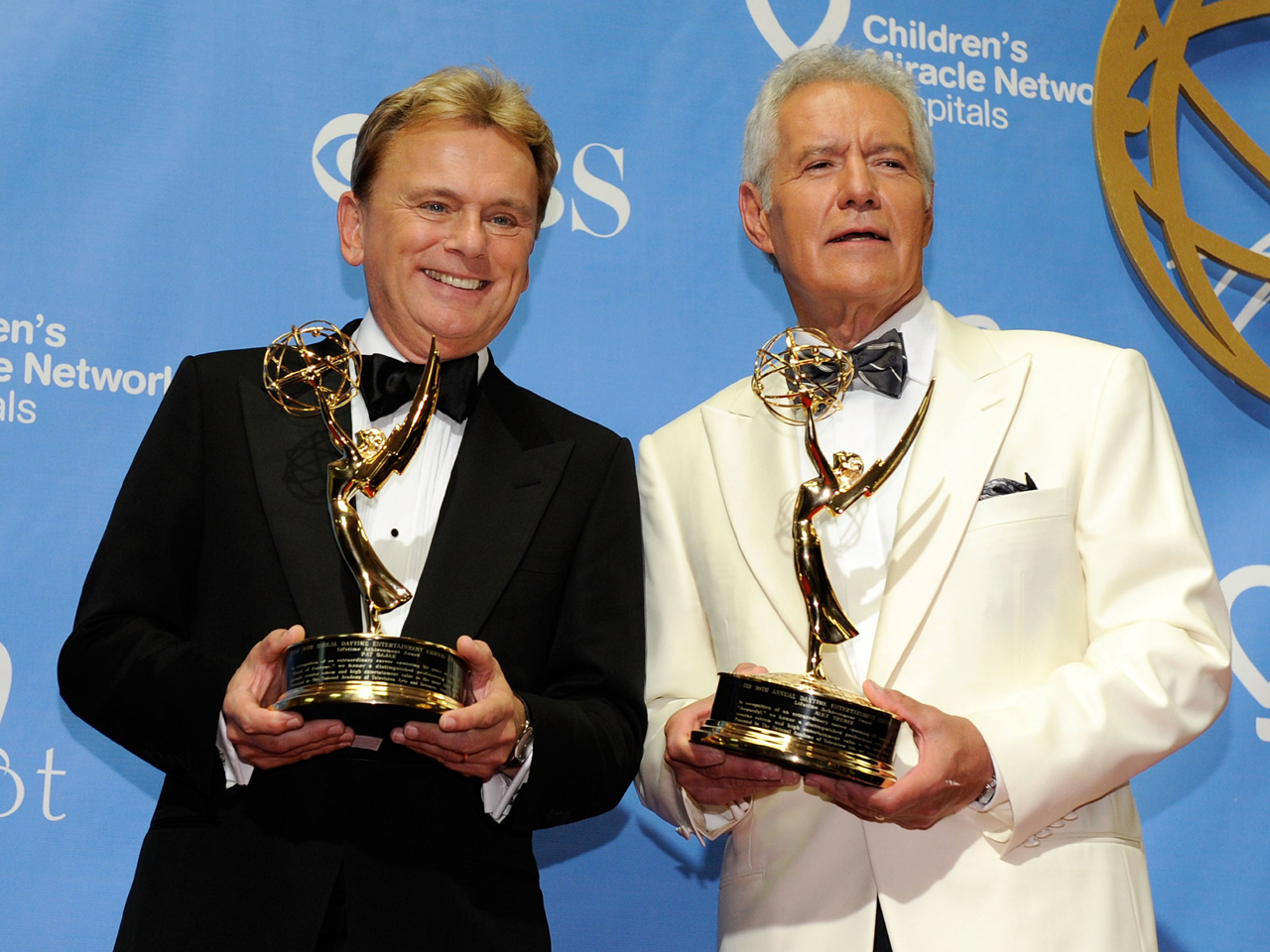 "We're part of Americana," Trebek said backstage, with Sajak alongside him. "People, when they hear the themes to 'Wheel' and 'Jeopardy!', they know immediately what the reference is. Part of that is because we've been on for so long. We hope it will continue for as long as we want to do it."

Trebek has quizzed brainy contestants for 27 years, while Sajak has been selling vowels for 30 years.