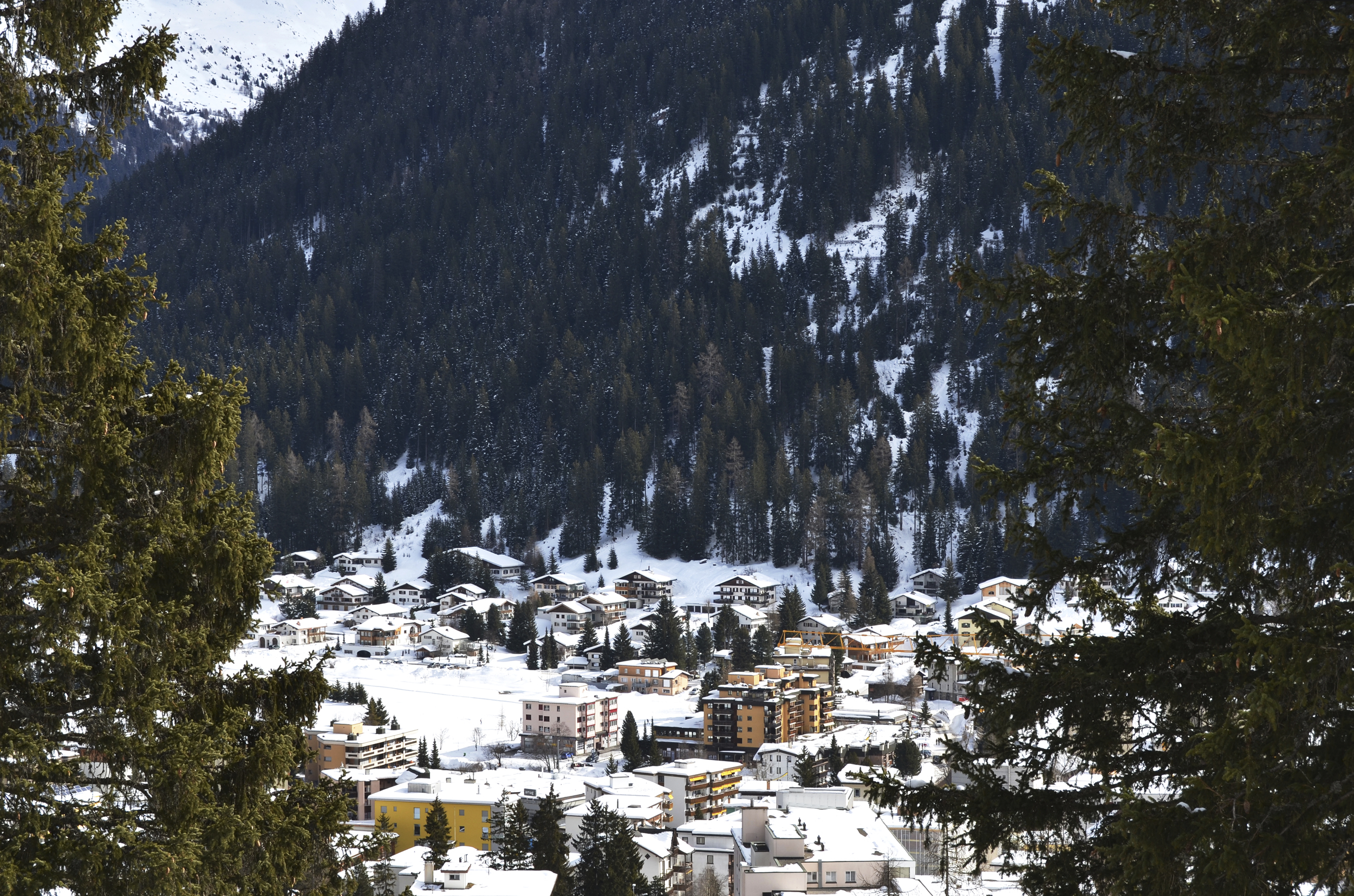 Bill Gates, Yo Yo Ma and Queen Maxima of the Netherlands walk into a bar. That's not the set-up for a lame joke, but rather an entirely plausible scenario as luminaries from the worlds of politics, business and other fields converge on Davos, Switzerland, for the 46th annual meeting of the World Economic Forum (WEF). Let the schmoozing begin.

The opportunity for chance encounters of the awesome kind is part of the conclave's allure, an outgrowth of the forum's foundational belief that global problems are best tackled by a motley crew of high-achievers.

How motley? Among those scheduled to attend this year's event, which runs Jan. 20-23, are Vitali Klitschko, former heavyweight champion of the world and now mayor of Kiev, Ukraine; champion freediver and filmmaker Hanli Prinsloo; Wikipedia founder Jimmy Wales; and actors Kevin Spacey and Emma Watson. Davos doesn't do supporting players.

"Probably most useful are the fascinating people I've met outside my field of expertise and networks, who otherwise I might occasionally read [about] but never come across," said Ian Bremmer, CEO of Eurasia Group, a political risk consulting firm, and a regular participant at Davos. "It's also a unique global stage to present on important topics -- it's always good to know that you need to bring your 'A' game, or else."

The parties aren't bad, either. At one famous shindig thrown by former Facebook (FB) President Sean Parker during the 2013 WEF annual meeting, specially made stuffed animals illuminated dancers with lasers shot from their eyes, and the musical entertainment came courtesy of John Legend. Presumably, alcohol was involved.

According to Davos veterans, it's at such private gatherings, rather than the event's formal panel discussions, where the real action is and why so many power brokers make their annual pilgrimage to the alpine resort.

"It's still a place you should go if you're really looking to reach a wide audience of influencers in a very short period of time," said Jennifer Risi, managing director and head of media at public relations firm Ogilvy Media Influence, which is back in Davos this week, along with a number of its clients. "It's a place where you can walk into anyone: heads of state, celebrities, world business leaders. That's why people go -- for the access and to make deals."

German economist Klaus Schwab founded the WEF in 1971 with a seemingly simple goal: to make the world a better place. "Moral and intellectual integrity is at the heart of everything it does," the WEF says in describing its ethos in the group's characteristically earnest tone. "We believe that progress happens by bringing together people from all walks of life who have the drive and influence to make positive change."

That's one theory. Certainly a healthy debate could be had with Vladimir Putin, a past Davos attendee, or with the Wall Street CEOs who jet into Davos every year to expound on what kind of "positive change" they envision.

That's less a dig at the Russian president or the titans of finance than a recognition that "change," as the WEF blandly puts it, usually amounts to a cut-throat contest of interests rather than a collegial exercise in consensus-building. Israeli Prime Minister Benjamin Netanyahu and Iranian President Hassan Rouhani, who are both expected in Davos this week, are unlikely to hug out their countries' differences over an apres-ski schnapps.

Put another way, the best and brightest may gently lead progress forward by the hand, or -- depending on whose interests we're talking about -- cuff it to their private agendas.

David Rothkopf, CEO and editor-in-chief of Foreign Policy magazine and formerly U.S. Deputy Under Secretary of Commerce for International Trade in the Clinton administration, highlights another important reason movers and shakers go to Davos: to see why other movers and shakers are there.

"I once joked that Davos is the factory where conventional wisdom is manufactured. But that's not a slam. That's how many people use it -- to get a sense of prevailing views," said Rothkopf, author of "National Insecurity: American Leadership in an Age of Fear" and a speaker at this year's event, by email. "Some go along with those views. Others take contrarian stands. But it is a pretty good sample of leaders, and so useful for this kind of 'market research.'"

The theme of this year's event is "The Fourth Industrial Revolution," which Schwab describes somewhat nebulously as a "fusion of technologies that is blurring the lines between the physical, digital and biological spheres" and which he says "will fundamentally alter the way we live, work, and relate to one another."

Such high-altitude predictions, while standard for Davos, may not do much to chart the future -- it's in the nature of technology to transform how we live, after all. And when it comes to coping with the present, issues such as climate change, slowing global economic growth and rising income inequality might be more on point, with much of the world still struggling to rebound from the 2008 financial crisis and a new storm threatening to drench the recovery.

But Schwab is certainly on safe ground underlining the transformative impact of mobile communications, social media, artificial intelligence, robotics, gene splicing and other innovations. He also correctly recognizes that tech, absent the right public policies, is just as capable of dividing people by nationality, education, income and opportunity as bringing them together.

Less clear is what high-minded talk can do to bridge these gaps, especially when the gaps are created and enforced by some of the very interests charged with eliminating them.

"There's a hope among many in this field that we've gotten beyond geopolitics, when actually it's getting much more dangerous. The impact of the 'fourth revolution' on that point is critical, and I don't think we're close to mastering it," Bremmer said.

Looking for a few good women

Perhaps the most serious criticism leveled at Davos over the years is that attendees -- who must be invited by the WEF -- represent a narrow range of political and economic views. The result, critics say, is a herd-like tendency to accept pro-market nostrums and to trumpet the virtues of globalization rather than examine its vices.

That charge is truer of Davos past than more recent editions, when issues such as inequality, global warming and capitalism were squarely in the frame and groups such as Greenpeace and labor activists were invited to participate. But there is one obvious way the event could be better.

"The Davos audience could use a better balance of women above and beyond anything else," Rothkopf said. "It has been 16-17 percent women for several years -- there's no excuse for that in an invitation-only setting. Is it possible to find another 1,000 women to even the balance? Of course. The effort should be made. Asian, African and emerging market participation could also be better."

World Economic Forum officials, hyper-conscious of the group's standing, are working to make the event more representative and inclusive. And finally, Rothkopf adds, it is important to remember this: "[Y]ou can be as cynical about Davos as you want -- they do try to make a difference, and for that they deserve enduring credit."