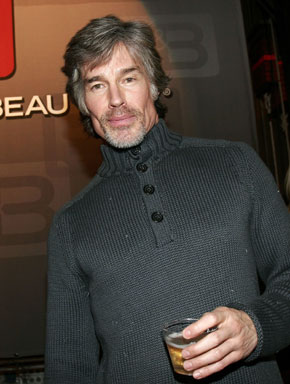 Davis, mentioned as a candidate for several college and NFL coaching jobs, said Wednesday there were just a few details left to be worked out in his new contract with Miami.

"I hope to try to meet with (Miami athletic director) Paul Dee. Maybe we can get together on the plane on the way to Miami and get it signed this morning," Davis said. "I'd like to really get it done as soon as possible."

Miami has offered Davis a new five-year deal worth about $1.3 million annually. Davis, 49, is in his fourth year of a seven-year contract that pays him about $900,000 annually.

Davis has said that the final sticking points were salary structure, not amount.

About nine hours after guiding No. 2 Miami to a 37-20 Sugar Bowl victory over Florida that could result in a share of the national championship, Davis said his next goal is to keep the Hurricanes on top.

"Just to keep doing it," Davis said when asked what he has left to prove as a college coach. "I'd like to be like Xerox - just do it better than anybody else as often as you can."

Davis certainly has had chances to leave Miami.

Davis has also said that he would not be interested in coaching the Washington Redskins or the expansion Houston Texans.

Davis said he had spoken to Dee "casually" over the past few days.

Dee and Davis' agent, Marvin Demoff, will try to finalize a new deal over the phone, Davis said.

"If they can't completely hammer out the last one or two issues, hopefully they'll meet in person," he said.

Davis is 51-20 since taking over at Miami in 1995, when the Hurricanes were strapped by NCAA sanctions.

In 1996, Miami went 5-6 and lost to archrival Florida State 47-0. But just four years later, Davis put the Hurricanes in position to challenge for their fifth national title since 1983.