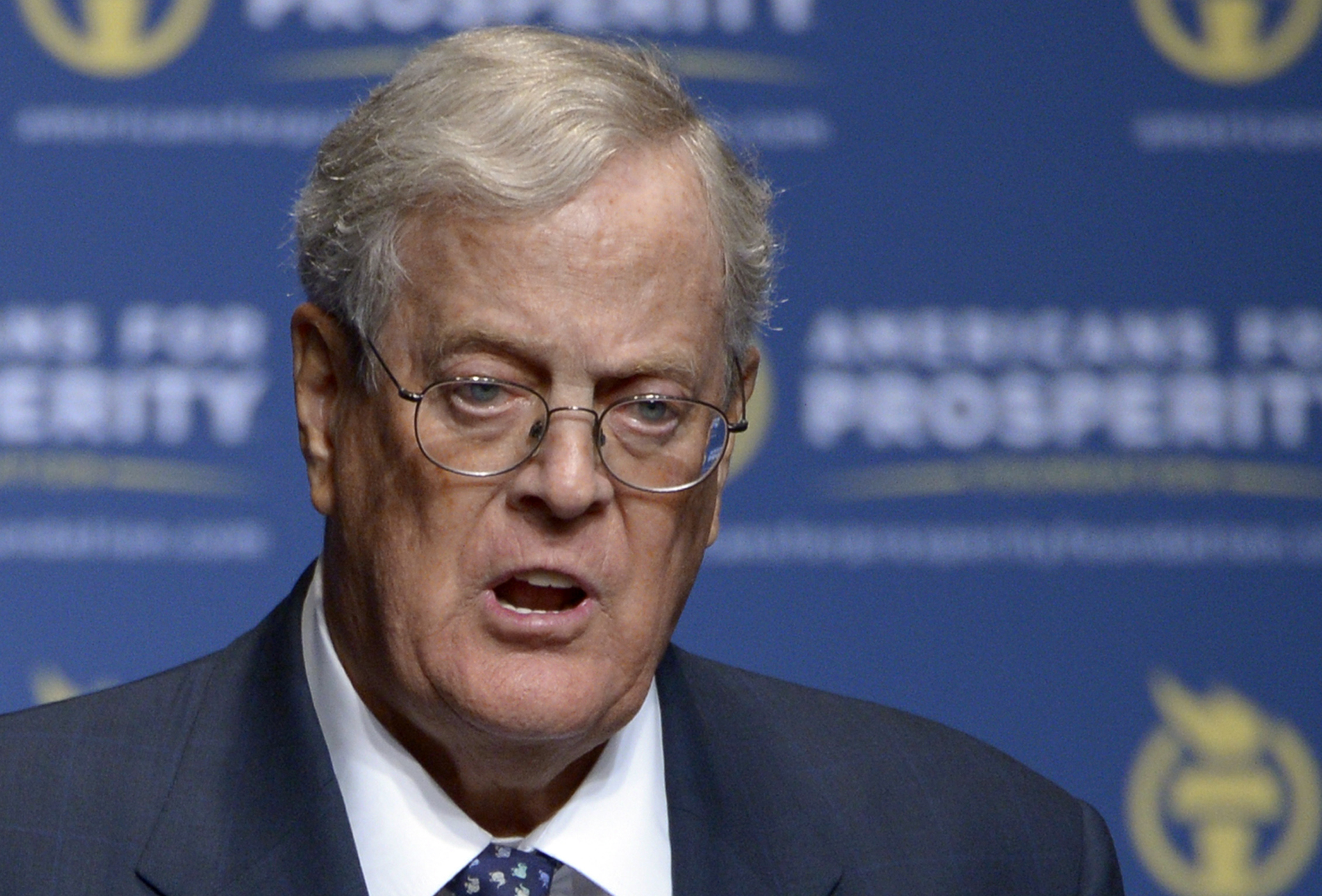 Indian Wells, Calif. — The network backed by Charles and David Koch realizes 2018 will be a challenging environment — and they're going "all in" to defend their policy priorities and candidates who support them, to the likely tune of roughly $400 million. That would be likely the largest investment the Koch network — the affiliated groups backed by the brothers and donors — has ever had in a midterm election, and significantly more than the roughly $250 million they spent during the 2016 presidential cycle.

Last summer, the Koch brothers' political network projected it would spend $300 to $400 million on politics and policy in the election, but now, spending will be on the "high end" of that.

"So we're all in," said Tim Phillips, the president of the network's political advocacy arm Americans for Prosperity, at a gathering of the Koch-affiliated Seminar Network in Indian Wells, Calif., Saturday.

Allies of the network — about 700 of them — are meeting this weekend to discuss the intersection of policy, politics and philanthropy in 2018 and beyond. The tone of leaders in the Koch network Saturday, the first day of the three-day gathering, was one of optimism, coming off of what Phillips described as perhaps the most effective policy year yet. They count reforms in the Department of Veterans Affairs, the nomination of U.S. Supreme Court Justice Neil Gorsuch, and — perhaps most of all — tax reform as significant, long-lasting accomplishments in Washington, D.C.

But there's no denying that history and polling don't favor Republicans, the party with which the Kochs have generally aligned themselves. According to Real Clear Politics, Democrats, on the generic House ballot, Democrats beat Republicans by about 8 points, as of polls aggregated between Jan. 8 and Jan. 23. Historically, midterm elections don't favor the party in power, as Phillips was quick to highlight. Elections in Virginia and elsewhere have revealed momentum for Democrats.

"The left is energized, there's no question about that," Phillips said.

The unspoken aspect of the challenging 2018 environment is President Trump, who continues to struggle with approval ratings lower than his recent predecessors at this point in their presidencies. The Koch brothers themselves declined to spend anything on the 2016 presidential race between Donald Trump and Hillary Clinton. But that tone seems to have shifted since the 2016 election, and Koch-related entities are finding ways to work with the Trump administration. Marc Short, for instance, the White House's director of legislative affairs, previously worked in Koch world, at Freedom Partners.

Now, they want to protect what they consider significant accomplishments in the administration, and work to further them.

Part of that includes an infusion of up to $20 million on selling tax reform to the public — after already spending $20 million on passing the legislation Mr. Trump signed into law at the end of last year.

Other than that, much of their spending strategy in 2018 has yet to be seen. But, it likely won't be focused on the upcoming primary races.

"Historically, we have not gotten involved with primaries," Phillips said.

Leaders in the Koch network on Saturday were hesitant to share what specific requirements they might have for backing candidates, on immigration or any other policy area. The Seminar Network on Saturday issued a statement Saturday supporting the White House's proposal for a path to citizenship for young immigrants, but expressed concern over the proposal to end extended family-based migration.

"If you're not a champion, it's going to be hard to support you," said James Davis, president of In Pursuit Of, the relatively new public relations arm affiliated with the Koch network.

"We're going to be there for our champions, and that's what we've consistently said and done."