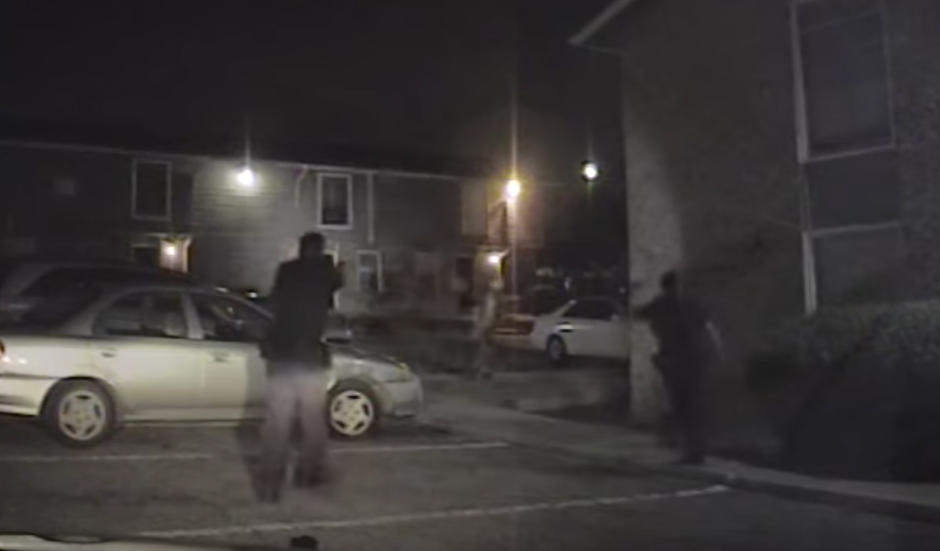 FORT WORTH, Texas — A police dashcam video appears to show a Texas officer shoot a black man as he’s walking away from the officer and not posing any immediate threat.

A lawyer for David Collie released a copy of the video showing the July encounter with a Fort Worth officer and a Tarrant County sheriff’s deputy. The officer and deputy were off-duty at the time and working a security detail together at an apartment complex, attorney Nate Washington said Wednesday.

He said Collie was shot in the back, leaving him paralyzed.

Police at the time were searching for two shirtless black men who they believed had committed a robbery near a gas station, Washington said. Authorities said in a news release they issued at the time that Collie pulled a box cutter from his pocket and pointed it at the officers.

Collie was charged with aggravated assault on a public servant but a grand jury declined to indict him.

Fort Worth police did not respond Wednesday to a request for comment on the incident.

Collie, 33, was walking from work to a friend’s apartment when the officers approached him in the patrol vehicle, Washington said. It was the Fort Worth officer who shot Collie, Washington said, and the video appears to show the officer firing his weapon about 10 seconds after exiting the vehicle and as Collie walked away.

The video was obtained about three weeks ago from the Tarrant County district attorney’s office through an open-records request, Washington said. The attorney said he released the video Tuesday at a news conference at Collie’s insistence because Collie was tired of comments made to his mother by people assuming he must have done something wrong.

Washington said Collie wanted to make clear he “didn’t do anything to threaten an officer.”

Release of the shooting video came just days after the Fort Worth police were in the spotlight over another incident. A cellphone video captured a white Fort Worth officer last week wrestling a black woman to the ground and then arresting her and her two daughters. The officer appeared to be argumentative and escalate the encounter with the woman, who had called police following an encounter between her son and a neighbor. The video has been viewed millions of times.