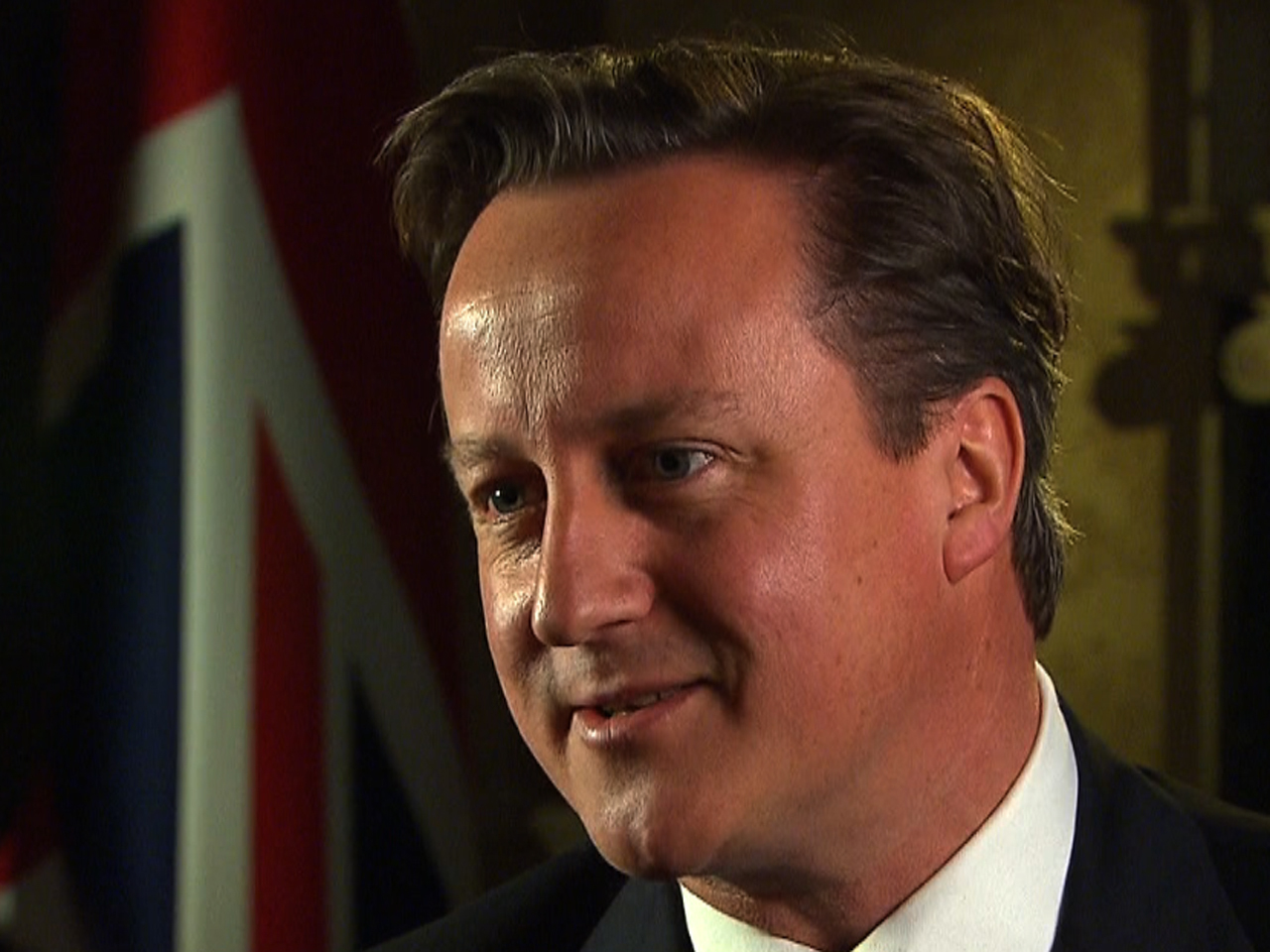 The four-day celebration marks the queen's sixty years on the throne.

"I think the British people are very good at understanding the difficulties that a country and an economy can face when you've got these debt problems and debt issues all over the world," Cameron told "CBS This Morning" co-host Erica Hill Sunday. "When there really is something to celebrate we really do do it properly," Cameron said. "And I think that's what you see."

It's estimated that more than one million peopleturned out in the drizzling rain to watch the Jubilee Pageant featuring over 1,000 boats go up the River Thames. Cameron spoke with CBS News before the pageant.

"You can see a great well spring of enthusiasm for the monarchy and for the queen personally," Cameron said. "And people know there's something to celebrate even at a difficult economic time."

Cameron lauded the queen's "incredible record of service," and highlighted Her Majesty's knowledge and insights into world affairs. "In Her Majesty the queen, you've got someone who's listened to eleven prime ministers before me starting with Winston Churchill," Cameron said. "So she's heard it all before and seen it all before but does have tremendous reserves of knowledge but also great British common sense."

"She has great insights and great knowledge from all the conversations that she's had over the years," Cameron said. "So she asks brilliant questions that make you think carefully."

(Watch more of the interview with Cameron in the video player above.)