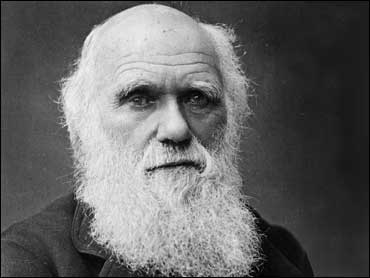 This article was written for CBSNews.com by Muni S. Jaitly.

Amidst a roiling national debate on whether intelligent design deserves a place in public school curriculums, a new exhibit in New York sheds light on the man behind the controversy: Charles Darwin.

The new exhibit at the American Museum of Natural History is being hailed as the most in-depth exhibition ever mounted on Darwin, the father of evolution theory. The exhibit features artifacts from his life, and elements of his studies on beetles and animals of the Galapagos Islands.

Vivien Magasiner, 62, was in town from South Africa and said she did her homework before getting on the plane to New York. "We believe in Darwin, absolutely we are there. Evolutionary theory is not anti-faith," she said.

Richard Lustberg, 53, came to "Darwin" to broaden and enrich his children. "Just because evolutionary theory says we came out of the seas doesn't mean a supreme being had no part in it," he said.

The controversy, which has been making headlines in recent months, revolves around evolutionary theory and its place in public classrooms.

Proponents of Darwin in the classrooms argue that his theory hasn't been disproved in over 100 years and that it's just science. Those against evolutionary theory argue that Darwin doesn't leave room for intelligent design, the idea that complex organisms were created by a supreme being (i.e. God) on purpose.

Earlier this month, citizens of Dover, Penn., voted out of office all school board members who were in favor of intelligent design in the classroom. Further west, the Kansas State Board of Education ruled that intelligent design theory should be included in the high school curriculum.

The opening of the exhibit was three years in the making; no one on the museum had any idea that evolution would be such a hot button issue in 2005, said Dr. Christopher J. Raxworthy, Associate Dean of Science for Education and Exhibition at the museum.

"Our exhibition presents evidence and scientific understanding of Darwin's work. [Evolutionary] theory is not a hunch. It is a robust body of knowledge," he said.

The exhibit includes actual beetles Darwin collected throughout his lifetime (he was fascinated by them since childhood), fossils, and ferns like the ones he studied. A green iguana and Galapagos turtle are part of the live attractions.

Artifacts from his life include a rock hammer, magnifying glass, and the Bible he kept with him on his travels. Halfway through the exhibit is a recreation of Darwin's cluttered study, filled with furniture, stationery and liquor jar.

Jack Albert, 77, was fascinated by the collection. "I was interested in Darwin. It's great to understand it all," he said.

Darwin's genius was in finding a viable mechanism for evolution; but he wasn't the first to propose that all life shared common ancestor. Darwin's grandfather, Erasmus Darwin, had speculated that species had evolved.

In 1831, Darwin sailed around the world aboard the HMS Beagle, a tiny ship some 90 feet long. The journey, which took the crew around the coast of South America, enabled Darwin to see the natural world, retrieve fossils, ferns, and live animals from species across a continent -- something scientists didn't get a chance to do at the time. He called the trip the most "important event of his lifetime."

"Ultimately Darwin was patient and good at observing things. He had a very broad understanding and was able to connect the dots," said Dr. Raxworthy.

Darwin made his most critical observations at the islands of the Galapagos. Species on these islands resembled those on land hundreds of miles away, but Darwin noticed differences within species from island to island.

His conclusion: species evolved over time. How else could he explain slight differences, like the shape of a finch's beak, from island to island?

For 20 years, Darwin sat on evolutionary theory, afraid that his writings would offend the Church and its followers who believed that a supreme being created man. In 1844 Darwin wrote to a friend that publishing his thoughts on evolution would be like "confessing a murder."

Before Darwin finally published "The Origin Of Species" in 1859, humans were not considered part of the natural world. As the exhibit shows, back then it was unthinkable that all life was related; it was an 'us versus them' mentality.

Darwin's theory of evolution, involving concepts of common traits, survival of the fittest, and natural selection, was truly revolutionary. His theory encapsulated the vast and marvelous diversity of life on Earth. Darwin did so using his eyes and the simplest of tools -- without electricity.

A section of the exhibit reads, "Still, nothing we have seen contradicts the essence of Darwin's theory."

What's striking, says Dr. Raxworthy, is the simplicity of Darwin's theory. "Yet it has given us a new understanding of the world."

Dr. Raxworthy said in many ways it's fortunate that evolution is getting more attention by the media. "It is a great opportunity for people to come through and draw their own conclusions ... Hopefully people will come to accept evolution."

Roger Brunson, 26, said of the exhibit, "It's important to find a compromise between faith and theory. It's also important to be aware of the controversy."

"Darwin" is at the American Museum Of Natural History until May 29, 2006. The exhibition will make stops in Boston, Chicago, and Toronto.