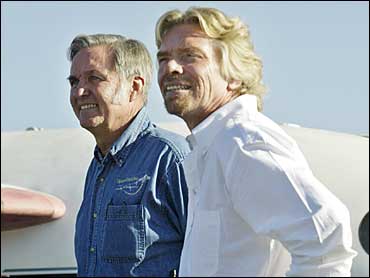 From the time he was 3 years old, Daniel Ost knew he wanted to work with flowers. Today, at age 46, the Belgian is the world's leading flower designer. His artistry is in demand by royalty, celebrities, and corporations and his installations, which last only a few days, cost hundreds of thousands of dollars. CBS News Sunday Morning Anchor Charles Osgood reports.

"I think the moment you cut something which has been growing, you must be respectful to it. When you use it, you must invest yourself in it. Otherwise, you must leave it growing. I think the least I can do is pay respect to my material and make sure that it is shown in the best way."

The respect Daniel Ost has for flowers is easily matched by the respect flower lovers have for him. Though relatively unknown in America, Ost is celebrated throughout Europe and Japan as the world's leading flower designer.

His eye and his talent were recently put to the test in Naples, Fla., where he and 10 helpers were summoned from their native Belgium and given a deadline: Six days to create a sprawling multifaceted display for a New Year's Eve fundraiser.

The cause was a good one: A foundation that helps the children of laborers in the nearby town of Immokalee. His host's instructions were specific and challenging: Incorporate plants native to the area.

"The main thing about this decoration," said Ost, "is to make the people experience Immokalee in a different way, because they will see everyday plants in a totally different shape."

Robin Williams, in private and public

He chose oak and several kinds of palms -- and Spanish moss, which he had never seen growing before. (In Europe, they use it for such mundane purposes as wrapping flower pots.)

"He told me what he wanted, and I thought, 'Now why does he want that?'" said Bruce Pawlus, the chief gardener for the Collier family, the hosts of the fundraiser.

For 20 years, Ost's base of operations has been a flower shop he started with his wife, Marianne, in his hometown of St. Niklaus, Belgium, an hour from Brussels. From the shop, he creates pieces, like one to celebrate the king of Belgium's 60th birthday or flowers for the royal wedding of the prince.

"It's a custom in Belgium that when you work for the royal family, you work free of charge," he says. "I had to find 80 people who wanted to work three days and three nights free of charge and a sponsor to deliver 30,000 flowers. So it was quite stressy."

Playing "beat the clock" with perishables makes every job nerve-wracking. In Florida, the flowers he was importing to counterpoint the local plants got stuck in customs.

"They came out exhausted, and I had to treat them one by one with a shock of hot water, and I didn't lose anything," he says. "It was this close."

As the week wore on, more manpower was drafted, and everyone began working around the clock

Decorating parties enables Ost to pursue his real passion: crafting living sculptues. He says that is the only time he's really free to explore, with no clients calling the shots.

"It's my kind of writing, like an author writing a book," he explains. "This is my way of expressing my emotions, expressing my feelings about life. I think that once you cut a leaf or a flower, and you bring it to another context, it stops being a flower. It stops being a leaf. It becomes an abstract object."

Ost has three volumes of photographs called Leafing Through Flowers.

In Japan, where flower arranging is a treasured art, Daniel Ost is revered as a superstar. Since 1983, he's built more than 30 installations there. He says these visits to Japan have opened his eyes.

And, the day of the party, the palms and oaks and Spanish moss had been transformed by Daniel Ost. And he seemed almost satisfied, too.

"It's perfect. It's very good," he says, adding, "Just have to change a little bit the lighting, and everything will be fine."