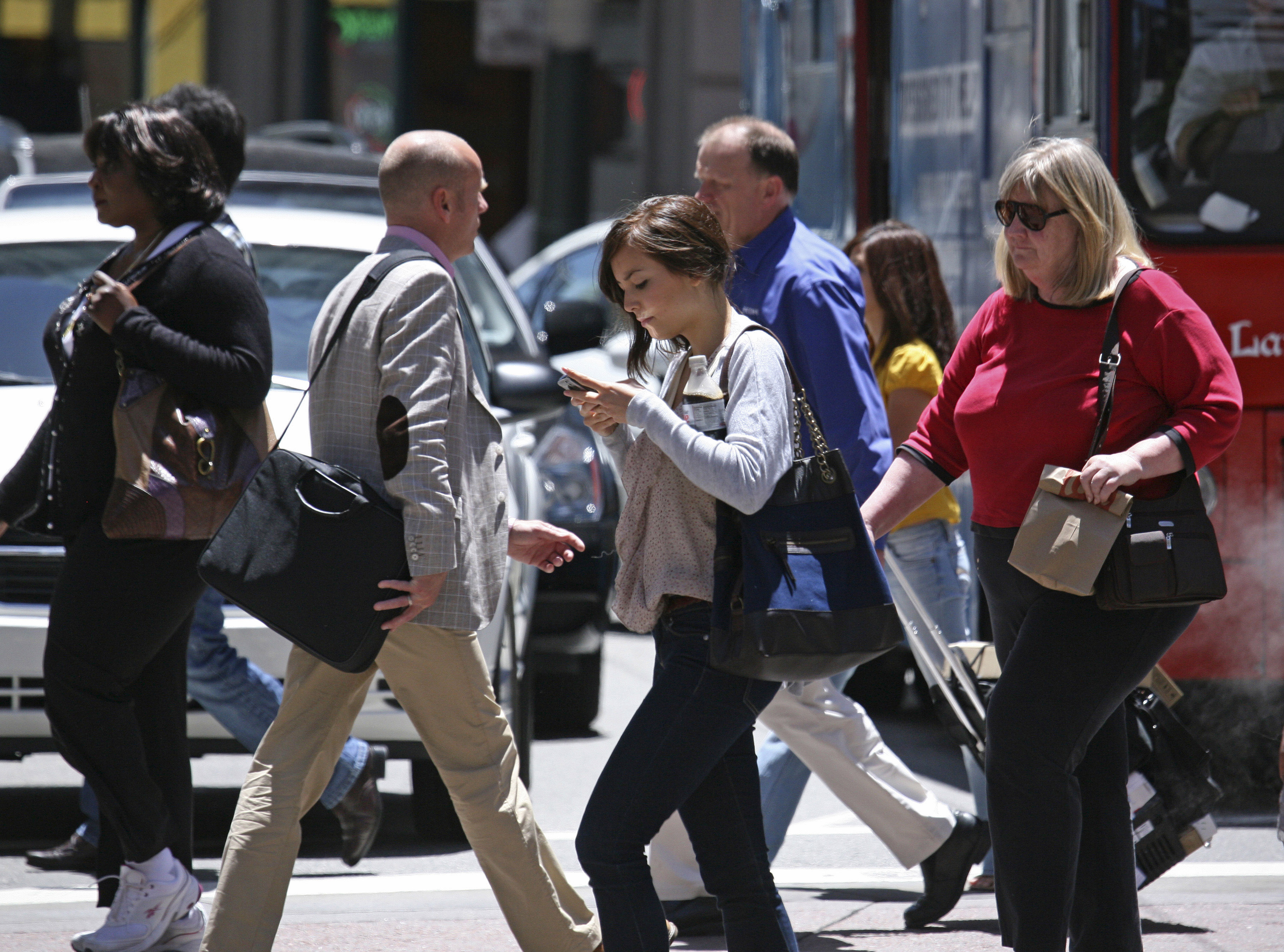 An estimated ten percent of pedestrian injuries that land people in emergency rooms are due to distracted walking, a recent study found. That's thousands of people injured -- sometimes killed.

In San Diego, investigators believe Joshua Burwell may have been trying to take a picture of the sunset when he took a fatal fall some 40 feet off Sunset Cliffs.

"He wasn't watching where he was walking and looking more down at the device," said San Diego Lifeguard Sgt. Bill Bender.

It's a tragic example of a growing problem -- people distracted by their phones or other devices. One mall security camera captured a woman focused on her phone walk straight into a fountain.

Another video shows a man talking on his phone walk right off the train platform.

In a recent study, 78 percent of Americans said distracted walking is a serious issue.

Another study found people using their phone while walking veered off course 61 percent of the time, and overshot their target 13 percent more than when they were not distracted by their device.

While the number of emergency room visits for distracted walking injuries doubled between 2005 and 2010 to more than 1,500, Dr. Claudette Lajam, an orthopedic surgeon, believes the problem is actually much bigger.

"A lot of people don't admit that they do it," said Dr. Lajam. "It's getting worse as we have more and more features on these devices that we carry around with us that can distract us."

Researchers at Ohio State found millennials ages 21 to 25 are the most likely to be injured. And the National Safety Council says nearly 80 percent of the injuries stem from falls, estimating more than half occur at home.

For the first time, the National Safety Council is including distracted walking as a category in its annual report on unintentional deaths and injuries.

While it sounds like common sense, looking up while walking and checking both ways before crossing the streets really goes a long way to keeping you safe.