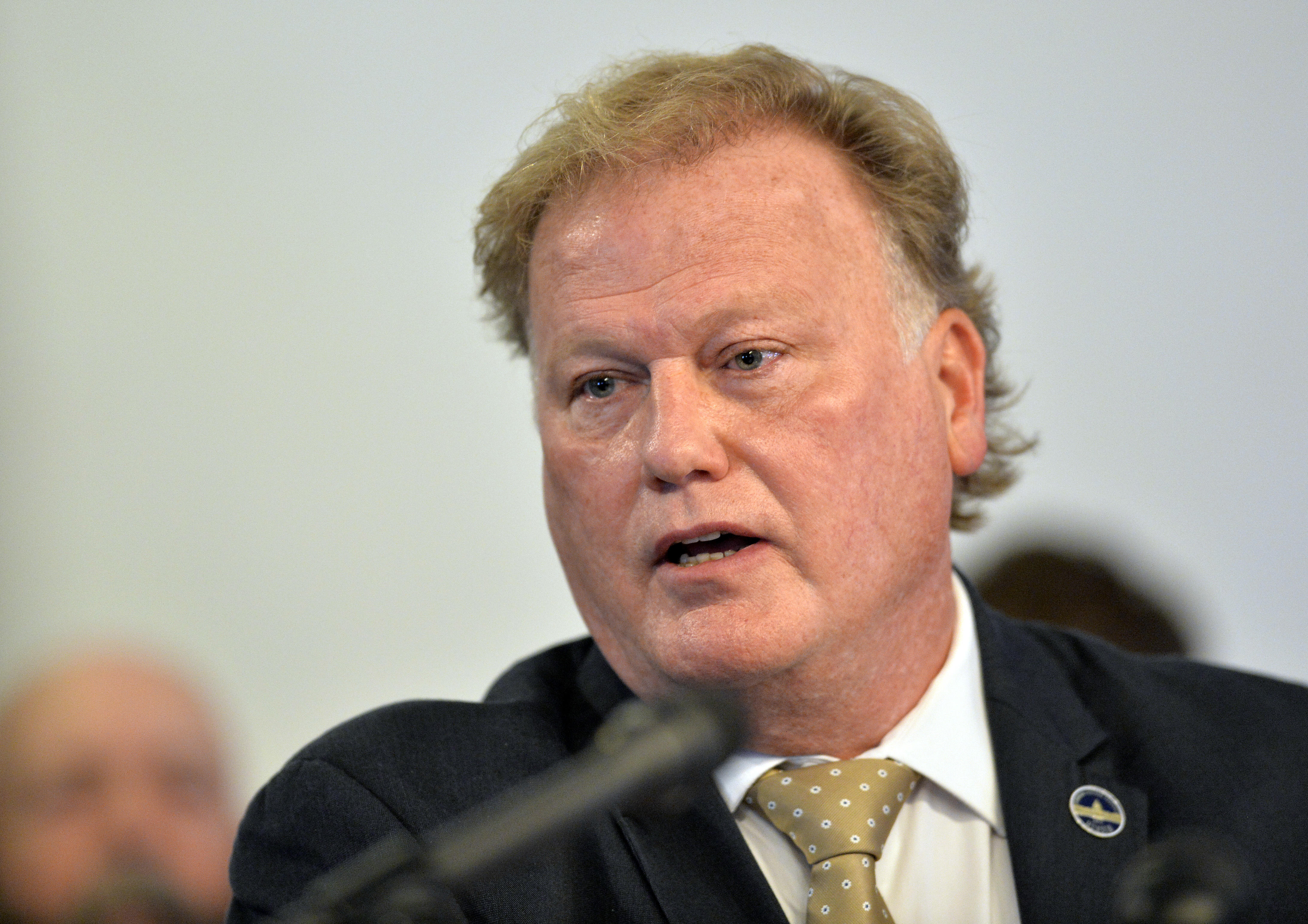 FRANKFORT, Ky. -- Dan Johnson, a Republican state lawmaker in Kentucky known for inflammatory Facebook posts comparing former President Obama and Michelle Obama to monkeys and who defiantly denied allegations that he sexually assaulted a teenage girl in the basement of his home, killed himself Wednesday night. He was 57.

Johnson was elected to the state legislature in 2016, part of a wave of Republican victories that gave the GOP control of the Kentucky House of Representatives for the first time in nearly 100 years. He won his election despite Republican leaders urging him to drop out of the race after some of his racist Facebook posts came to light.

The pastor of Heart of Fire church in Louisville, Johnson sponsored a number of bills having to do with religious liberty and teaching the Bible in public schools. But he was mostly out of the spotlight until Monday, when the Kentucky Center for Investigative Reporting published an account from a woman saying Johnson sexually assaulted her in the basement of his home in 2013.

At the time, the woman told police about the incident, who investigated but closed the case and did not file charges.

On Tuesday, Johnson held a news conference in the pulpit of his church, which he began by leading friends and family in singing a portion of the Christmas carol "O Come All Ye Faithful." He said the allegations against him were "totally false" and said they were part of a nationwide strategy of defeating conservative Republicans. He referenced Republican Alabama U.S. Senate candidate Roy Moore, who faces accusations of sexual misconduct from multiple women.

Shortly before 5 p.m. Wednesday, Johnson posted a message on his Facebook page that he asked people to care for his wife. He wrote that PTSD "is a sickness that will take my life, I cannot handle it any longer. It has won this life, BUT HEAVEN IS MY HOME." The post appears to have been removed.

According to WDRB, the coroner said police were alerted after someone saw Johnson's Facebook post, and officers then pinged Johnson's phone and found his body.

Michael Skoler, the president of Louisville Public Media, which owns the Kentucky Center for Investigative Reporting, released a statement saying they are "deeply sad" over Johnson's death. Skoler said they had repeatedly reached out to Johnson for comment over the course of the seven-month investigation.

The sexual assault accusations against Johnson were revealed as a sexual harassment scandal involving four other Republican lawmakers was unfolding at the state Capitol. Former Republican House Speaker Jeff Hoover resigned his leadership position after acknowledging he secretly settled a sexual harassment claim with a member of his staff. Three other lawmakers were involved in the settlement, and all lost their committee chairmanships.

"I am very sad over the passing of Rep. Dan Johnson. Over the past few weeks in some of the darkest days of my life, he reached out to me, encouraged me, and prayed for me," Hoover posted on his Twitter account Wednesday night. "Prayers for his wife, children, grandchildren and all affected by this sad event."

Sen. Rand Paul (R-Ky.) and Ky. Gov. Matt Bevin also posted on Twitter about Johnson's death. Paul called it "just terrible news" while Bevin wrote that "may God indeed shed His grace on us all...We sure need it."