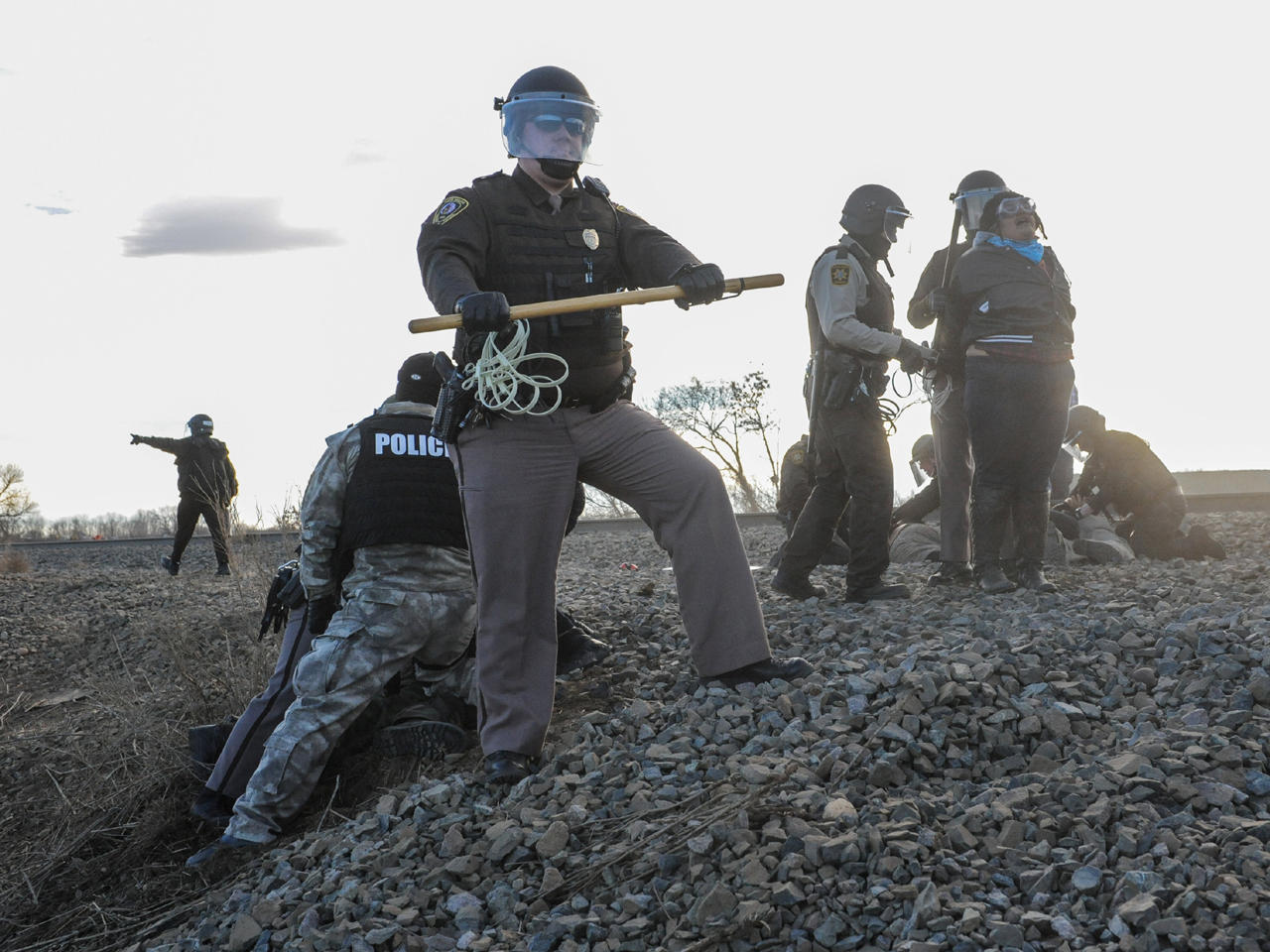 BISMARCK, N.D. -- The hundreds of arrests during the months of protests against the Dakota Access oil pipeline in North Dakota have created an unprecedented burden for the state’s court system, which faces huge cost overruns and doesn’t have enough judges, lawyers and clerks to handle the workload.

Police have made nearly 575 arrests since August during clashes at the protesters’ main camp along the pipeline route in southern North Dakota and at protests in and around the state capital, Bismarck, about 50 miles to the north. That’s far more arrests than these areas typically deal with and it could lead to delays in bringing cases to trial, experts say.

The standoff appeared unlikely to end, with protesters vowing Tuesday to remain at the camp in spite of an evacuation order from North Dakota’s governor.

“We don’t have sufficient judges to get all of those cases heard in a timely fashion,” said Sally Holewa, North Dakota’s state court administrator.

The state judicial system will ask the Legislature next year for an additional $1.5 million to cover protest-related costs. That amounts to about 1 ½ percent of its current two-year budget.

“This is a first,” Holewa said. “The judicial branch has never had to ask for a deficiency appropriation in its history,” which dates back more than a century.

The protest-related cases also are putting a pinch on the organization that provides public defenders in North Dakota. The Commission on Legal Counsel for Indigents might seek an additional $670,000 from the Legislature, which amounts to about 3 ½ percent of its current two-year budget, according to its executive director, H. Jean Delaney.

“It is highly unusual,” Delaney said. “We did make a (similar) request once before, during the oil boom, in the 2013-15 biennium. It’s kind of interesting - it was kind of a similar situation, where court cases really grew.”

The commission has accepted more than 225 protest-related cases. They are being handled by 65 defense attorneys, and the commission is seeking seven more.

South Central District Court, where the cases are being handled, didn’t immediately have data on the total number of cases or any backlogs. However, Holewa said the sheer volume of cases raises concerns about the defendants’ right to a speedy trial and due process.

“Any time justice is unduly delayed, it causes issues,” she said. “You have issues with people’s memories, and (in this case) you also have people from out of state - not just those charged, but also police officers from out of state. All of that makes it essential that we try to get these cases heard timely.”

The $3.8 billion pipeline to carry North Dakota oil to a shipping point in Illinois is nearly complete, aside from a stretch beneath a Missouri River reservoir in southern North Dakota. Pipeline developer Energy Transfer Partners says the pipeline will be safe, but the Standing Rock Sioux tribe says the project threatens the drinking water on its nearby reservation as well as some American Indian cultural sites. People from around the country have taken up the tribe’s cause, with thousands of them congregating at the protest camp.

Fewer than 8 percent of the protesters who have been arrested are from North Dakota, according to data from the Morton County Sheriff’s Office. Nearly one-fourth are from the West Coast.

Most of the cases are being handled in state court. The federal court system apparently is feeling an impact, however. In court documents requesting a delay in an unconnected case, Assistant U.S. Attorney Gary Delorme told the judge that protests were “consuming significant time and attention.”

U.S. Attorney Chris Myers declined to elaborate or say how many cases the federal court system is handling. However, one high-profile case involving a Denver woman accused of firing shots at officers during a protest clash recently was transferred from state court to federal court.

Meanwhile, several pipeline protesters are suing Morton County, the city of Mandan and North Dakota law enforcement officials in federal court in Bismarck, saying their civil rights were violated during a clash with authorities earlier this month. Authorities have said their use of tear gas, rubber bullets and water spray was necessary to maintain order. The lawsuit seeks unspecified damages.