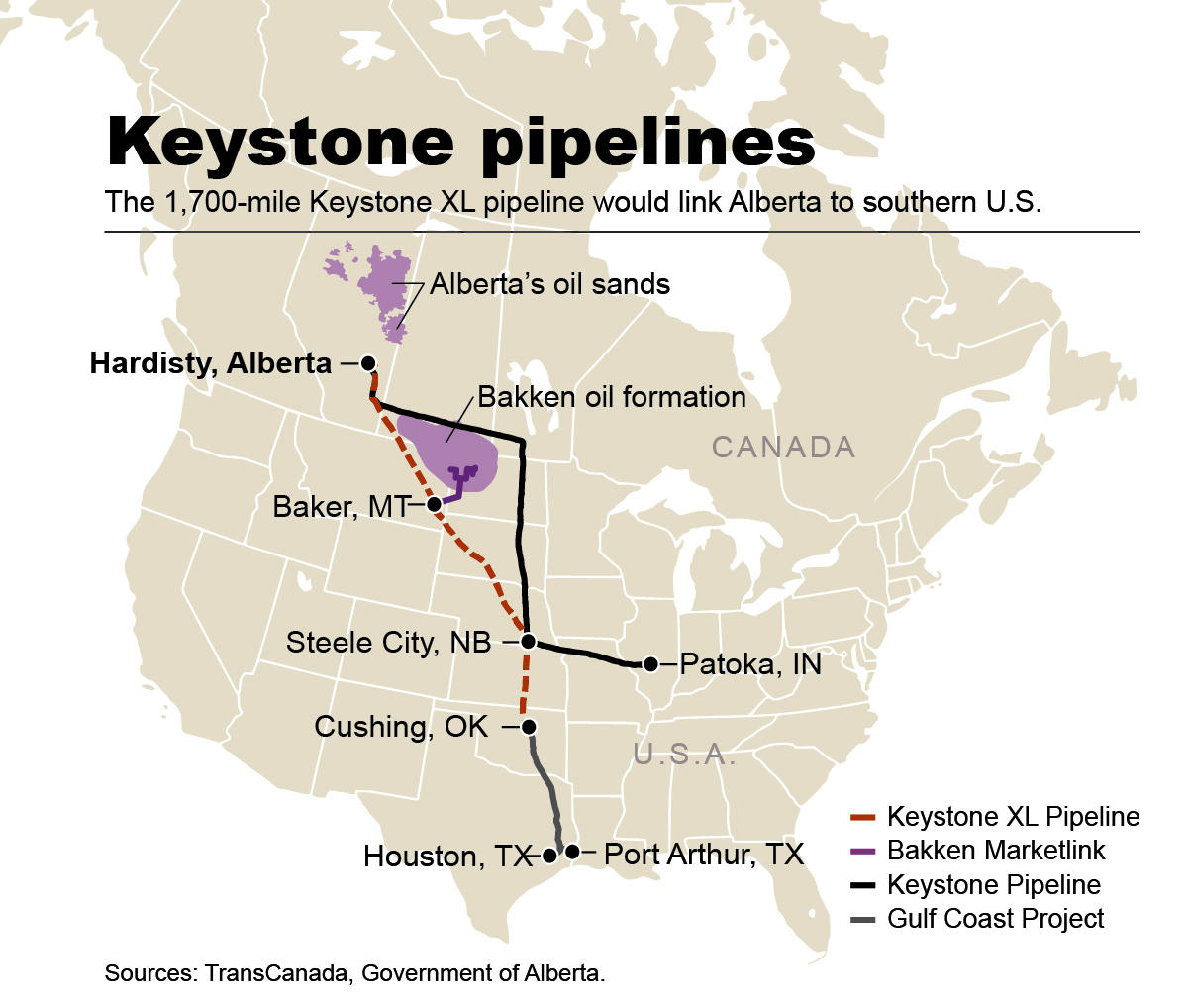 BISMARCK, N.D. -- The Army Corps of Engineers was ordered to allow construction of the Dakota Access pipeline to proceed under a disputed Missouri River crossing, North Dakota Sen. John Hoeven said on Tuesday, the latest twist in a months-long legal battle over the $3.8 billion project.

The Standing Rock Sioux, whose opposition to the project attracted thousands of supporters from around the country to North Dakota, immediately vowed to again go to court to stop it.

Hoeven announced late Tuesday that the acting Secretary of the Army, Robert Speer, had directed the Army Corps of Engineers to “proceed” with an easement necessary to complete the pipeline. Hoeven said he also spoke with Vice President Mike Pence, just a week after President Donald Trump signed an executive order signaling his support for the project.

A spokesman for the U.S. Army did not immediately respond to requests for comment Tuesday night. Hoeven spokesman Don Canton says that Speer’s move means the easement “isn’t quite issued yet, but they plan to approve it” within days.

The crossing under Lake Oahe, a wide section of the Missouri River in southern North Dakota, is the final big chunk of work on the four-state, $3.8 billion pipeline to carry North Dakota oil through South Dakota and Iowa to Illinois. President Donald Trump on Jan. 24 called on the Army Corps of Engineers to reconsider its December decision to withhold permission until more study is done on the crossing.

The pipeline has been the target of months of protests led by the Standing Rock Sioux, whose reservation lies near the pipeline’s route and who have argued that it’s a threat to water.

The tribe has vowed to challenge any granting of the easement in court, and Chairman Dave Archambault renewed that vow Tuesday night.

“If it does become a done deal in the next few days, we’ll take it to the judicial system,” Archambault said. He added: “This is a good indicator of what this country is going to be up against in the next four years. So America has to brace itself.”

Josh Fox, the documentary filmmaker behind “Gasland,” told CBS News’ that Hoeven making the statement is a “bullying tactic.” Fox said it went against the court’s ruling, and it is “disobeying the rule of law.”

The developer, Texas-based Energy Transfer Partners, says the pipeline would be safe.

An environmental assessment conducted last year determined the crossing would not have a significant impact on the environment. However, then-Assistant Army Secretary for Civil Works Jo-Ellen Darcy on Dec. 4 declined to issue an easement, saying a broader environmental study was warranted in the wake of opposition by the Standing Rock Sioux.

Energy Transfer Parters called Darcy’s decision politically motivated and accused then-President Barack Obama’s administration of delaying the matter until he left office. Two days before he left the White House, the Corps launched a study of the crossing that could take up to two years to complete.

The company appears poised to begin drilling under the lake immediately. Workers have already drilled entry and exit holes for the Oahe crossing, and the company has put oil in the pipeline leading up to the lake in anticipation of finishing the project, its executive vice president Joey Mahmoud said in court documents filed earlier this month.

Hundreds and at times thousands of pipeline opponents who have dubbed themselves “water protectors” have camped on federal land near the crossing site since last August, often clashing with police and prompting more than 625 arrests. The camp’s population has thinned to fewer than 300 due to harsh winter weather and a plea by Standing Rock Chairman Dave Archambault for the camp to disband before the spring flooding season.

Nine defendants who were arrested during protests appeared in court on Tuesday for jury selection and the beginning of their trial. All of those in trial today were charged with disorderly conduct, and one with the added charge of fleeing, CBS affiliate KXMB reports.