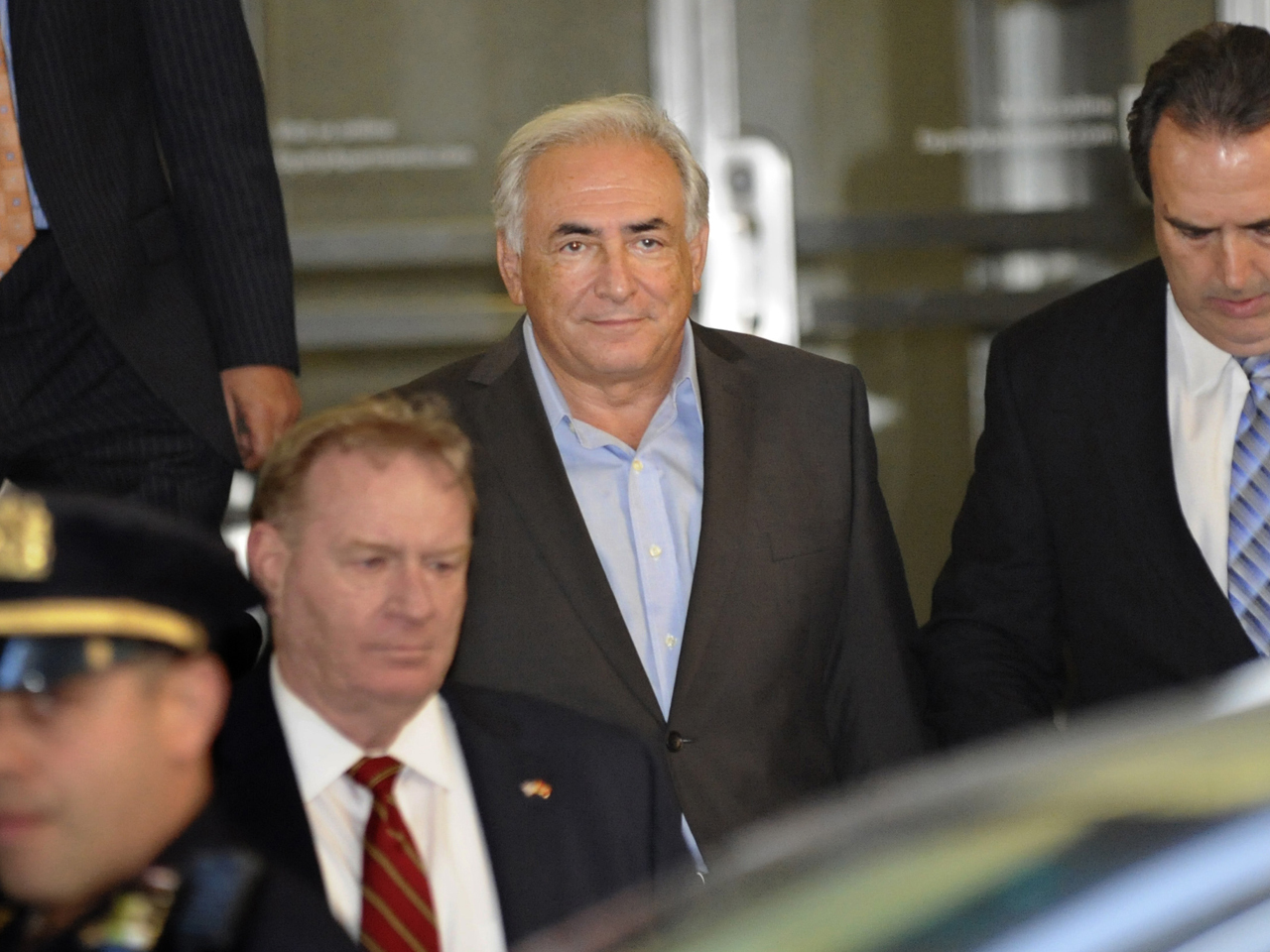 The hotel maid who accused former IMF director Dominique Strauss-Kahn of sexual assault admitted that she lied to a grand jury about the events surrounding the alleged attack, according to a letter sent from prosecutors to Strauss-Kahn's defense team.

The 32-year-old woman from Guinea accused Strauss-Kahn of chasing her through his luxury suite in May, trying to pull down her pantyhose and forcing her to perform oral sex.

Strauss-Kahn's semen was found on the woman's dress and she reported the alleged assault, but not as quickly as first thought. In a letter dated June 30, prosecutors that she admitted that she cleaned another room following the encounter with the French politician and then returned to Strauss-Kahn's room and cleaned that as well, contradicting what she told the grand jury.

It was just the latest revelation that has damaged her credibility and undermined the prosecution of Strauss-Kahn. In light of the new questions surrounding the case, a New York judge granted Strauss-Kahn's release from house arrest, though the charges have not been dismissed.

From the beginning, Strauss-Kahn's attorneys have claimed to have the hotel encounter wasn't forcible, and that they have unreleased information that could "gravely undermine the credibility" of the housekeeper. The defense was using private investigators to aggressively check out the victim's background and her story, but the New York Times reported that it was investigators for the prosecution who uncovered discrepancies.

Among the other revelations revealed in the prosecutor's letter to the defense team:

- The woman's asylum application described how she and her husband were persecuted and beaten by regime forces in Guinea. She claimed her husband was imprisoned, tortured and subsequently died at the hands of police. The woman later admitted to prosecutors that her account was false and that she had been coached by another man to create the fictional account for the purposes of the application.

- The woman twice relayed to investigators emotional accounts of how she was gang-raped in Guinea. She later said those accounts were false and were similarly used for the asylum application process. However, she did still claim that she was a rape victim, though the details did not match her original story.

- The woman admitted to using a friend's child to fraudulently claim an additional dependent and increase her tax refund. She also misrepresented her income to maintain her housing.

- In the day following her accusations against Strauss-Kahn, the woman had a phone conversation with a man imprisoned and charged with possession of 400 pounds of marijuana. In the conversation, which was recorded, she spoke about possible benefits of pursuing the case, two officials told the paper.

- Investigators discovered the imprisoned man was one of several people who deposited around $100,000 in cash in the woman's bank account over the last two years. The deposits were made from around the country - in Arizona, Georgia, New York and Pennsylvania. The woman claimed to know nothing about the deposits, saying they were made by her fiancé and his friends.

- The woman was also paying phone bills to five different companies, though she told investigators that she owned just one phone.

The accuser's attorney, Ken Thompson, fired back outside court and said she went to the district attorney with information that her application was flawed because she was concerned she otherwise would be sent back to Guinea.

"It is clear that this woman made some mistakes, but that doesn't mean she's not a rape victim," he said.

He said she came to the U.S. because she was a victim of genital mutilation and worried that her daughter, now 15, would be victimized as well. He also said she had been raped by soldiers there, but not as it was written in her asylum application.

He also laid out details she described of an attack by Strauss-Kahn in the Sofitel suite and said her account has remained consistent.

"From day one has described a violent sexual assault that Dominique Strauss-Kahn committed against her," attorney Ken Thompson said.

Thompson took a throng of reporters outside court through the details of the incident from his client's perspective, saying Strauss-Kahn bruised her genitals, tore a ligament in her shoulder and ripped her stockings.

"She has described that sexual assault many times, to prosecutors and to me, and she has never once changed a single thing about that encounter," he said.

He also addressed media reports that his client was involved with a drug dealer, calling them lies.