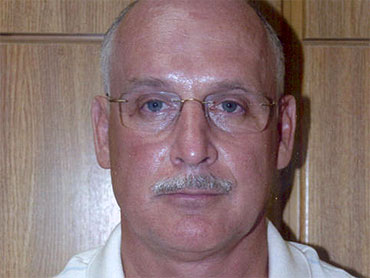 The Cyprus justice minister said Friday that he believes a fugitive who is alleged to be a Russian spy has fled the island nation.

Loucas Louca said in an interview with the Associated Press that it is unlikely that 54-year-old Christopher Metsos will be caught in Cyprus because, Louca believes, he is no longer on the eastern Mediterranean island.

Metsos is wanted in the United States on charges that he supplied money to a spy ring that allegedly operated under deep cover in America's suburbs.

Louca said Metsos was arrested Tuesday after Interpol, the international police agency, issued a notice requesting his arrest. Louca said the suspect was arrested as he tried to board a flight to Budapest, Hungary, with his girlfriend.

The woman was allowed to board the flight since there was no Interpol notice regarding her, Louca said.

Metsos was granted bail by a court in Cyprus. He supplied the $33,000 with cash he was carrying and then failed to show for a required meeting Wednesday with police, triggering the manhunt and leaving the Cypriot authorities red-faced.

Louca said investigators have Metsos' laptop computer but have not checked its contents.

Earlier Friday, the U.S. Embassy in Cyprus flatly denied media reports that it was holding Metsos, but said the U.S. was helping search for him.

Ten suspects are in custody in the U.S., where federal prosecutors said one man had already confessed that he worked for Russia's intelligence service. One suspect has been denied bail and bail applications for the other nine are pending in federal courts. Most of the suspects are charged with crimes that carry penalties of up to 25 years.

U.S. Embassy spokesman James Ellickson-Brown said Metsos had never been to the embassy in Cyprus and U.S. authorities here had no knowledge of his whereabouts. He said the search for Metsos was entirely in the hands of Cypriot authorities, but added the U.S. embassy was assisting them where it could.

Metsos was traveling as a tourist on a Canadian passport, which a man in Canada has said stole the identity of his dead brother.

The FBI has had some members of the alleged spy ring under surveillance for many years, but Ellickson-Brown would not comment on whether U.S. authorities were watching Metsos before he disappeared. Metsos arrived on the island June 17, Cyprus says it got the Interpol warrant June 25, and he was arrested June 29.

Cyprus police spokesman Michalis Katsounotos said authorities are continuing to search ports, airports and marinas for Metsos, saying "there is no clear indication" has fled the war-divided island.

Metsos' disappearance triggered fears that he may have slipped into the island's breakaway Turkish Cypriot north, a diplomatic no-man's land that has no extradition treaties with other nations and is not bound by Interpol warrants.

Cyprus was ethnically split in 1974, when Turkey invaded in response to a coup by supporters of union with Greece. Turkish Cypriots declared an independent state, but only Turkey recognizes it.

Six crossing points link the island's north and south, and Katsounotos said police at all crossings were on alert for Metsos. But Ellickson-Brown said U.S. authorities have not sought assistance from Turkish Cypriot police in the north to look for Metsos.
Investigators are also looking into reports that Metsos was seen with a woman during his stay on the island, who left Cyprus before the fugitive tried to board the Budapest-bound flight alone.

The spy case, a throwback to the Cold War era, recalls Cyprus' heyday as a place of intrigue, a listening post for spies of all stripes who maneuvered in the Middle East.

In the island's Greek-speaking south, tens of thousands of Russians own mansions and offshore accounts, read Russian-language newspapers and send their children to Russian schools. The tourist town of Limas just hosted a Russian festival, and Cyprus is a popular destination for Russian capital because of low taxes.

There's no evidence that the deep Russian presence in Cyprus played a role in Metsos' release, but the Cypriot government is under pressure to explain the bewildering fumble in granting him bail.