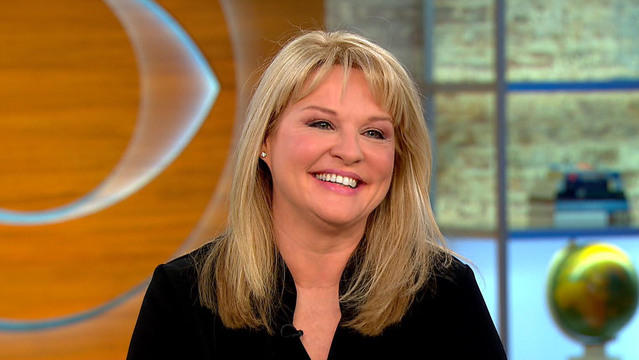 Internet technology has evolved at lighting speed since the first dial-up modems and early browsers. With Wi-Fi-connected smart phones and other on-the-go devices, people are constantly plugged in online, but that has also given rise to a disturbing trend – cyberbullying.

More kids are also signing online and the rise of social media has compounded the bullying. Up 50 percent of kids under the age of 13 have a Facebook profile, even though the minimum age requirement is 13.

Twitter and Instagram have both announced steps to help users filter out abusive comments, but cyberpsychologist Mary Aiken believes they aren’t doing enough. In her new book, “The Cyber Effect,” Aiken writes: “We owe teenagers an apology” for “failing to protect and defend them in cyberspace.”

Aiken told “CBS This Morning” on Tuesday that one of the most outrageous things “social media companies have ever pulled is to convince us they can do nothing about cyberbullying,”

But they can do something about it, according to Aiken. Unlike in the real-world -- where bullying on school grounds may be less obvious for parents – according to Aiken, “you can’t cyberbully without leaving a trail of digital evidence.”

While social media companies are facing increased pressure to tackle trolls online, Aiken noted that the measures are stymied because of concerns over the breach of privacy and surveillance. But that shouldn’t matter when it comes to children, Aiken said.

“So we’re all hung up on surveillance and nobody wants to enforce surveillance online but children need to be monitored,” Aiken said. “That’s not surveillance, and parents have a right to monitor their children.”

Aiken has taken the matter into her own hands by creating an algorithm, called the “Aiken Algorithm.” With parental consent, the algorithm would detect escalation of bullying and automatically trigger an alert to kids and their parents.

“Parents should not be the last person to know that their child is being cyberbullied,” Aiken said. “Adults are a different matter because now you go into surveillance. Let’s start with the kids and let’s look at monitoring their behavior and helping parents. Parents should not be left to paddle their own canoe in cyberspace.”

Aiken also explained how the “selfie craze” among teens may lead to an identity crisis. Over one million selfies are taken daily among 18 to 24-year-olds. Thirty-six percent admit to making alterations, and 14 percent of the photos are also digitally enhanced. But for younger teens, Aiken explains in the book that the heavy investment in their virtual, idealized self may cause an “erosion or dismissal” of their true self.

According to the Kaiser Family Foundation, two-thirds of babies in the U.S. under age two watch TV and over 50 percent watch one to two hours daily. Aiken said that what they need is not screen time, but real face time and eye contact.

“The average adult looks at their device, their mobile phone 200 times a day and if you are as parent or a caregiver of a young infant, that’s 200 times you haven’t looked at your child,” Aiken said. “In terms of bonding and development, children need face time... they need eye contact.”