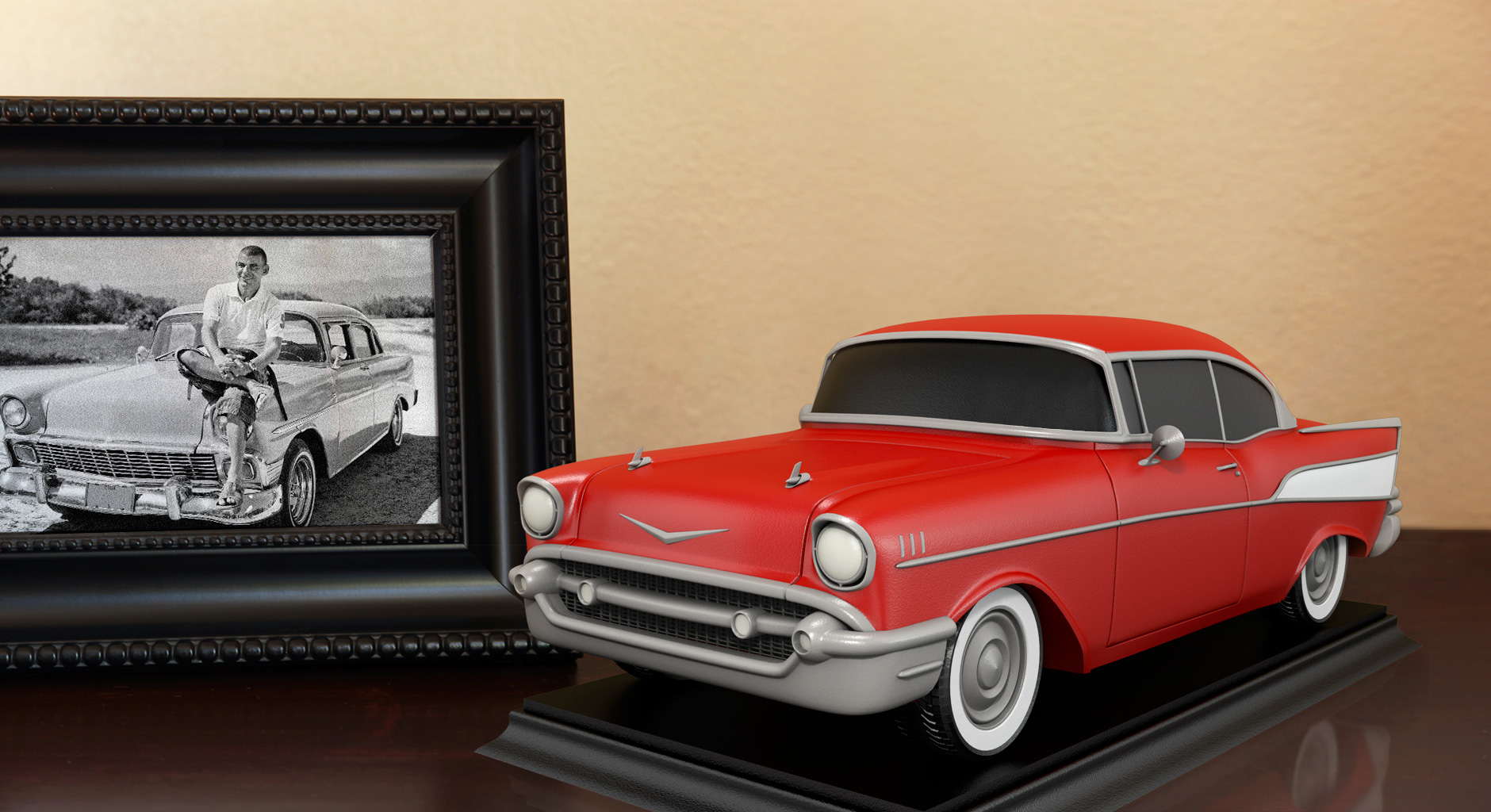 A Minnesota startup is using a 3D printer to create custom urns shaped like objects that were important to the person whose remains they hold.

Founded in 2013, the Eden Prairie-based Foreverence works with its bereaved clients to design a vessel that will represent a person's life as it contains his or her ashes. Each urn is unique and can take the form of just about anything, including ballet slippers, cars and instruments.

Rather than the plastic material typically used in 3D printing, the urns are made with a ceramic-composite material that's fed into the 3D printer in a powdered form. Its shape gradually takes form with coloring that bonds each layer together, and staff members put the final touches on the urns. The company said it takes nine hours to print a single urn.

When Devo guitarist Bob Casale died earlier this year of heart failure, Foreverence made Casale's family an urn in the shape of the band's iconic Energy Dome hat.

Casale's family told the company that it was "the first joyous moment in a dark period of time for them," Foreverence co-founder Pete Saari said.

Foreverence sells its urns, which typically cost thousands of dollars, through funeral directors.

"We want funeral directors to keep conversations focused on legacy," said Saari. "What was important to the deceased? What was symbolic of a life, a dream, the pursuit of a passion?"

Are elite athletes born or made?
Thanks for reading CBS NEWS.
Create your free account or log in
for more features.
View CBS News In
CBS News App Open
Chrome Safari Continue
Be the first to know
Get browser notifications for breaking news, live events, and exclusive reporting.