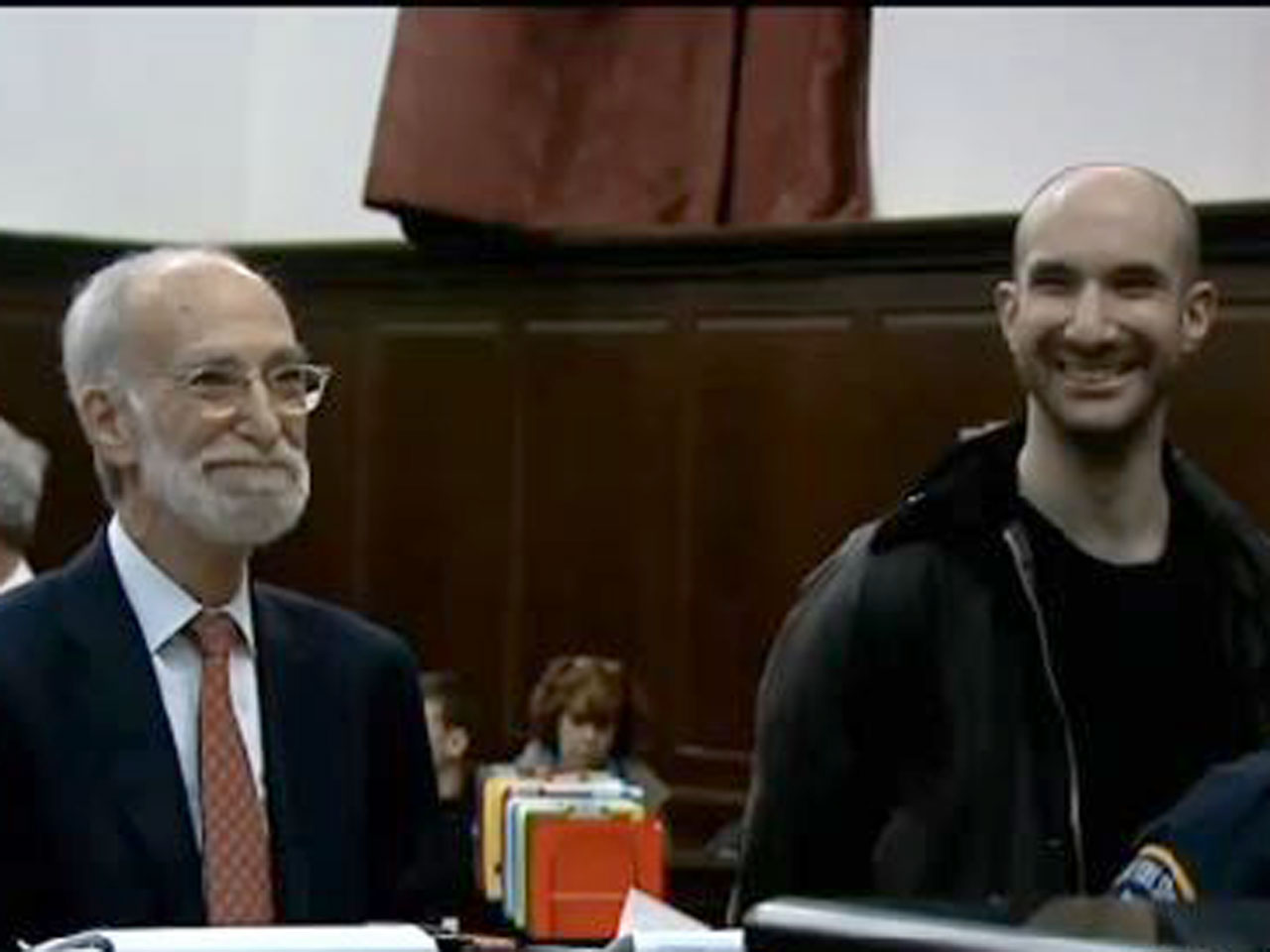 NEW YORK -- A Brooklyn man has been charged in connection with the assault of two police officers during a protest Saturday night on the Brooklyn Bridge, police said.

The charges against Eric Linsker, 29, of Crown Heights, who was arrested shortly before 4 a.m. Sunday, include assault in the second degree, rioting in the first degree, criminal possession of a weapon, resisting arrest and unlawful possession of marijuana, reports CBS New York.

Linsker appeared before a judge in criminal court in Lower Manhattan Sunday night and was released without having to post bail.

Linsker's lawyer said the case against his client is weak, but police and prosecutors claim he incited a riot leading to protesters beating up two police lieutenants.

Linsker is an English professor at Baruch College, part of the City University of New York.

In a statement, Baruch College President Mitchel B. Wallerstein said: "Facts about the arrest of a person identified by the police as Eric Linsker, reportedly an adjunct faculty member in the English Department at Baruch College, are being collected and verified by the College. We have confirmed that Mr. Linsker is currently teaching one composition course at Baruch.

"Working with The City University of New York, Baruch will cooperate fully, as called upon, in any criminal investigation. While we believe firmly in the exercise of free speech, we deplore violence of any kind and will support the official investigation of this matter."

During the protest, Linsker allegedly tried to throw a metal garbage can at officers on the Brooklyn Bridge.

They attempted to arrest him, but protesters intervened, pulling the man away from police and punching and kicking the cops in the face and head, CBS New York reports. The demonstrators also knocked the two lieutenants down to the ground and punched and kicked them, police said.

"They were knocked to the ground. They were punched by numerous people and kicked in the face and the head, while the group attempted to steal their portable radios and tear away their police identification jackets," said the NYPD's Deputy Commissioner of Intelligence & Counter-terrorism John Miller.

One lieutenant sustained a broken nose.

The lieutenants were able to retain what they said is the suspect's backpack after he got away. Hammers were found inside the bag, police said.

But Linsker's attorney said there's no way for prosecutors to prove the bag belonged to his client.

He also called the charges bogus, and said his client had nothing to do with the assault.

"This young man did nothing but protest. He did absolutely nothing. He did not do the assault that it is claimed that he did," attorney Martin Stolar said.

Linsker is due back in court on March 23.

An estimated 25,000 to 30,000 protesters took to the streets of New York City on Saturday to express outrage over the grand jury decisions not to indict the officers involved in the Eric Garner and Michael Brown cases.

Chief of Department James P. O'Neill said there were also numerous reports of fireworks being set off on Madison Avenue and the Brooklyn Bridge.

Authorities also said a rear window was smashed in an incident on Madison Avenue.

The melee on the bridge also comes on the heels of a protester who allegedly sucker punched a sergeant last week at the Staten Island Ferry Terminal.