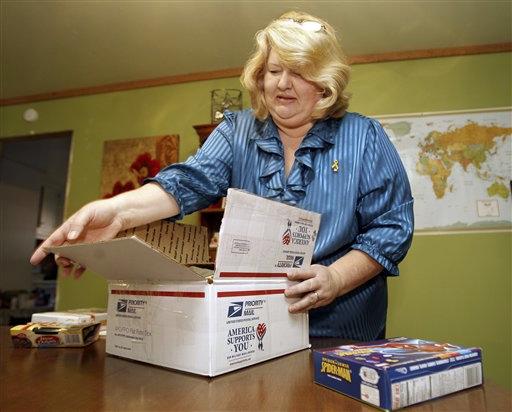 This story was written by CBS News Producer Portia Siegelbaum

Over 1,300 pounds of marijuana seized by the Cuban Border Guard went up in smoke in a steel plant furnace as some two dozen international journalists looked on.

Stepping up efforts to publicize its offensive against illegal drug trafficking in the region, the Cuban Government invited the media to fly to Holguín province, 457 miles east of Havana and smack in the middle of the most common drug routes, according to Lt. Col. Miguel Guilarte, the Cuban border guard's anti-drug czar. "This is the region of Cuba most affected by drug trafficking."

The marijuana burnt earlier in the day Tuesday had been dropped by the three-man Jamaican crew of "Nuff Respect," an eight-meter-long speed boat driven by two 200 HP Yamaha motors sighted on Nov. 8, 2004.

Galindo, head of the border guard in northeastern Cuba, an area encompassing both Holguín and Las Tunas provinces, said Cuba was alerted to the approach of a suspicious boat by "helpful information" from both the Jamaican and U.S. (Miami) Coast Guards.

But it took ten days and several hundred drug enforcement agents to locate the 25 marijuana-filled sacks that had been tossed overboard in a handoff between the Jamaicans and suspected Bahamas-based smugglers for transshipment to the United States.

"More than 50 percent of the total drugs recovered in this operation were picked up at sea," Galindo said several times. The rest was picked up as the sacks washed up on the coast.

Guilarte, arguing that drug use would undermine Cuban society, said "Our fundamental job is to pick up the drugs before they get to our coasts ... It's a question of national security."

It wasn't until 2003 that Cuban officials admitted drug consumption, no matter how limited, was becoming a problem on the island. Until then, it was a "capitalist ill" introduced by unscrupulous tourists, although they acknowledged that there were Cubans who cultivated small amounts of marijuana or who sold bales of drugs found washed up on the shore.

The government fought this "incipient market" with a vengeance. In January 2003, early morning raids with drug-sniffing dogs on the homes of suspects left floors ripped up and sofa cushions slashed.

Where drugs were found, special Interior Ministry police units hauled away the entire contents of the residence, as for the most part approving neighbors looked on. And Cuba's already stiff penalties for drug trafficking were made even more stringent.

Last year, according to the Communist Party daily Granma, over 1,800 people were tried for dealing drugs. The article published Feb. 3 did not specify how many foreigners were among those prosecuted.

Just days ago, Cuban state-run radio reported that a Holguín court sentenced 13 Cubans to prison sentences of from six to 25 years for drug trafficking. According to the report the 13 confessed at their trial to being part of a drug network. No other information is available on the case. The only public knowledge of such trials comes from the usually reticent official government media.

Speaking to the international press at the Boca de Sama border guard post on Holguín's northern coast, Lt. Col. Guilarte said that "90 percent of the vessels captured or that we have information on carry marijuana."

Cocaine, he said, is mostly carried by low-flying small planes crossing narrow eastern Cuba. Guilarte explained how the border guard tracks these planes and then searches the sea for the drugs dropped for later pickup by smugglers in speedboats.

According to Guilarte, Cuba's border guards and drug enforcement agents have seized 59 tons of drugs, mostly marijuana, since 1997. Crediting Cuba's stepped up vigilance for driving away drug traffickers, Guilarte noted that less than one ton was seized in 2004, the lowest figure in 15 years.

Lt. Anthony Russell, chief public affairs officer for the Miami Coast Guard says however they haven't seen any drop off in the drug trafficking through the Caribbean. "We picked up a record number of 74,000 pounds of cocaine in 2004. That's twice the amount seized the previous year," he told CBS News.

He referred to long-standing international cooperation between the U.S. Coast Guard, the Bahamas and the Turks and Caicos Islands, along with Great Britain. The U.S. has no formal agreement with Cuba although as Russell indicated, the State Department has assigned a Coast Guard representative to the U.S. Interests Section in Havana.

Speaking at a training course on drug interdiction in the Caribbean, Becerra pointed out that most drugs moved through the Caribbean are destined for the U.S. market. "They are the ones who can most benefit from this," he said.

Participating in the weeklong course held in Havana were specialists from Britain, France, Jamaica, the Dominican Republic, Belize and Curacao.