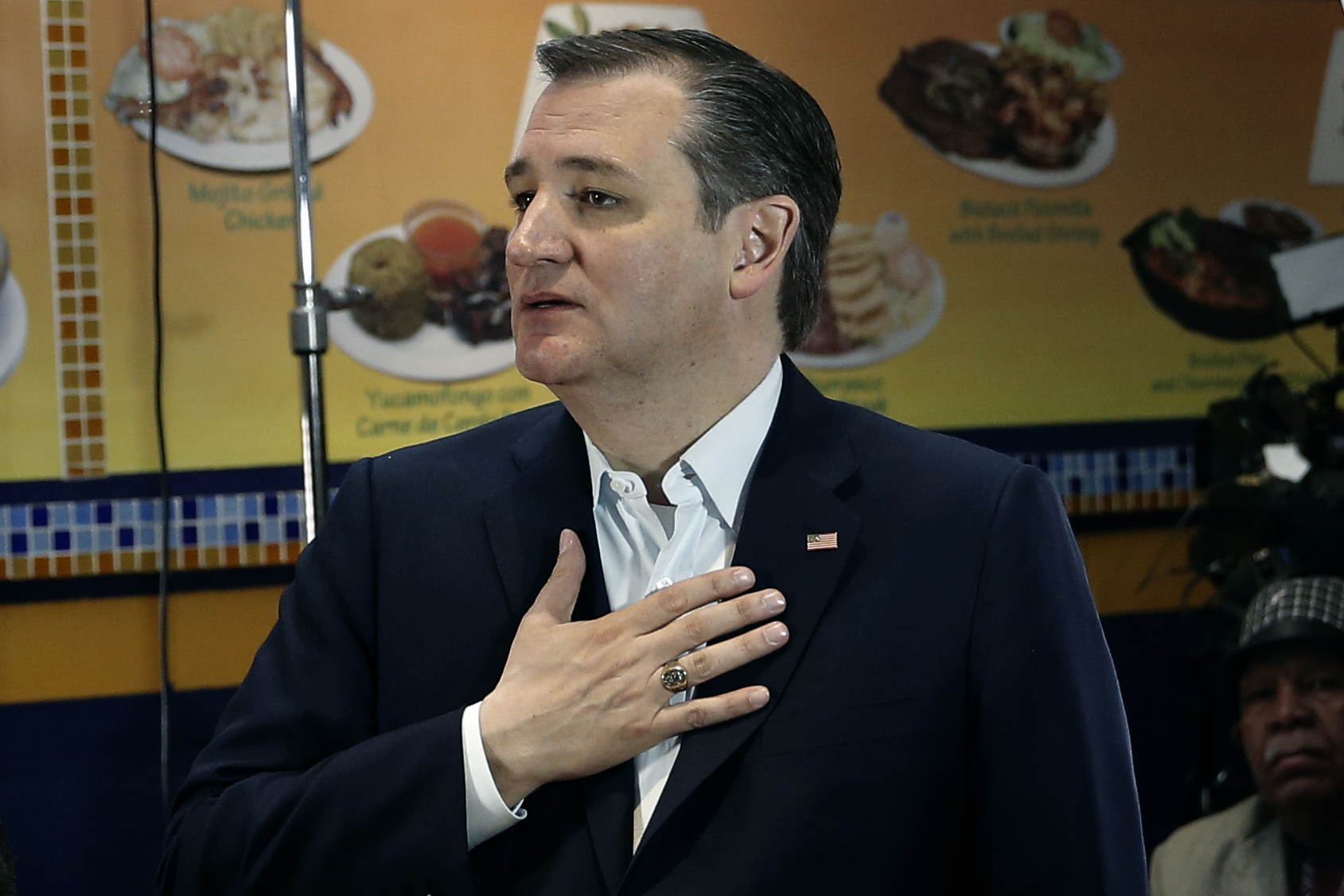 "Donald needs to stop threatening the voters. He needs to stop threatening the delegates. He is not a mobster," Cruz told Glenn Beck during a radio interview. The interview came after Trump supporters allegedly made death threats made against the Colorado GOP chairman following Cruz's victory there and Trump ally Roger Stone's insistence that he will release the names and hotel room info of anti-Trump delegates at the Republican convention.

"Roger Stone is threatening in Cleveland to put out the hotel room of any delegate that dare crosses Donald Trump," Cruz said. "That is the tactic of union thugs. That is violence. It is oppressive. The idea that Donald is threatening delegates we're seeing this pattern over and over again."

The Texas Senator called the threats and intimidation against Steve House, the Colorado GOP chairman, in the wake of Cruz's 34 delegate sweep in Colorado as perhaps "the most troubling" incident involving the Trump campaign thus far.

"Donald needs to understand he's not Michael Corleone," Cruz said, a reference to The Godfather films. "I understand Donald has had some very shady business deals with people who are currently in prison...but the presidency should not be la cosa nostra."

From there, Cruz went on to repeatedly psychoanalyze Trump with a mixture of ridicule and scorn.

"Donald loves attacking women. Because I guess it makes him feel strong to attack women," Cruz said, bringing up Trump's threat to "spill the beans" on his wife Heidi and a picture Trump tweeted that disparaged her appearance.

And commenting on Trump's upbringing, he said, "I think Donald has been surrounded by sycophants his entire business career. He was born into great wealth and privilege. His father was a real estate baron. At every when he told a joke everyone in the room laughed, whether it was funny or not you had to laugh."

"Look at the humiliation he inflicts on people like Chris Christie."

The commentary segued into what Cruz called the "humiliation" and "servility" of Trump endorser and New Jersey governor Chris Christie.

"Christie right now is trapped in his own private hell," Cruz said after noting that he likes the governor. "When Chris was standing behind Donald holding his jacket the look in his eyes, you could see the screaming," referring to an infamous press conference where Christie's facial expressions lit up social media.

"You know what actually gets me is the servility of Chris forced to call Donald 'Mr. Trump. Mr. Trump, Mr. Trump.' You notice everyone once they get sucked into that orbit they have to call him 'Mr. Trump.'"

Conceding that Trump "may have a good about two weeks" in northeastern states like New York, Cruz predicted that he would do well in Maryland, Pennsylvania, and especially California, where he said Trump's "ground game is nonexistent."

Cruz and host Beck, who endorsed has endorsed the Texan, then assailed Trump's managerial skills and promise to only hire the "best people," in regard to Trump's organizational struggles. At one point Cruz commented, "Donald's whole pitch is he's a great businessman and yet his campaign right now, it appears he can't run a lemonade stand."

"You ever watch his T.V. show, 'The Apprentice?'" Cruz jokingly asked Beck. "I watched it a few times, it was kind of fun. He would bring in apprentices they would get a job and if they did it badly he was withering."

"I'll tell you this, if Donald was an apprentice on his show looking at their inability to even show up and win elections, Donald would say to himself, 'you're fired.'"