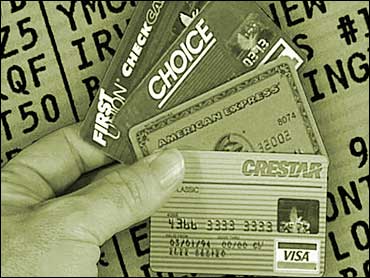 Just how accurate are those credit reports that agencies keep on you? A study by advocacy groups suggest that many have errors or omissions that can hurt your chances of getting a good interest rate on a loan.

Common problems include omissions of revolving accounts in good standing and listings of mortgage payments that were never late. On the other hand, the reports sometimes fail to include delinquencies or charge-offs, said the study, released Tuesday by the Consumer Federation of America and the National Credit Reporting Association.

More than a third of consumers could be hurt by the discrepancies, the groups claim.

Credit scores and reports are increasingly being used by banks, lenders, insurance companies, employers and service providers such as utilities to help determine the likelihood that an applicant will repay debts.

The FICO score, developed by Fair, Isaac Inc., is a number between 300 and 850 that more than 70 percent of the largest lenders use to determine credit risk. Scores are based on payment history, debt owed and types of credit used. All of that appears on credit reports.

For consumers with scores near 620, considered the dividing line between good and bad credit, discrepancies and omissions can affect whether a person gets approved for a mortgage at the best interest rate, the study said.

Officials at Atlanta-based Equifax, one of three credit repositories, say each agency has its own guidelines about what it collects and how long it retains the information. Timing also is an issue, said John Ford, Equifax's privacy officer. Information can vary from each repository, depending on when a report is requested. No law requires creditors to report to all three.

"One of the major flaws that we see in the study is this notion that if the three credit reporting agencies don't all have exactly the same data, then that's an error," Ford said. "Nothing could be further from the truth. There are lots of reasons why."

The study estimated that of consumers with scores between 575 and 630, a fifth would be harmed and another fifth would benefit from score inaccuracies if they tried to obtain mortgage loans.

"The allocation of credit should not be based on a lottery system," said Stephen Brobeck, executive director of the consumer federation.

Falling below the 620 cutoff can impose significant costs on mortgage borrowers, he said. Over the life of a 30-year, $150,000 mortgage, a borrower incorrectly charged a subprime rate of 9.84 percent instead of a prime rate of 6.56 percent would pay $124,067 more in interest.

The groups analyzed the credit scores of more than 500,000 consumers. A more extensive investigation was conducted on complete credit files of more than 1,700 consumers. No personal information that could be used to identify an individual was recorded during the study, the groups said.

The groups are recommending policy changes to help improve fairness, including urging government agencies such as the Department of Housing and Urban Development and the Federal Trade Commission to evaluate credit scoring systems regularly, including automated mortgage and insurance underwriting systems and tenant and employee screening systems.