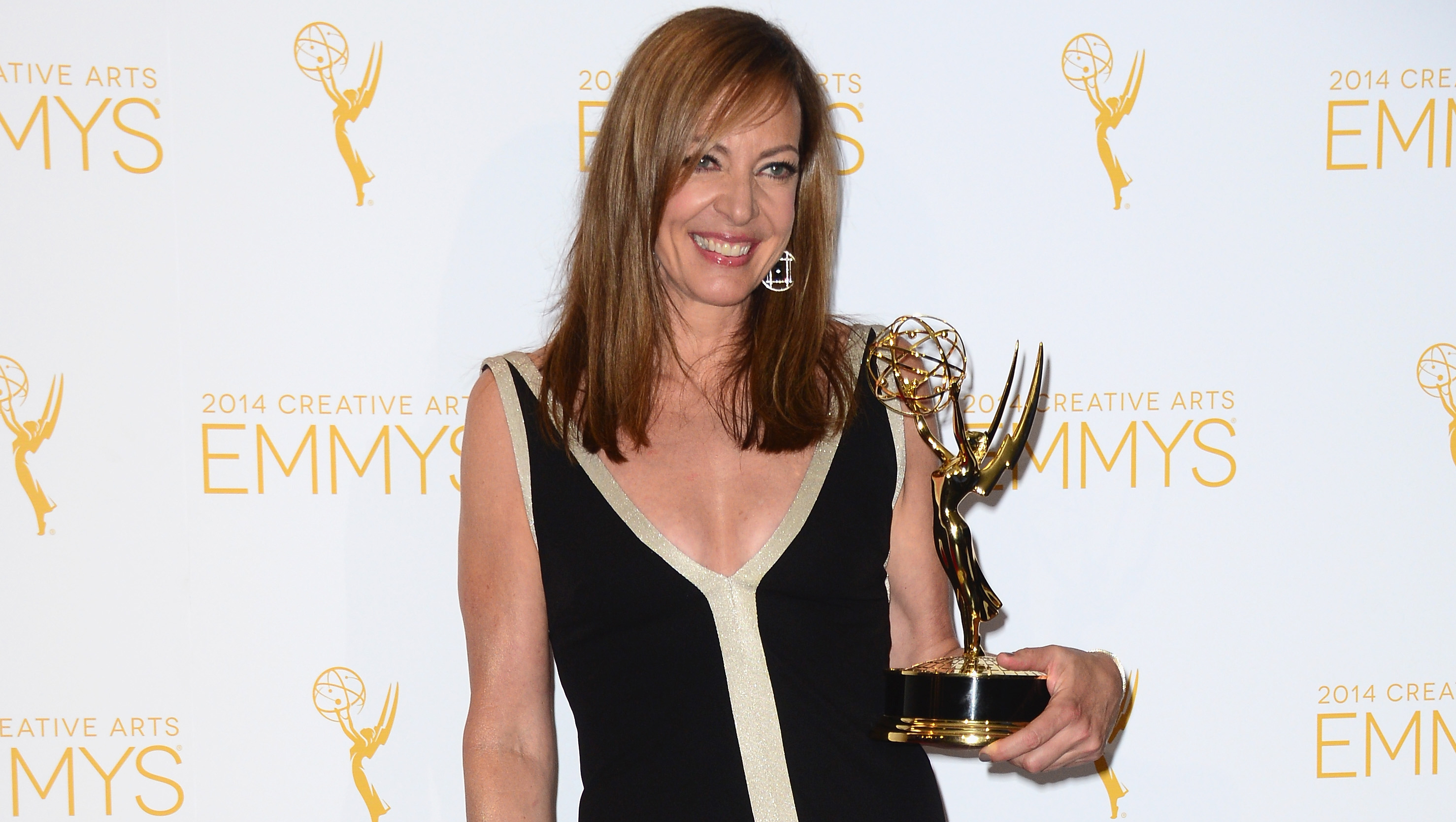 Uzo Aduba is an Emmy winner for her breakout role as a prisoner known as "Crazy Eyes" in Netflix's "Orange is the New Black."

The series received two other awards, for casting and picture editing, at the creative arts Emmy ceremony Saturday honoring technical and other achievements.

In an emotional speech, Aduba thanked her mother, who came from Nigeria "to make a better life for her family."

She also thanked producers and others for a show "that lets everyone be represented in such a beautiful way."

Aduba won as best guest actress in a comedy series for her portrayal of Suzanne "Crazy Eyes" Warren, while Jimmy Fallon was honored as best guest comedy actor for NBC's "Saturday Night Live."

On the drama side, guest-acting honors went to Joe Morton for ABC's "Scandal" and Allison Janney for Showtime's "Masters of Sex."

Janney thanked producers, co-stars and writers on the series, then added one more person: "The crew guy who got me a shot of bourbon before my first sex scene was extraordinarily important to me," she said.

Awards in other acting, writing and directing categories will be given at the Aug. 25 ceremony airing on NBC and hosted by Seth Meyers. Janney has a shot at another Emmy for her role in the CBS sitcom "Mom."

Other CBS series won, too, including "The Big Bang Theory" for multi-camera picture editing for a comedy series.

HBO received a leading 15 creative arts Emmys, followed by NBC with 10; PBS with eight; Fox and Netflix with seven each; CBS with six; and ABC with five.

Other winners at the creative arts Emmys included:

- Writing for a variety series: "The Colbert Report," Comedy Central.

- Music composition for a series (original dramatic score): "Cosmos: A SpaceTime Odyssey: Standing Up in the Milky Way," Fox and NatGeo.

- Choreography: "So You Think You Can Dance," Fox.

- Casting for a miniseries, movie or a special: "Fargo," FX Networks.

- Casting for a comedy series: "Orange is the New Black," Netflix.

- Costumes for a variety-music program or a special (more than one award possible): "Saturday Night Live, host: Jimmy Fallon," NBC; "So You Think You Can Dance: Episode 1008," Fox.

- Costumes for a series: "Game of Thrones: The Lion And The Rose," HBO.