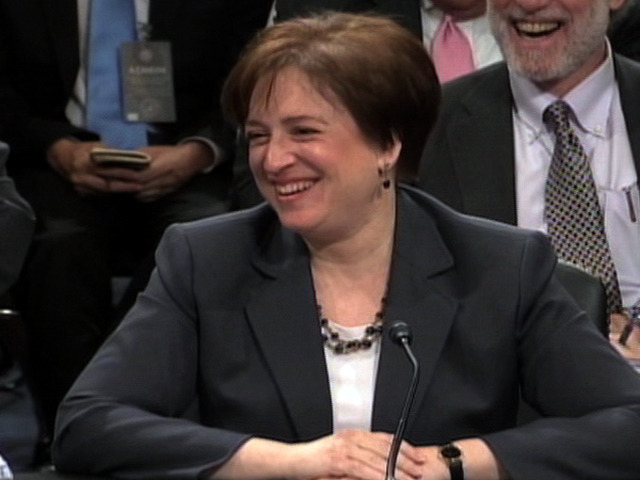 There isn't a two drink minimum at the Senate Judiciary Committee, but maybe there should be. At times Elena Kagan's hearings have felt more like Kagan's comedy club than a Supreme Court confirmation hearing.

The humor comes not from the committee's resident comedian, Sen. Al Franken, but from an unlikely source: the nominee herself.

For the past two days, questions on gun rights and campaign finance reform have been broken up by jokes about baseball loyalties, youthful mistakes, and even the movie sensation "Twilight."

"We have to have a little back and forth once in awhile or it'd be boring as hell in here," Sen. Orrin Hatch said at one point.

Perhaps the one-liner that has gotten the most attention came after Sen. Lindsey Graham asked Kagan where she was on Christmas as part of a discussion of the Christmas Day bombing attempt on a Detroit-bound airliner.

"You know, like all Jews, I was probably at a Chinese restaurant," Kagan quipped.

And the committee seems to appreciate her tone. Sen. Arlen Specter told Kagan she has an "admirable sense of humor."