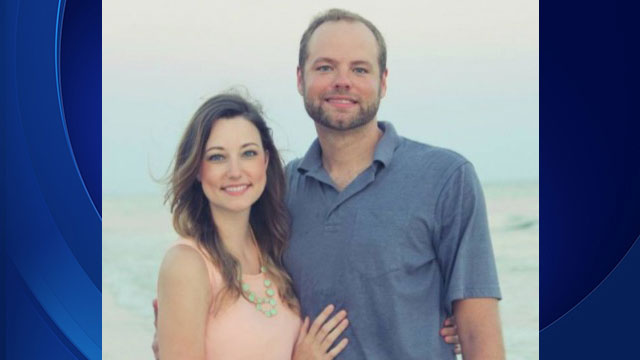 ATLANTA -- A young Atlanta couple who were terrorized during a home invasion earlier this month spoke out for the first time on national television.

Authorities say Michael Lash was trying to protect his family when he was shot in both of his legs by the gunmen, who stormed into his Atlanta home Aug. 16. Lash, his wife Whitney and their two children had just returned home from vacation when four men knocked on their door and asked to borrow a car jack, police said, reports CBS affiliate WGCL.

The young couple spoke out Monday on "Good Morning America."

"I had a feeling that it was an excuse and we were about to be robbed. Right about that moment I saw them pull the gun on Mike," Whitney Lash said on the program.

Authorities say four men pushed their way into the home and shot Michael Lash in both legs.

Police said Whitney grabbed her infant daughter and the suspects fired twice at her and the baby, but missed. She escaped to a neighbor's home, she said, as one of the suspects followed her. Their two-year-old son was reportedly napping inside.

Based on the sketch developed with the help of witnesses, more than 12 tips were called in to Crime Stoppers to identify Smith, WGCL reported.

Smith was charged with aggravated assault and armed robbery.