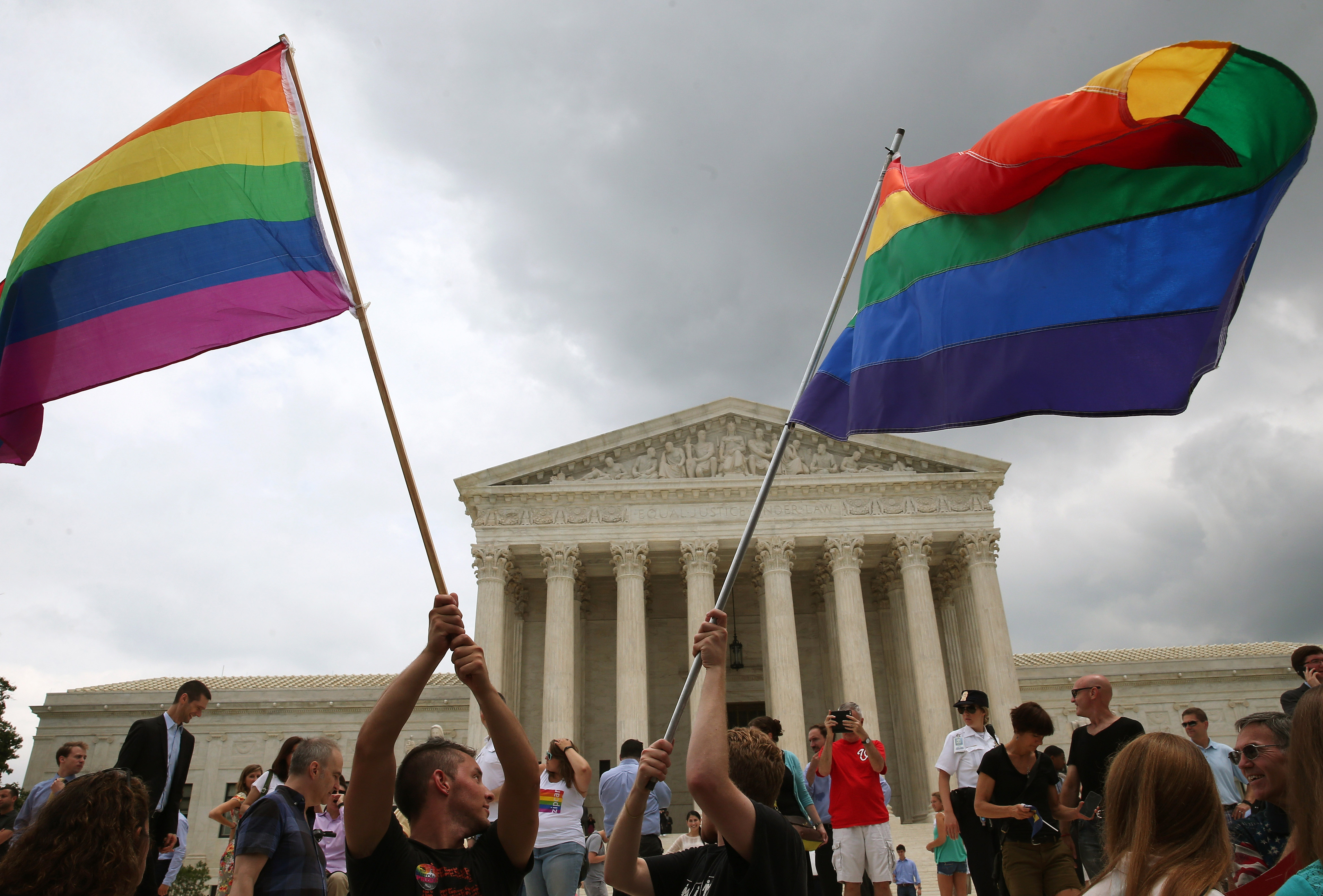 From Kentucky to Texas some county court house clerks are struggling with the U.S. Supreme Court decision to legalize same-sex marriage.

A Kentucky clerk of court wants the state to issue marriage licenses online so he doesn't have to.

Monday, Davis tried to meet with Democratic Gov. Steve Beshear to ask him to call for a special session of the state legislature so it can pass a law allowing people to purchase marriage licenses online, similar to the process of purchasing a hunting or fishing license.

Beshear was in Louisville meeting with Humana officials. But his staff promised Davis the governor would meet with him.

A spokesman for Beshear said the governor would have to evaluate Davis' proposal.

The American Civil Liberties Union of Kentucky filed a federal lawsuit against Rowan County Clerk Kim Davis on Thursday afternoon on behalf of two homosexual and two heterosexual couples, all of whom were turned away when they tried to get marriage licenses from Davis' office this week.

Davis has said that her Christian beliefs prevented her from complying with the Supreme Court decision, so she decided to issue no more marriage licenses to any couple, gay or straight. She could not be reached Thursday after the lawsuit was filed. Her office was already closed and she did not respond to an email.

She is among a handful of judges and clerks across the South who have defied the high court's order, maintaining that the right to "religious freedom" protects them from having to comply.

In Decatur County, Tennessee, officials say three employees in the clerk's office have resigned because of their opposition to the recent U.S. Supreme Court ruling that overturned bans on same-sex marriage.

County Mayor Mike Creasy says the resignations will not be effective until July 14.

Clerks are legally allowed to refuse to perform the marriages, but must issue the licenses.

According to county staffers across the state and gay marriage advocates, all of Tennessee's county clerks are ready to or are already issuing marriage licenses to same-sex couples since the Supreme Court's ruling.

In Dallas, Texas, a same-sex couple that was turned away while applying for a marriage license last week in Hood County is now suing the county clerk, CBS News Dallas KTVT reports.

County Clerk Katie Lang cited religious beliefs as her reason for refusing to file the marriage application for Dr. Jim Cato and his partner Joe Stapleton. She did, however, promise that someone in her office would accommodate the couple, KTVT reports.

The marriage license was issued after the lawsuit was filed on Monday morning, and was awaiting pickup, KTVT reports.

But, according to the couple's lawyer, that will not stop the lawsuit.

"The license was issued this morning, a few hours after the lawsuit was filed, in handwriting on the existing license form, which proves that County Clerk Lang easily could have complied with the law without waiting 10 days," attorney Jan Soifer said in a statement released on Monday morning. "Under these circumstances, the lawsuit will not be dismissed until and unless we have an agreement from Clerk Lang that her office will issue marriage licenses to all couples, gay and straight, without delay, and an agreement to pay Jim and Joe's attorneys' fees for being forced to file the lawsuit."

"If her personal beliefs keep her from her duties as county clerk," Cato said last week, "then she should probably step out of her job."

Opposition from Arkansas legislative leaders to the U.S. Supreme Court's recent ruling lifting the ban on gay marriage nationwide bubbled over into a war of words late Thursday between the state's legislative and executive branches.

Over the week since the ruling, the House and Senate Republican caucuses have said they plan to push for legislation to reinforce protections for those who disagree with the ruling on religious grounds.

But Gov. Asa Hutchinson has said county clerks who issue marriage licenses must follow the ruling. He said he believes a religious objections law passed by the Legislature earlier this year sufficiently protects the state's pastors, religious institutions and individuals.

But wires were crossed during a flurry of statements released this week as at least one county clerk resigned over what she said were moral objections to issuing same-sex marriage licenses.

The House Republican caucus issued a statement Tuesday calling the ruling dangerous and noting that Republican state representatives are considering their options. Senate Republicans said they are working on legislation to reinforce religious protections in the event that Hutchinson calls a special session.

Responding to the Legislature, Hutchinson said in a statement late Thursday that his position had not changed but he would consider the additional protections.

Sen. Jason Rapert, an outspoken opponent of gay marriage, chastised the governor for the statement, saying Hutchinson didn't understand the separation of powers between the state's legislative and executive branches.

The Conway Republican sent a response late Thursday as part of an email chain with Senate Republicans, saying the governor's statement was full of arrogance. The email was leaked to several media outlets Friday and the contents of the email were confirmed to The Associated Press.

Reached by phone Friday, Rapert declined to provide a copy of the email to The Associated Press. He said he was disappointed by the governor's statement, but the email chain was intended to be private.

"The governor does not unilaterally decide what we do in this state when it comes to legislative remedies," he said.

Rapert said he hopes legislation will be proposed to protect county clerks.

"Right now, courage means standing up for your beliefs and not resigning. Right now, religious liberty is under attack in America," he added.

Hutchinson said Friday that his statement was misinterpreted.

Hutchinson previously said he doesn't intend to call for another special session this year.