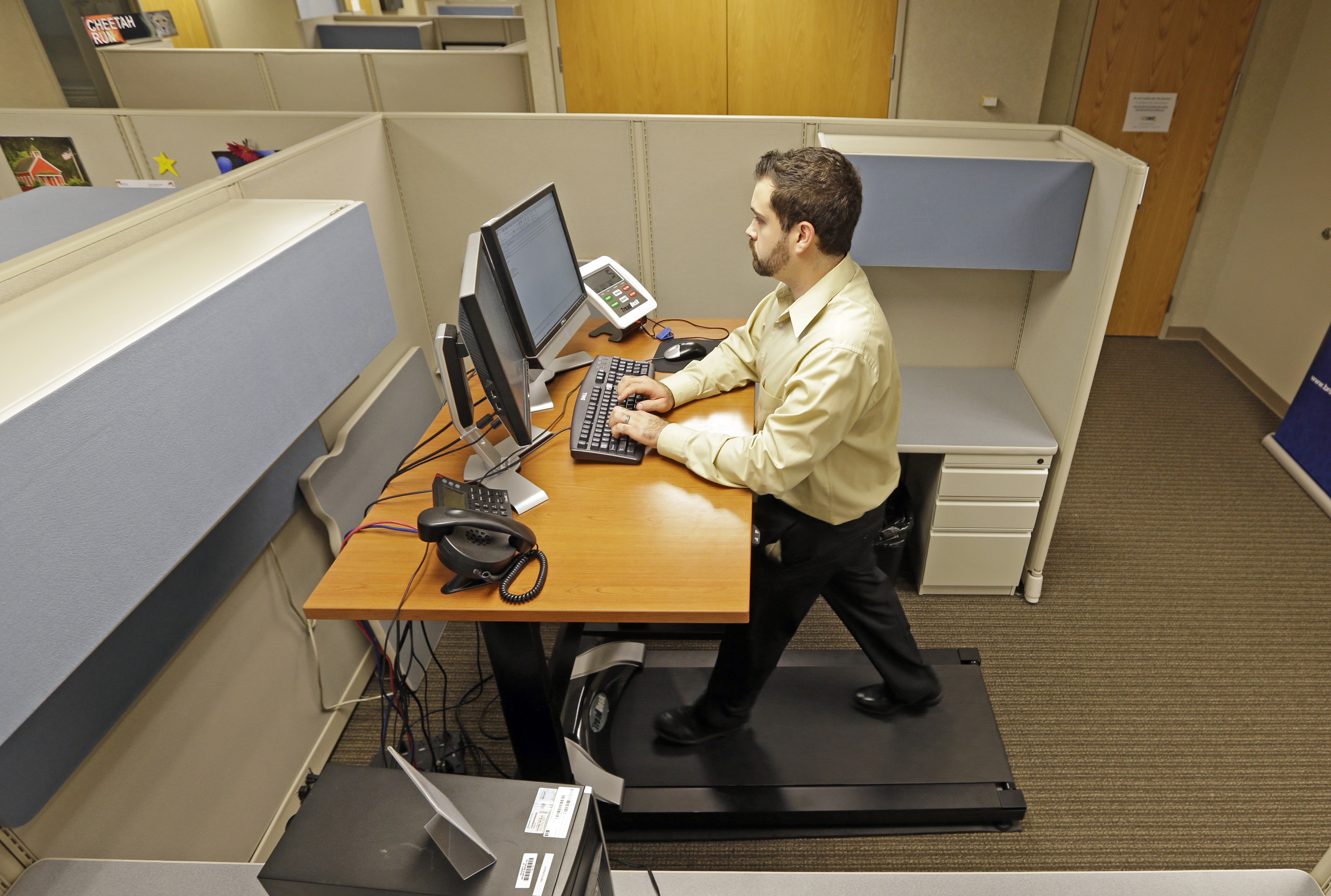 It's been said that "sitting is the new smoking" -- and an increasing number of office workers are quitting cold turkey. Swapping your chair for a treadmill desk can rev up activity levels and counteract the health risks of a sedentary lifestyle.

But some workers -- not to mention their bosses -- have wondered whether it's really possible to focus on the job effectively while working out at the same time.

Now a new study may lay that concern to rest. Researchers say working at a treadmill desk appears to be good for your mental sharpness as well as your physique.

The study, published in the journal Computers in Human Behavior, found that people who read and checked email at a treadmill desk did better on tests of their memory and attention.

The study involved 18 healthy young adults, divided into two groups. Half were assigned to read a lengthy text and periodically check email while walking at a treadmill desk at a steady pace of about 1.3 miles per hour. The other half did the same work sitting down.

After 40 minutes, both groups were hooked up to EEG machines to monitor their brain activity and then given a test to see how much of the reading material and email they remembered correctly.

People who'd been working while walking at treadmill desks were nearly 35 percent more likely to get each answer right on the test, compared with those who'd been sitting.

The participants were also surveyed about how well they felt their attention was focused on the assignment, and again the walking group scored better. "Our results suggest that workers not only perform better on a recall task, but they also perceive themselves to be more attentive to the task at hand," the researchers wrote.

In addition, the EEG scans showed a difference in brain activity between the two groups. "We found an effect of the treadmill desk on brain activity that is associated with increased memory and attentional abilities," they said.

Previous studies have established that spending less time sitting is a good move for your health. Research published just last month in Annals of Internal Medicine links sitting for prolonged periods of time to increased risk for heart disease, diabetes, cancer and early death -- even in people who get regular exercise.

Since walking while you work can have a positive effect on both physical health and mental performance, the team behind the latest study says more companies should consider making the switch. "Improvements in work performance should be convincing for organizations that may be inclined to subsidize the use of treadmill desks," they conclude.