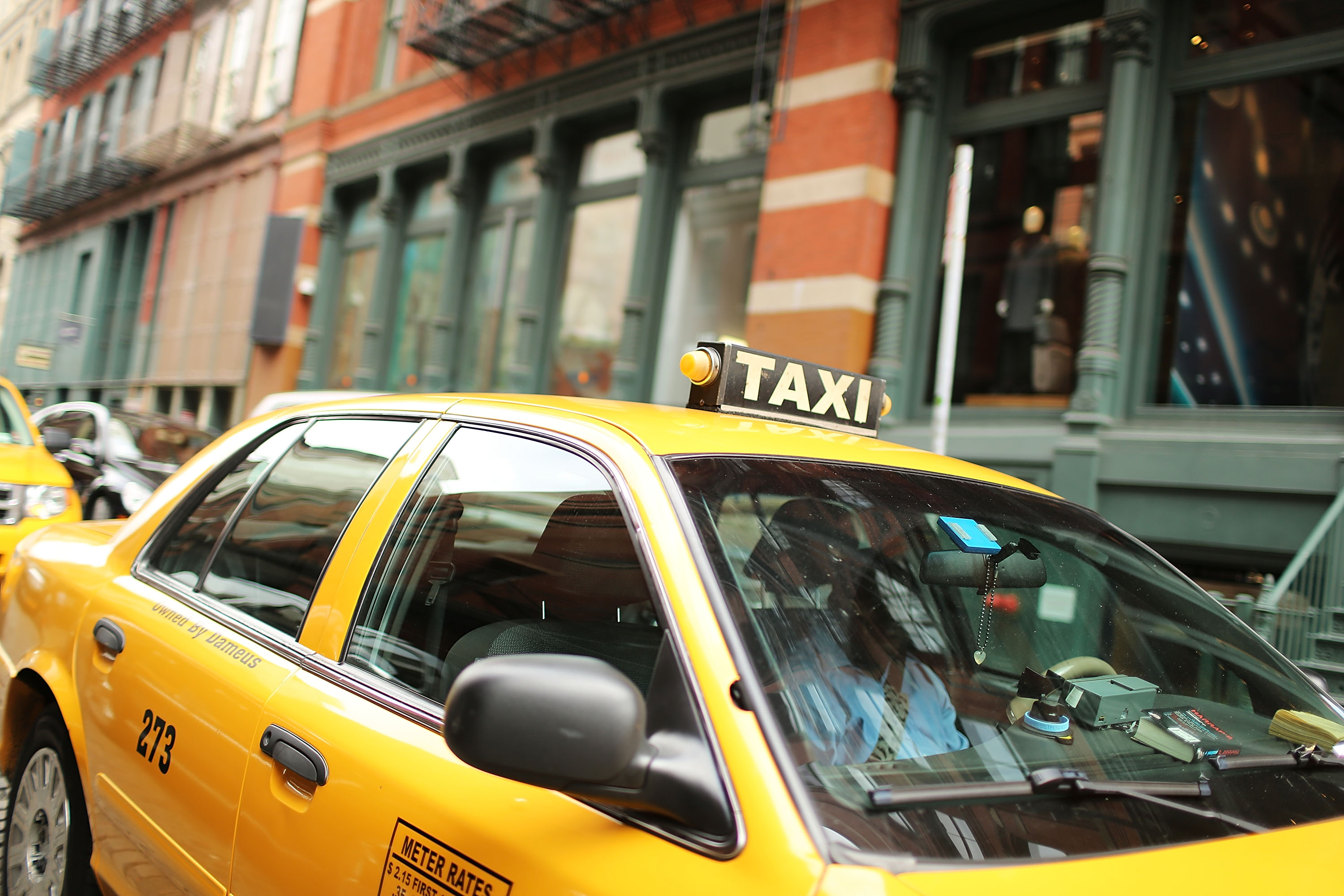 Visions of the cities of the future see urbanites being shuttled along the streets in driverless taxis. Some have argued they offer more convenience and safety than privately owned cars. And new research finds that these robotic, self-driven, electricity-powered vehicles roaming our big cities could also dramatically reduce the environmental impact of road travel.

A new study out Monday in the Nature Climate Change concluded robo-cabs could reduce individual vehicle emissions by up to 94 percent per mile when compared with current conventionally driven and powered vehicles.

Lawrence Berkeley National Laboratory scientists Jeffery Greenblatt and Samveg Saxena, who co-authored the study, modeled the potential impact of these fleets on U.S. transport sector emissions based on greenhouse-gas intensity of gasoline and electricity in 2014 and projections for 2030. They estimate that switching to autonomous taxis could result in per-vehicle emissions savings of 87-94 percent over current conventionally driven vehicles, and 63-82 percent over projected hybrid vehicles in 2030.

"When we first started looking at autonomous vehicles, we found that, of all the variables we could consider, the use of autonomous vehicles as part of a shared transit system seemed to be the biggest lever that pointed to lower energy use per mile," Greenblatt said.

If 5 percent of 2030 vehicle sales (about 800,000 vehicles) were shifted to autonomous taxis, the study found that would save about 7 million barrels of oil per year and reduce annual greenhouse gas emissions by between 2.1 and 2.4 million metric tons of CO2 per year, equal to the emissions savings from more than 1,000 two-megawatt wind turbines.

Currently, transport consumes 62 percent of petroleum worldwide, according to Austin Brown of the National Renewable Energy Laboratory, and releases 13 percent of greenhouse gas emissions. It is expected to become a growing contributor to the problem of rising greenhouse gas emissions, with car ownership rising significantly in China, India and other developing nations.

A big part of the emission savings would result from taxis being electric, rather than fueled by gasoline. There would also be environmental benefits to building smaller, more efficient taxis than the current standard sedans and SUVs. "Most trips in the U.S. are taken singly, meaning one- or two-seat cars would satisfy most trips," Greenblatt said. "That gives us a factor of two savings, since smaller vehicles means reduced energy use and greenhouse gas emissions."

Brown, in an article that accompanied the study, called the research an "exciting addition" to the study of autonomous vehicles but warned the energy savings would not be guaranteed.

"Energy use is one factor among many that affects how autonomous taxis will be developed and used. Greenblatt and Saxena's approach is a useful starting point but, like all analyses so far in this nascent research space, it can't yet account for the complexities that we expect as the system develops," Brown wrote. "The future of transportation energy consumption depends on how the system is used by people, and there are reasons to be cautious. For instance, it's unclear how commuters will behave if autonomous taxis give them the choice either to get to their destinations efficiently or to get there fast; it is arguably human nature to choose convenience in the absence of incentives to do otherwise."

Ryan C.C. Chin, a research scientist with the MIT Media Lab who specializes in autonomous transport, said the study's cost saving made sense. But he expressed concerns that the taxis could lead to more people taking them, putting more vehicles on the street and "taking away riders" from public transport. It could also spur increased sprawl as taxis expand their range.

"If autonomous taxis become convenient, affordable, and comfortable, then would this induce people that don't use cars at all? Think of people that walk, bike, public transit users or even car-poolers who would just be shifting their behavior not making better low-energy choices. We know Uber has made it easier to get into a car for people that don't own a car, while making it easier for those that own a car to not use it especially when they are in the city. If induced demand is high, then the benefits of autonomous taxis are reduced."

Despite all the talk of autonomous transport, it could still be sometime before anyone hails a ride in a robo-taxi. Several automakers are busy working on autonomous cars and Google's prototype driverless cars have started hitting the streets of Mountain View, Calif.

But there are still several legislative and technical hurdles to overcome, as well as the task of convincing consumers that autonomous cars are really safe.

Still, Greenblatt said he expected robo-taxis to appear in cities as early as 2030, adding that his study found they could be much cheaper to operate by then than their driven counterparts.

"Twenty thirty is a reasonable point in the future where most of this would have been worked out and it could be quite, I don't want to say commonplace, but quite realistic to assume these taxis would be available in several cities," he told CBS News.

But he was careful to say it remains very difficult to predict who might lead the way - maybe Google or a ride-sharing company like Uber or Lyft or even a traditional car company - or what problems might emerge that could stymie the sector.

"I wouldn't say it's inevitable because, gosh, we are trying to predict the future. Anything could come along and throw a wrench in the works. You could have like the wrong, high profile accident happen in the early stages and take it off the table," he said.

"But I do think as the technology matures, it does seem the case is going to be more and more compelling," he continued. "People are going to want to free themselves up to do other things in the car. If the technology is reliable and it's affordable and good for the environment, I don't see why this wouldn't be embraced."