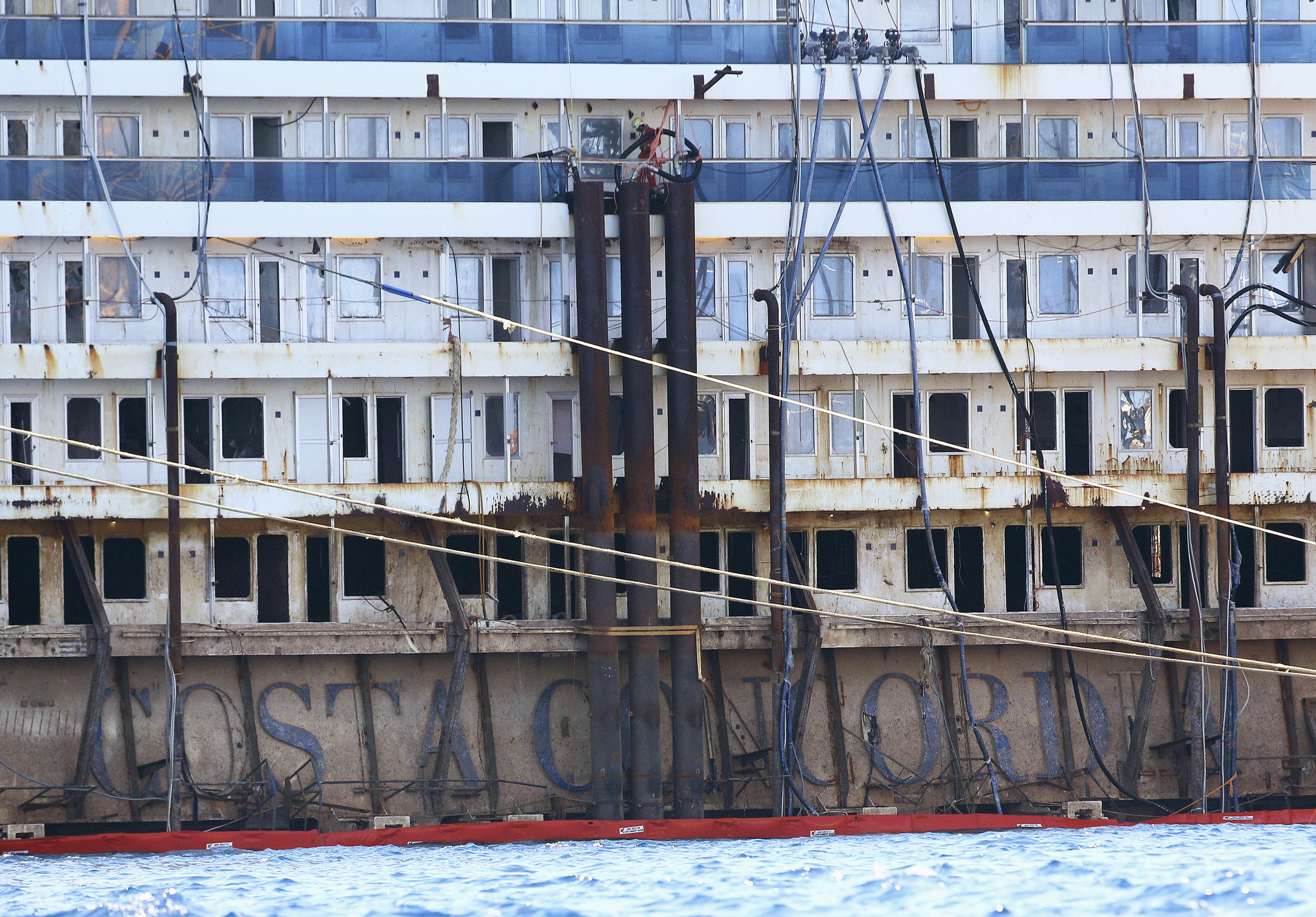 MILAN -- The body of an Indian waiter who was the last missing victim of the shipwrecked Costa Concordia cruise liner has been found by crews dismantling the vessel, authorities said Monday.

The body was discovered by workers clearing debris from the ship in a passenger's cabin on the eighth deck, said Carabinieri commander Capt. Massimo Pittaluga. He said the victim was wearing a shirt that contained an identification card for missing crew member Russel Rebello.

In a Facebook message, Rebello's brother, Kevin Rebello, confirmed the discovery of his brother's remains, thanking "all those who prayed and believed that one day he would be found."

He said a DNA test would be performed before putting his brother to rest "with honor," adding simply: "India, we are coming."

The Concordia capsized after hitting rocks near a Tuscan island in January 2012, killing 32 people. The ship's captain is being tried for manslaughter, causing the shipwreck and abandoning the ship.

The island of Giglio, where the Concordia crashed, has been forever transformed by the tragedy, reported CBS News' Sabina Castlefranco. When the ship was finally floated and prepared for its final journey, more than two and a half years after the crash, the people of the Italian island lined the piers with tears in their eyes to watch her go.

Schettino is expected to testify on December 2.