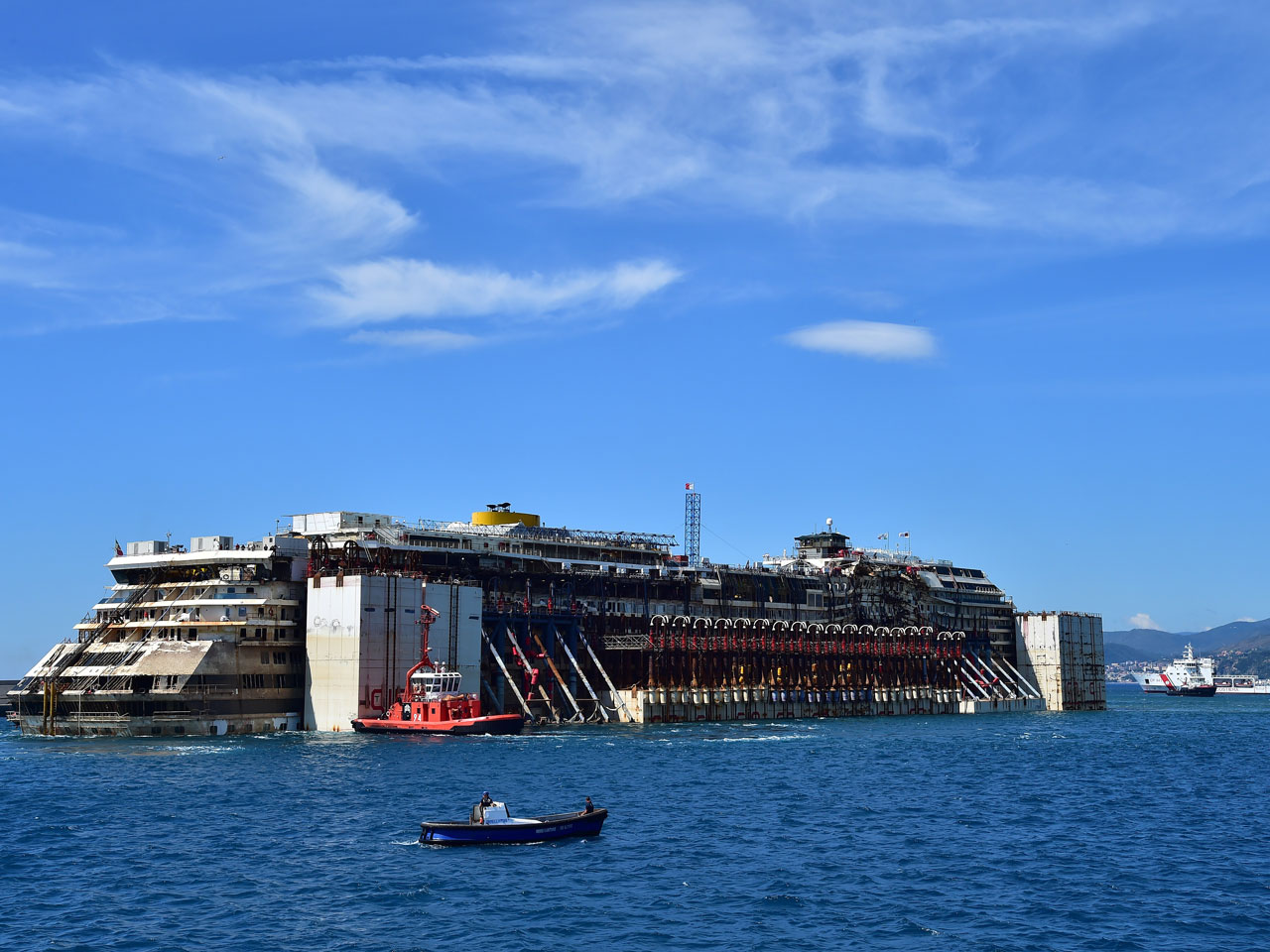 Pulled by tugboats and nudged by brisk winds, the wreck was eased Sunday into Genoa's port - where it will be scrapped.

The luxury liner struck a reef when its captain sailed too close to Giglio Island off Tuscany's coast Jan. 13, 2012, and capsized, killing 32 people.

The wreck will be searched in hopes of finding the remains of an Indian waiter, the only body never found.

The island of Giglio, where the Concordia crashed, has been forever transformed by the tragedy, reports CBS News' Sabina Castlefranco.

When the ship was finally floated and prepared for its final journey, more than two and a half years after the crash, the people of the Italian island lined the piers with tears in their eyes to watch her go -- they waited a long time for the moment.