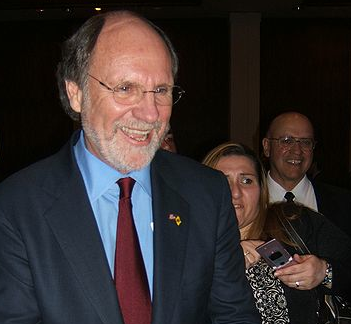 I simply do not know where the money is, or why the accounts have not been reconciled to date. I do not know which accounts are unreconciled or whether the unreconciled accounts were or were not subject to the segregation rules. Moreover, there were an extraordinary number of transactions during MF Global's last few days, and I do not know, for example, whether there were operational errors at MF Global or elsewhere, or whether banks and counterparties have held onto funds that should rightfully have been returned to MF Global.

This is a standard defense among CEOs when company funds disappear. Ignorance doesn't absolve executives of responsibility, of course, but it does offer a measure of plausible deniability. As Sergeant Schultz of "Hogan's Heroes" fame knew well, knowledge is a dangerous thing. It can mean the difference between a golden-parachute ride into comfy, if ignominious, retirement and the inside of a jail cell. If Corzine knows where the dough is, after all, he'd have to help recover it. He also could be implicated in any alleged crimes -- my bad -- "improprieties" committed at MF Global.

Corzine's claim of cluelessness may even be true. Other than blaming evil speculators, former Lehman Brothers CEO Richard Fuld was no more capable of explaining what happened to the investment bank's assets in the days after the firm blew up in 2008 than of admitting responsibility for the collapse. That isn't a bug on Wall Street -- it's a design feature. Complexity breeds perplexity for investors, regulators and CEOs alike.

Christopher Elias of Thomson Reuters has an interesting theory about where MF Global clients' money might have gone -- it was re-hypothecatized (h/t Felix Salmon). Not familiar with that term? No worries. Such spells and potions are for the wizards of finance, not Muggles. Re-hypothecation is a legal loophole between U.S. and U.K. securities rules in the U.S. that allows British brokerage firms to use customer funds for trading purposes.

And -- surprise! -- MF Global had a U.K. subsidiary. That raises a terrifying possibility for customers of the firm -- their money went in through the firm's New York office, where it was protected, and went out through its London office, where MF Global could do with it as the company liked. As Thomson Reuters' Elias says:

Although details of the drama are still unfolding, it appears that MF Global and some of its Wall Street counterparts have been actively and aggressively circumventing U.S. securities rules at the expense (quite literally) of their clients.

MF Global's bankruptcy revelations concerning missing client money suggest that funds were not inadvertently misplaced or gobbled up in MF's dying hours, but were instead appropriated as part of a mass Wall St. manipulation of brokerage rules that allowed for the wholesale acquisition and sale of client funds through re-hypothecation.

Corzine, who will answer questions from members of the House Agriculture Committee this afternoon, also expressed ignorance about other aspects of MF Global's business. The former senator and governor of New Jersey said he didn't "generally involve" himself in clearing and settling trades at the firm, nor in the movement of cash and collateral. That, too, may be true, but the lawyerly phraseology is telling. It distances Corzine from whatever fraud -- oops, again! -- "misdeeds" may have occurred at MF Global (and insulates him against perjury before Congress).

Corzine also said he is not an "expert on the complicated rules and regulations" that governed the firm. But as laid out in his statement, he was clearly expert enough to lobby the SEC to ease proposed rules restricting brokerage firms in using "repurchase transactions to maturity" agreements to invest in European government debt. And Corzine was aware that under his watch MF Global borrowed roughly $30 for every $1 dollar in firm assets, the kind of roll-the-dice leverage common on Wall Street before the financial crisis.

In other words, the ongoing investigation into MF Global's bankruptcy must consider not only how much Corzine knew, but whether he knew enough.

UPDATE: Former MF Global chief Jon Corzine stuck to his story Thursday in a congressional hearing into the brokerage firm's recent collapse. Under questioning from members of the House Agriculture Committee, he said he cannot account for $1.2 billion in missing customer funds, adding that he was "stunned" upon hearing of the shortfall. Corzine added:

There are... many transactions that occurred in those last chaotic days. I am not aware of all those, nor do I have all the information to be able to look at all those transactions. As a consequence, it would be very hard for me to speculate as to where or why that shortfall [in customer accounts] took place.