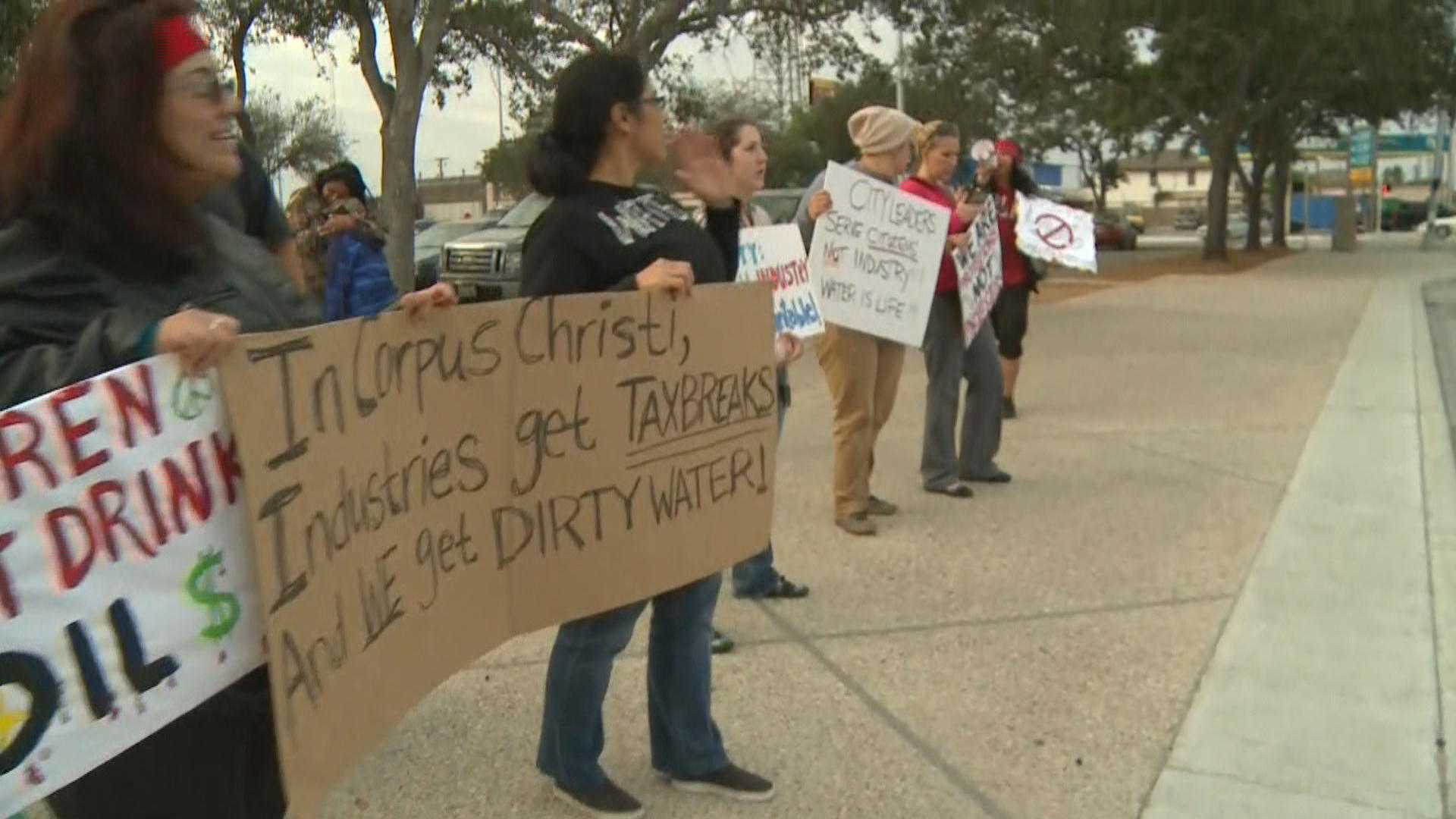 Residents in outlying parts of Corpus Christi, Texas have the all-clear to use their water again. Officials say between three and 24 gallons of a potentially harmful chemical leaked into the water supply. They told all residents Wednesday to avoid tap water for any use.

CBS News correspondent Manuel Bojorquez found one family restaurant that was shut down by the water crisis. While the water looks fine inside, this restaurant and other businesses cannot reopen until the city says the water is safe.

“What do we want? Clean water!” protesters chanted.

Some people in Corpus Christi said they are battling against chemicals many residents have never heard of.

“There were two types of chemicals and I’m not the chemical expert, so I relied on several people,” said Dan McQueen, mayor of the city of more than 320,000. “We don’t think it was introduced to anybody in our city other than the industrial district.”

On Wednesday, workers at an asphalt refinery noticed an oily sheen coming from a faucet at their complex and alerted the city. Petroleum-based chemicals found in asphalt can be hazardous, and in concentrated amounts, will burn the skin and damage the body’s digestive system.

The city’s warning prompted a rush at grocery stores. Carol Madden said she could only take home three liters.

“Well, we woke up and there was a ban on using all water. No washing your hands, brushing your teeth, taking a shower,” Madden.

Isabel Araiza said she and other members of this community have been meeting since the city’s last water issue happened back in May.

“Everybody’s running around trying to collect water and basically, this is a huge failure of providing good services for the community,” Araiza said.

“I think people are wondering whether the city can keep the water safe?” Bojorquez asked.

“Let me tell you something -- this was not a water boil. This was a third party that has been identified, and I believe it’s in the press so far and we will hold them accountable, but they contaminated our water supply,” the mayor said.

“What can the city do then to prevent this type of contamination from happening again?” Bojorquez asked.

“My number one concern right now is the public is safe. We can get you guys, get the city back operating again,” McQueen said.

Argon has sued a third-party contractor over the contamination, but that contractor has denied responsibility. In the meantime, officials here are reportedly looking into whether other chemicals -- like hydrochloric acid -- may be in the water. But so far, there have been no reported illnesses and no word that anyone has actually ingested tainted water.