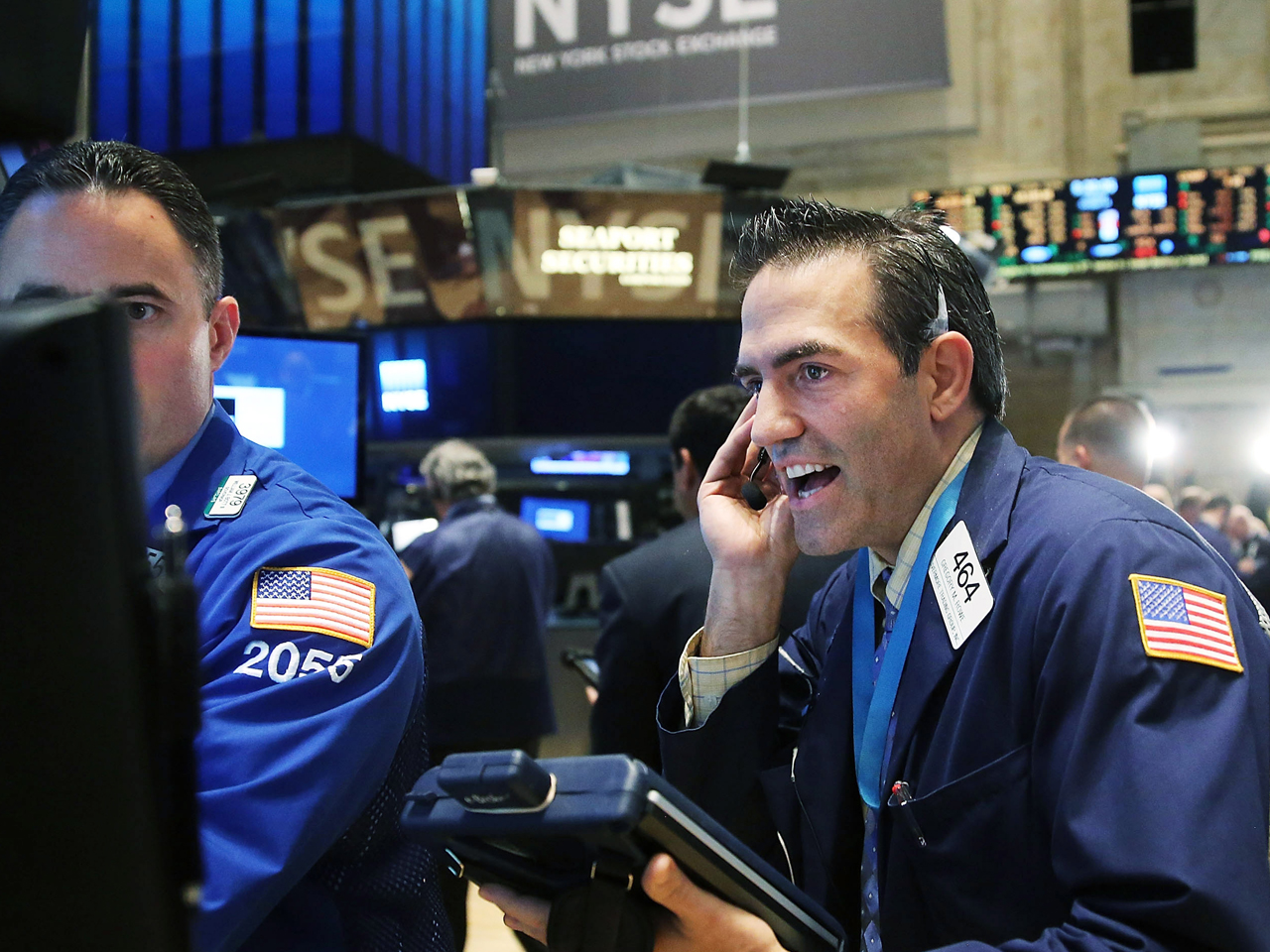 U.S. stocks moved higher in afternoon trading Tuesday, on track for their first gain after three straight losses. Investors were focusing on a slate of corporate earnings, including better-than-expected results from Citibank and Domino's Pizza. Airline stocks also were among the big risers.

"We'll see how much stability comes back to the market as a result of this," said Matt Whitbread, investment manager at Baring Asset Management. "We've seen some active afternoon sessions of late where we've seen some quick give-ups of some of the morning gains."

Stocks are coming off their worst week in more than two years. The Dow went negative for the year on Friday. A late-afternoon slide on Monday extended the market slump, sending the Dow 222 points lower. The Dow is now down 1.1 percent for 2014, while the S&P 500 index is up 2.1 percent.

Several major banks kicked off the third-quarter corporate earnings season. JPMorgan Chase returned to a profit, but missed Wall Street's expectations. The stock bounced back after being down earlier in the day, rising 7 cents, or 0.1 percent, to $58.21. Wells Fargo's earnings matched analysts' expectations, while Citigroup's results came in better than expected. Wells Fargo slipped 68 cents, or 1.4 percent, to $49.51. Citigroup rose $1.37, or 2.7 percent, to $51.27.

Shares in Cerus climbed 9.1 percent after the Food and Drug Administration approved expanded access of the biotechnology company's developing blood treatment. The stock added 35 cents to $4.21.

Johnson & Johnson raised its 2014 earnings outlook, partly due to revenue gains from its new blockbuster hepatitis C drug. But shares in the world's biggest health care products maker slipped about 1 percent as investors worried about looming competition for the drug. The stock fell 89 cents to $98.22.

Eight of the 10 sectors in the S&P 500 rose, with industrial stocks posting the biggest gain. Health care stocks fell the most.

Resistance from Germany to increasing government spending to stimulate economic growth in Europe dampened hopes for additional steps to counter what some economists believe may be a lapse back into recession for the region. On Tuesday, Germany got another dose of bad economic news. The ZEW index of investor sentiment fell for a tenth consecutive month in October.