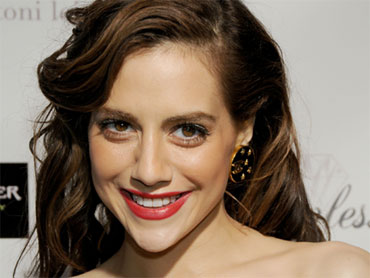 The Los Angeles County coroner's office says it has completed an autopsy of Brittany Murphy but will defer releasing a cause of death until after toxicology tests are complete.

It says there was no evidence of trauma to Murphy's body.

Earlier, Murphy's family said the actress was ill with flu-like symptoms in the days before her death and prescription medications were taken from her home, the Los Angeles coroner's office said Monday.

The 32-year-old star of films such as "Clueless" and "8 Mile" died Sunday morning after collapsing at her Hollywood Hills home. Paramedics tried to revive her, but she was pronounced dead at Cedars-Sinai Medical Center.

Toxicology tests will be performed, and officials will contact her personal physician to get a better sense of Murphy's medical history, Winter said.

Emergency crews responding to a 911 call Sunday morning found Murphy in cardiac arrest and were unable to revive her.

Neighbor Clare Staples witnessed the desperate measures by paramedics to save her.

"She was laying on the gurney...it looked like she had died and they were putting tubes in her throat and trying to resuscitate her with paddles," Staples said. "Her husband was wandering around in his pajama bottoms just looking dazed and shocked."

"It's just tragic," she added.

Funeral arrangements have not been announced.

"The sudden loss of our beloved Brittany is a terrible tragedy," Murphy's husband and family wrote in a statement. "She was our daughter, our wife, our love, and a shining star. We ask you to respect our privacy at this difficult time."

The actress was found in full cardiac arrest and transported to Cedars-Sinai Medical Center. The official cause of death may not be known for weeks.

Murphy moved to Los Angeles with her mother, Sharon, in the early 1990s. Her career started with small roles in television series, commercials and movies, but her part in "Clueless" led to larger projects.

She is best known for parts in "Girl, Interrupted" and "8 Mile," and also voiced the character Luanne Platter for more than 200 episodes on Fox's animated series "King of the Hill."

Her role in "8 Mile" led to more recognition, Murphy told the Associated Press in 2003. "That changed a lot," she said. "That was the difference between people knowing my first and last name as opposed to not."

In recent years, Murphy dealt with dramatic weight-loss and publicly denied rumors of drug use and a troubled marriage.

Dina Sansing, entertainment director of Us Weekly, said, "Brittany was looking towards the future. She wanted to get her career back on track and she was also looking to have a baby."

On CBS' "The Early Show" Monday morning, Gerald Posner, chief investigative reporter for The Daily Beast, said it may take a couple of weeks for the results of toxicology tests.

"There's no signs of trauma, no signs of the evident death. They say cardiac arrest, but this could mean anything," Posner said. "So what they'll be looking for is to see whether there were drugs in her body that might have caused the death or whether she had some type of genetic abnormality that caused her to die at 32, which would be unusual, but does occasionally happen."

Murphy was married in 2007 to British screenwriter Simon Monjack, who Posner said had asked that an autopsy not be performed on his wife.

"Of course they're going to ignore him; under California law, they have to [do an autopsy]," said Posner. "But it was very interesting to see a man some saw as the cause of some of her problems being the one who says, by the way, don't investigate her death."

"She was just an absolute doll since she was born," Bertolotti from his Branford, Fla., home. "Her personality was always outward. Everybody loved her - people that made movies with her, people on a cruise - they all loved her. She was just a regular gal."

He said he hadn't heard much about the circumstances of Murphy's death. Bertolotti divorced her mother when Murphy was young and hadn't seen Murphy in the past few years.