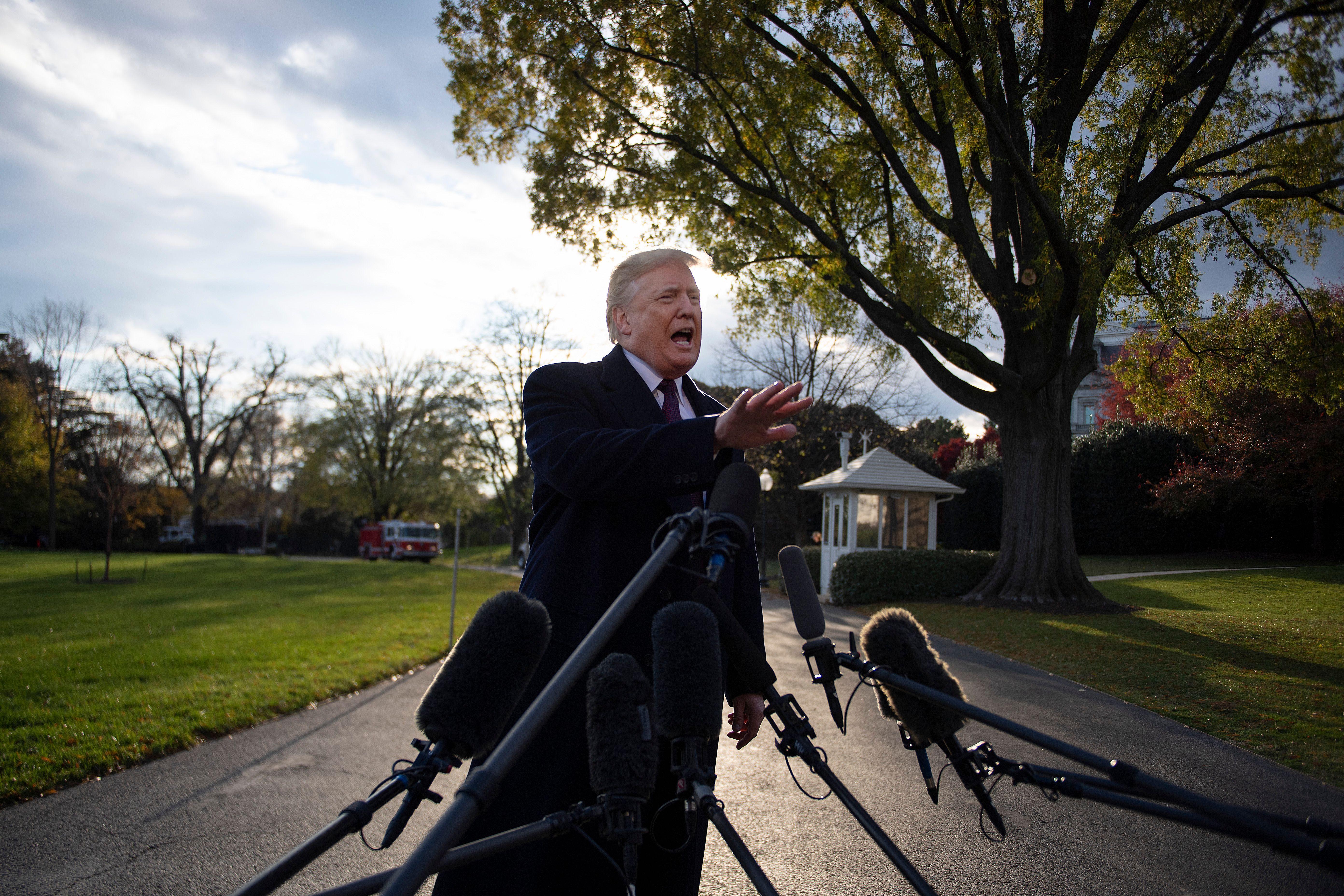 "In light of recent developments, including the Saudi government's acknowledgement that Saudi officials killed Mr. Khashoggi in its Istanbul consulate, we request that your determination specifically address whether Crown Prince Mohammed bin Salman is responsible for Mr. Khashoggi's murder," the letter says.

The letter requested Mr. Trump investigate the role of the crown prince, known as MBS, under the Global Magnitsky Human Rights Accountability Act. The act allows the president to impose sanctions on a person or country involved in a human rights violation. The investigation is triggered by a letter to the president from the chair and ranking member of the Senate Foreign Relations Committee.

In a letter to Mr. Trump in October, Corker, Menendez and Sens. Lindsey Graham and Patrick Leahy used the Magnitsky Act mechanism to trigger an investigation and sanctions inquiry into Khashoggi's disappearance. The first letter did not specifically refer to MBS.

The CIA has intelligence substantiating an assessment that the crown prince ordered Khashoggi's killing. The CIA's assessment appeared to be largely based on the control held by the crown prince. In other words, the murder could not have been carried out without the knowledge of MBS.

Nonetheless, Mr. Trump released a statement on Tuesday afternoon saying, "Our intelligence agencies continue to assess all information, but it could very well be that the crown prince had knowledge of this tragic event – maybe he did and maybe he didn't!"

Mr. Trump told reporters on the White House lawn that Khashoggi's murder was a "shame," but "it is what it is," adding that his administration was "not going to give up hundreds of billions of dollars" over the Oct. 2 killing in Saudi Arabia's Consulate in Istanbul, referring to a pending arms deal with the Saudis.

"If we abandon Saudi Arabia, it would be a terrible mistake," Mr. Trump said.

"I'm pretty sure this statement is Saudi Arabia First, not America First," Republican Sen. Rand Paul, an ally of the president but ardent critic of America's relationship with the Saudis, tweeted.

The lawmaker from Kentucky accused National Security Adviser and foreign policy hawk John Bolton of writing the statement and criticized American assistance to the Saudi-led coalition waging a bloody war against the Iranian-backed Houthi rebels in Yemen.

"We should, at the very least, NOT reward Saudi Arabia with our sophisticated armaments that they in turn use to bomb civilians," Paul added.

Sen. Marco Rubio, R-Florida, who has largely embraced the administration's doctrine across the world, wrote on Twitter that "our foreign policy must be about promoting our national interests." The junior senator from Florida stressed that defending human rights is vital to America's national security because human rights violations fuel "mass migration," foster extremism and benefit governments hostile to the U.S.

In a statement, Sen. Lindsey Graham, R-South Carolina, said the U.S. can't overlook Khashoggi's high-profile killing and dismemberment, and suggested that there was bipartisan support among lawmakers to sanction individuals involved in the assassination, including members of the royal family.

"While Saudi Arabia is a strategic ally, the behavior of the Crown Prince – in multiple ways – has shown disrespect for the relationship and made him, in my view, beyond toxic," Graham added.

Constant Mr. Trump critics Sen. Jeff Flake and Sen. Bob Corker also condemned the statement. The retiring senator from Arizona said "great allies" don't lure their own citizens into a trap, and then have them killed.

"I am astounded by the type of response that was put out by the White House," Corker said in an interview with a local news crew on Tuesday. He acknowledged that it was a "delicate situation" with a long-time ally, but said, "we have a crown prince that I believe directed the killing of a journalist. The language that was used, it was if they were writing a press release for Saudi Arabia, not for the United States."

Alluding to the letter to Mr. Trump from himself and Sen. Menendez demanding a determination on the crown prince, Corker said he and his Senate colleagues were "trying to make sure that the appropriate pressure is placed on MBS."