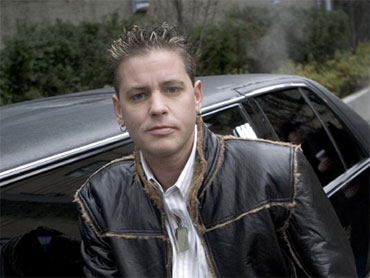 (CBS) Canadian actor Corey Haim's was left out of yet another "In Memoriam" tribute when he was omitted from Sunday's Oscar segment.

Haim, who often struggled with a drug addiction, died n March 2010, from  what his autopsy report called "community-acquired pneumonia" along with lung, heart and blood vessel problems.

He was known for his performances in "The Lost Boys," "License to Drive," "Murphy's Romance" and "Lucas."

The Hollywood Reporter noted that the 1980s film-star was also left out of the "In Memoriam" Tribute at the SAG Awards on Jan. 30,2011, and former co-star Corey Feldman was not happy about the omission.

"We have become used to not being honored by our peers in the industry," Feldman declared. "I have faith that the Academy will make a wiser choice."

A message posted on his official website on Sunday stated that the Haim'ss mother, Judy, who has breast cancer, will be selling some of his personal items on eBay.

"While the mourning continues, Judy feels it is time for her to release some of Corey's personal belongings," the Web posting said. "She no longer has the space for it all and would now like to offer them to his fans. Over the next few weeks, I will be listing these items for Judy on eBay. The proceeds of Corey's snowboard and accessories from "The Two Coreys" will be for the benefit and support of Judy. The proceeds of all other items -- T-shirts, shirts, shoes, etc. -- will go 100 percent to the Homeless Animals Rescue Team of Long Island, an animal rescue organization that saves, vets and provides long-term shelter to homeless dogs, cats and other companion animals in need."