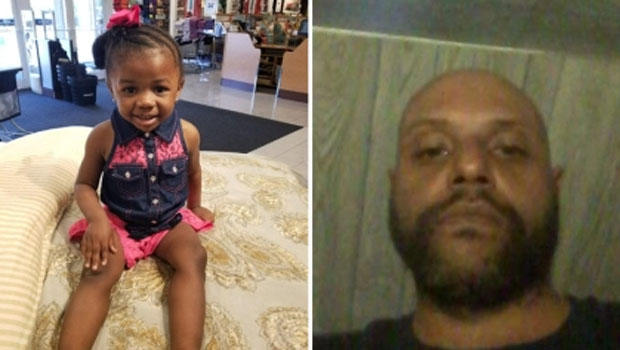 Police say the child, Sondra Renee, was kidnapped at gunpoint around 9:45 a.m. Tuesday by 42-year-old Grady Lamar Barrett. Barrett is the boyfriend of the child's mother and is not the girl's father, according to police.

The girl's aunt was babysitting for her at the time of the abduction, officials say.

Authorities had issued a lookout alert for Barrett's vehicle, a Sierra pickup truck that was later spotted on a highway. A chase ensued and police say Barrett tried to hit a police car, but failed.

Police pursued Barrett for many miles at low speeds before they were able to box him in and rescue the child, the station reports.

The child was unharmed, state police say. Barrett was taken into custody.