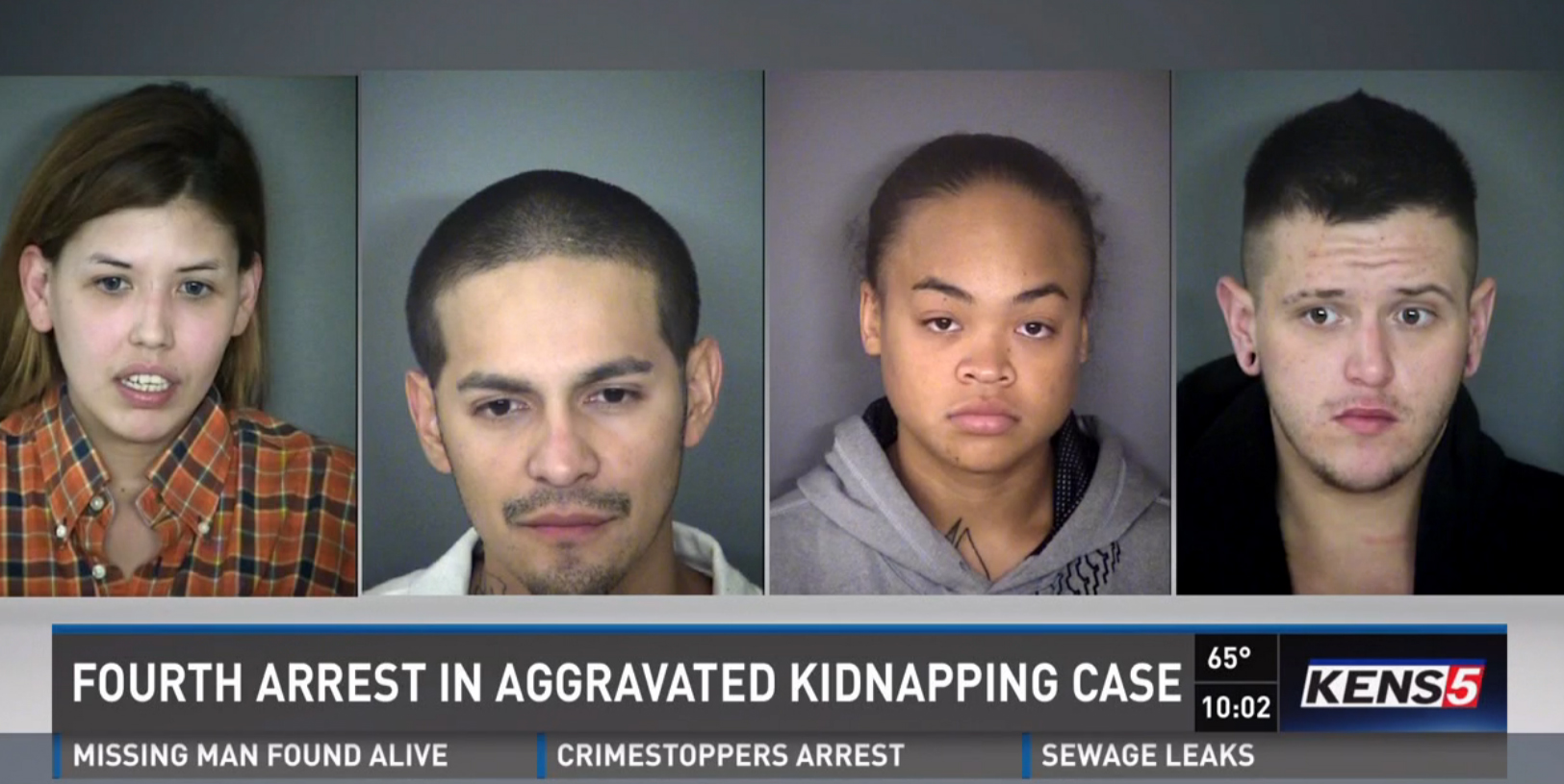 SAN ANTONIO -- Police say they have arrested the mastermind behind the revenge kidnapping of a woman who was freed by deputies in early September, reports CBS affiliate KENS.

Mercedes Salazar, 32, was the fourth person arrested in this case, according to the station. James Cerda, Teanna San Nicolas and Tristan Smith are also accused of being involved in the kidnapping.

Last month, the station reports, deputies arrived at a home near Lackland Air Force Base when they heard someone screaming. After forcing their way inside, they found two women -- one of whom they believed had been held against her will for days.

She reportedly told law enforcement that she was able to dial 911 after she convinced San Nicolas to free her after being tied up. She also said that Cerda had left the house to run an errand.

"At many points in the time period while [the victim] was there, they had zip-tied her to a chair, threatened to kill and harm her with scissors and a knife. We even have reason to believe there was a blood ritual performed on her," a spokesman for the Bexar County Sheriff's Office told the station.

In the "blood ritual," the victim reportedly said that her kidnappers cut her hair and cut her palm to draw blood. According to the arrest report, she believed that she was injected with heroin and was forced to to swallow a pill that left her unconscious.

Officials say the victim formerly dated suspect Salazar's brother, who was found murdered back in August. The victim told police that Salazar believed the woman had something to do with it.

Investigators are still trying to find out whether the kidnapping victim played any role in the murder, according to KENS.

All four suspects have been charged with aggravated kidnapping.