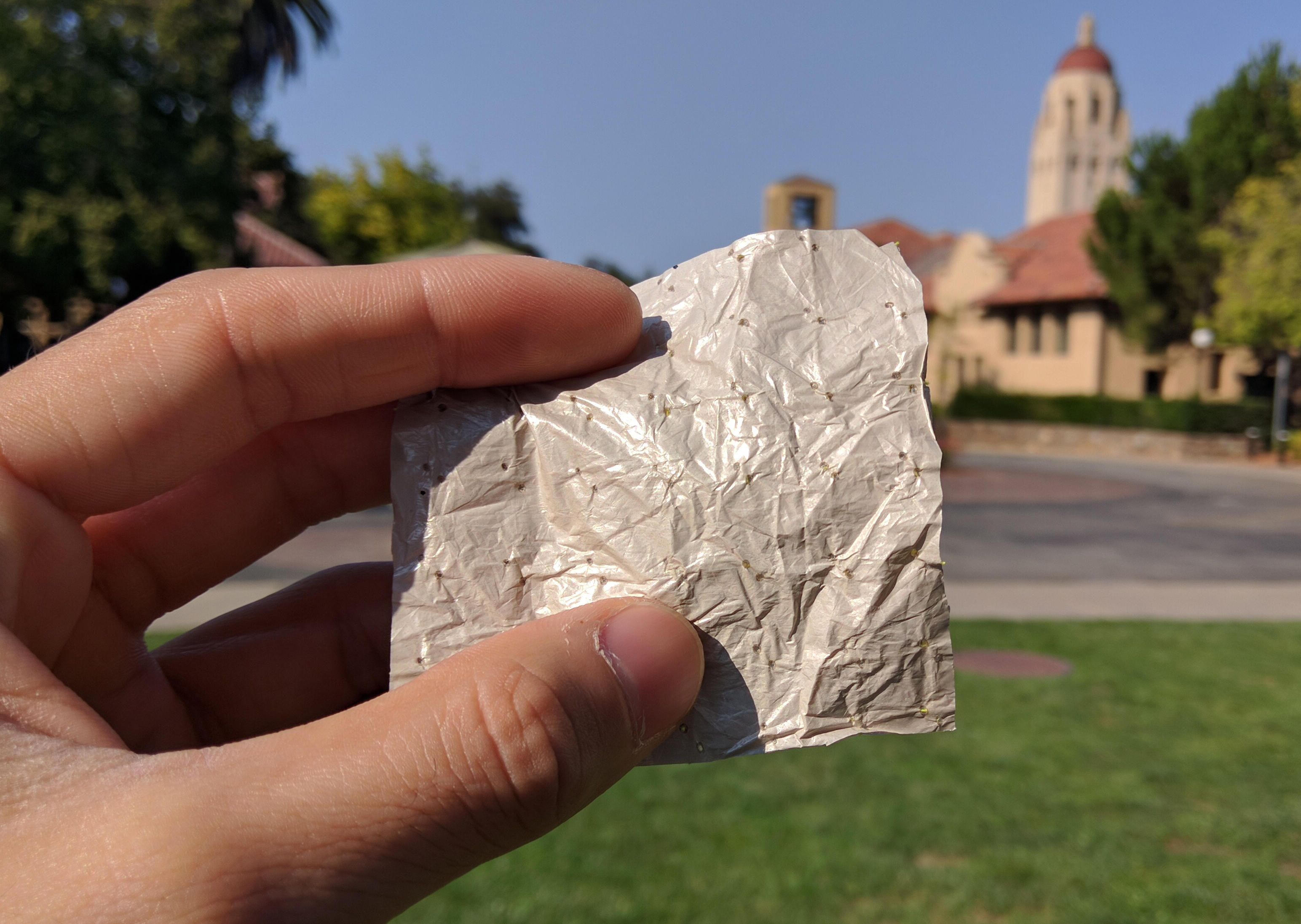 WASHINGTON — Engineers have created clothing for a warming world - a fabric that allows your body heat to escape far better than other materials do.

It hasn’t been worn or tested by humans, so outside experts caution this is far from a sure thing, but a team at Stanford University engineered a fabric using nano technology that not only allows moisture to leave the body better, but helps infrared radiation escape better. As a result, they say in Thursday’s journal Science, the body should feel around 4.8 degrees cooler than cotton and 3.8 degrees chillier than commercially available synthetics.

This is designed for a warmer world - not just because climate change is making temperatures hotter, but because it takes a lot of energy to heat and cool people’s offices and homes, said study lead author Yi Cui, a professor of materials and engineering.

“What we need is heating or cooling of individual human beings. How do you do personal thermal management?” Cui said.

Existing fabrics already do a good job of taking moisture away from the body, but the issue is more “how do you control the infrared radiation coming out of the human body,” he said. Material does a good job of trapping that heat energy to warm you, but letting it go is another matter. That’s where clear clingy plastic kitchen wrap comes in.

Plastic wrap - polyethylene - does a good job of allowing infrared radiation to escape the body. The trouble is it also allows visible light to escape, Cui said. That means, you can see through it, which isn’t exactly what most people want from clothing.

So the engineering team worked at changing the pore size of the material and added other chemicals, allowing the heat and moisture out, but not visible light. And it is cheaper than cotton, Cui said.

But that material felt too flat, so the next step was to weave it, to feel like regular fabric, Cui said.

They’ve used devices to mimic human skin and monitor skin temperatures, but strict scientific testing rules have prevented them from testing clothing on actual humans, Cui said. That’s the next step and outside scientists said there are all sorts of potential pitfalls. And after that, another three years would pass before mass production could proceed so people could buy and wear it, he said.

“There are many factors relating to the compatibility and feel of the fabric in contact with the skin - washability, durability, compatibility with coloring materials and how they impact radiative properties that remain completely unexplored,” Yogendra Joshi, a professor of mechanical engineering at the Georgia Institute of Technology who wasn’t part of the study, said in an email. “Replacing fabrics such as cotton that have been around for over 8,000 years is a tall order.”