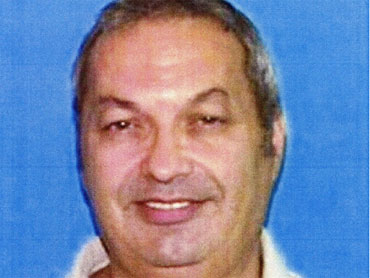 Noshir Gowadia was convicted on 14 counts, including conspiracy, violating the arms export control act and money laundering. He was found not guilty on three counts of communicating national defense information to aid a foreign nation.

Gowadia, who has been in federal custody for nearly four years, faces life in prison when he is sentenced in November.

The decision came after six days of deliberations at a federal court in Honolulu.

Prosecutors accused Gowadia of helping China design a stealth cruise missile. They alleged he pocketed $110,000 over two years for his exhaust nozzle design.

The trial lasted nearly four months. The 67-year-old from Maui has spent almost five years in federal detention since his October 2005 arrest after a judge ruled he was a flight risk.

Gowadia helped design the propulsion system for the B-2 bomber when he worked at Northrop Corp., now known as Northrop Grumman Corp. between 1968 and 1986.

They said Gowadia traveled to China between 2003 and 2005 while designing the cruise missile and used e-mail to arrange payment for his work.

Gowadia's defense attorney, David Klein, told jurors it was true the engineer designed an exhaust nozzle for China. But he said Gowadia's design was "basic stuff" based on unclassified information that was already publicly available.

Prosecutors also charged Gowadia with attempting to sell classified stealth technology to the Swiss government and businesses in Israel and Germany.

Born in India, Gowadia moved to the U.S. for postgraduate work in the 1960s and became a U.S. citizen about a decade later. He retired from Northrop for health reasons in 1986, two years before the B-2 made its public debut.

He moved to Maui in 1999 from the U.S. mainland where he had been doing consulting work after retiring from Northrop.

The case is one of a series of major prosecutions targeting alleged Chinese spying on the U.S.

In March, Chinese-born engineer Dongfan "Greg" Chung was sentenced to more than 15 years in prison after he was convicted of six counts of economic espionage and other federal charges.

Investigators learned about Chung while probing Chi Mak, a defense contractor engineer convicted in 2007 of conspiracy to export U.S. defense technology to China. Mak was sentenced to 24 years in prison in 2008.