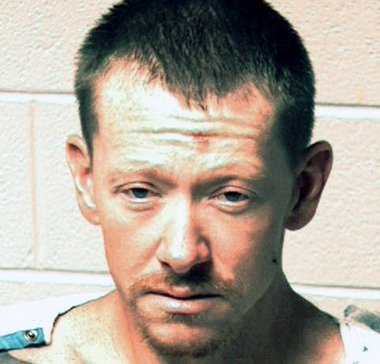 (CBS/AP) EASTON, Pa. - A Pennsylvania man who spent more than 15 years in prison for a 1991 murder pleaded guilty Wednesday in the stabbing deaths of four more people last summer.

Michael Eric Ballard, 37, pleaded guilty in Northampton County Court to four counts of first-degree murder. A jury will decide if Ballard should be sentenced to death.

Ballard, who was scheduled to go on trial next month, admitted he fatally stabbed his former girlfriend, her father, her 87-year-old grandfather and a neighbor on June 26 of last year during a grisly rampage in Northampton, a small town about 70 miles north of Philadelphia.

His victims were Denise Merhi, 39; her father, Dennis Marsh, 62; her grandfather, Alvin Marsh Jr., and neighbor Steven Zernhelt, 53, who ran over to help after hearing screams. Prosecutors said Ballard was upset because Merhi had broken off their relationship.

Ballard and Merhi met in a doctor's office after his release from prison in 2006 and they began dating. He was sent back to prison after failing to complete court-ordered anger management therapy but was let out again in April 2010. By then, Merhi had left Ballard for another man and "everything came to a head,"

Ballard told The Morning Call of Allentown in an interview this month.

Asked if he felt remorse, Ballard said: "You've got to understand, we're not even a year removed. Despite what the prosecutor wants to believe, there's still a lot of raw emotion in me."

He insisted he wasn't a "mad dog," as Northampton County District Attorney John Morganelli has characterized him.

"He's wanted to dehumanize me. He's wanted to portray me as some vicious animal and that's not the case," Ballard said. "I'm flesh and blood. I'm human. I have emotions."

A jury will be chosen next month to determine Ballard's sentence. If the jury deadlocks on death, Ballard will automatically get life in prison without parole.