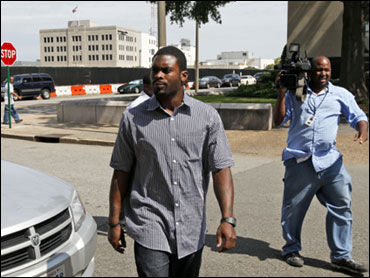 Two years of drought and failed crops have left southern Africa's people with little choice but to depend on food aid and whatever they could scavenge from the parched earth.

Even in the cities this spring there were acute shortages. Rural or urban, the situation is the same: no food.

Now, as CBS News Correspondent Elizabeth Palmer reports, a bitter dispute over U.S. donations of genetically-modified corn is threatening to turn this crisis into a disaster.

This American corn, 14,000 tons of it, is sitting in locked warehouses since the president of Zambia discovered that most of it was genetically modified, and stopped its distribution.

Ridiculous, say the donors, millions of Americans eat this corn, too.

Andrew Natsios of USAID says, "This drought does not have to become a famine. We are making it into a famine by causing political paralysis around policy decisions that are impeding the relief process."

Dr. Mwananyanda Lewanika, a Zambian biologist says, "There is a worry that once this grain is distributed that some of the people could actually save it and plant it for the next year."

If so, warn African scientists, it could invade the native crop with ruinous consequences for the farming ecosystem,

Also, some farmers -- who in better years actually export grain -- worry that they may lose precious customers in other countries, especially in Europe where they try to avoid genetically-modified products.

Is the U.S. donation of genetically-modified grain genuine food aid -- or is it a calculated plan to make small African farmers dependent on American high-tech agriculture?

While delegates here argue it out, for the starving millions in Zambia, the issue is simple. They just want to be fed.