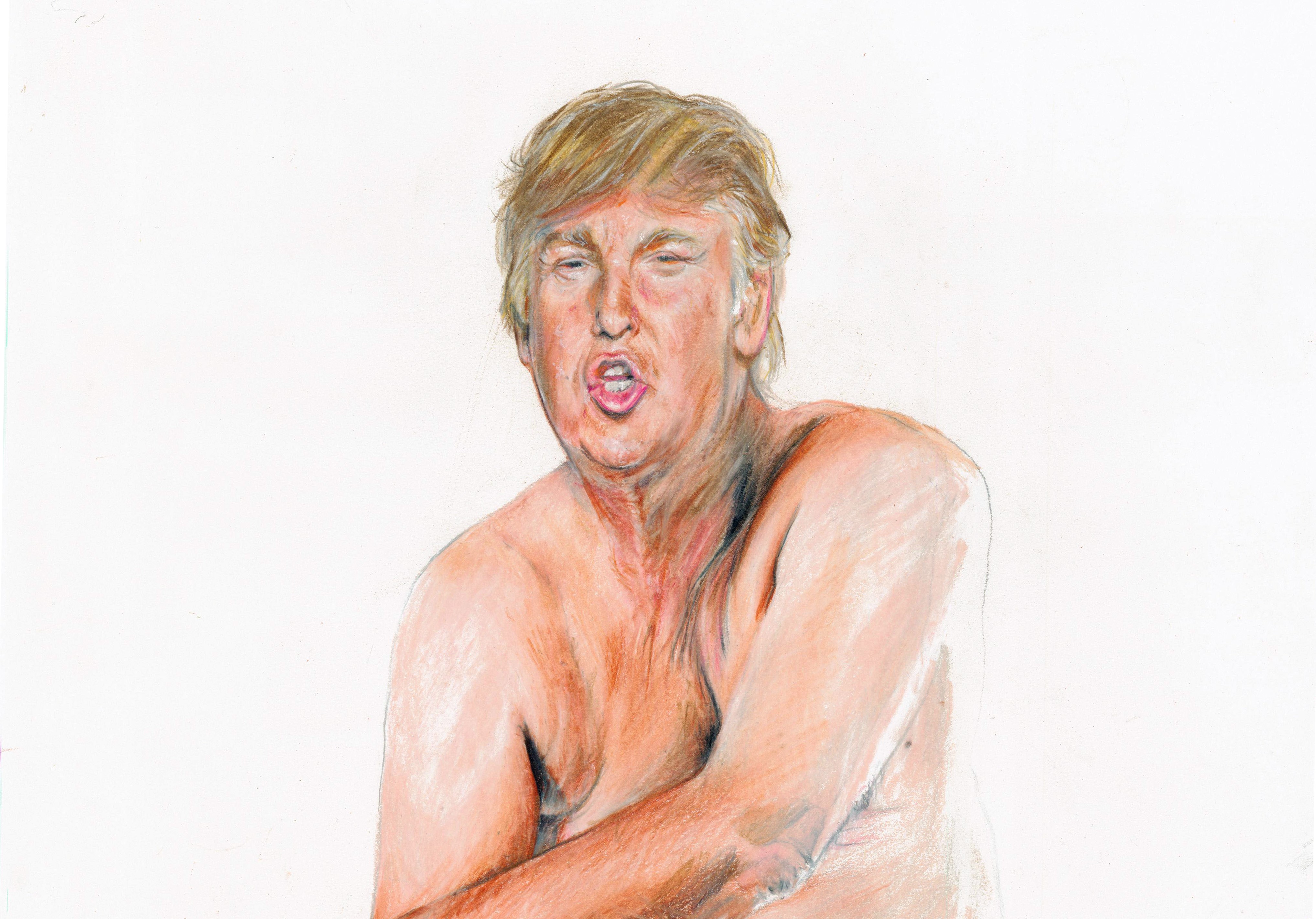 After facing censorship in the United States, a controversial painting that depicts Donald Trump in the nude will be on display in a London gallery.

While Trump has publicly suggested that the public would be impressed by the size of his genitals, the painting -- called "Make America Great Again" -- suggests otherwise. Created by artist Illma Gore, the 11-by-14 inch painting will be on display at the Maddox Gallery. Gallery director James Nicholls called it a "contentious and interesting piece" that offends some but amuses others.

According to a press release from Maddox Gallery, the painting has been deemed more than just offensive in the U.S. -- the gallery says Gore received an anonymous threat that she would be sued if she sold the painting, due to Trump's claim to the commercial use of his image. Meanwhile, Gore also apparently received notice from Facebook that a third party has filed a DMCA (Digital Millennium Copyright Act) infringement notice against her. Gore also says she has received death threats from Trump supporters because of the painting.

After Gore shared an image of her painting on Facebook in February, it was shared more than 260,000 times, the gallery says, before the post was removed. Gore has been warned that she could be banned from the site for violating its policies, which include a ban on nudity. In spite of all the blowback, Gore has made a free version of the image available to download from her website.

Gore said in a statement that the painting was created "to evoke a reaction from its audience, good or bad, about the significance we place on our physical selves... Your genitals do not dictate your gender, your power, or your status."