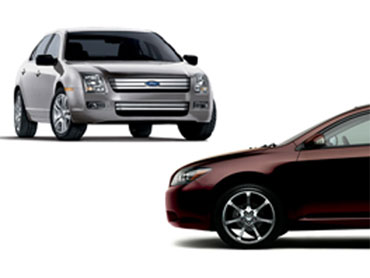 Ford is the only Big Three automaker to be cited by Consumer Reports as producing cars with "world class reliability," according to the magazine's latest survey.

Asian brands again dominated the magazine's 2009 Annual Car Reliability Survey, with eight of the top 10 brands from Japanese and Korean companies. But several Ford Motor Co. models were as dependable - or better - than the industry's best, scoring above perennial leaders Honda and Toyota.

Consumer Reports found that 90 percent (or 46 out of 51) of Ford, Mercury and Lincoln vehicles had average or better reliability.

Brands from Chrysler and General Motors, on the other hand, continued to struggle, with Chrysler coming up last among 33 brands sold in the U.S.

Asian brands have scored best in the survey for years. The magazine said Toyota's Scion small-car brand topped the reliability list for the second year in a row.

Honda, Toyota, Infiniti and Acura rounded out the top five. Ford's Mercury, finishing at 10, was the only Detroit brand to rank in the top tier.

"Those types of problems are keeping them from being truly world class," Fisher said.

Bennie Fowler, Ford's vice president of global quality, said the company is applying the same methods that worked with the Fusion and other models to the ones that didn't perform as well. The company constantly listens to customer complaints and tracks warranty claims to improve quality, he said.

"We know that the quality levels today have to be greater tomorrow," he said.

Of the 48 models with top reliability scores, 36 are from Asian automakers: Toyota (18), Honda (8), Nissan (4), and three each from Hyundai/Kia and Subaru.

The findings, released today, are based on surveys taken in March by magazine or online subscribers who own or lease 1.4 million vehicles. Based on those responses, Consumer Reports predicted the reliability of 2010 models.

Among family sedans, Ford's 4-cylinder Fusion and the Mercury Milan ranked higher than all other models except for Toyota's Prius. The Ford cars outscored Honda's Accord and Toyota's Camry, the two top-selling cars in America, "which many people view as the paradigms of reliability," Paul said.

The Lincoln MKZ also topped rivals in its class, the Acura TL and Lexus ES, but other Lincoln models fared less well.

The least reliable vehicle, Volkswagen's Touareg, is 27 times more likely to have a problem than the most reliable car, Honda's Insight hybrid, according to the magazine.

Among GM cars, 20 of 48 models surveyed had average reliability scores.

One third of Chrysler's models were much worse than average in reliability.

Last year Consumer Reports said it could not recommend any Chrysler product. However, this year the editors said they could recommend the redesigned, four-wheel-drive Dodge Ram 1500 pickup.

Paul said automakers often can only make quality improvements when new models come out, and those have been few for Chrysler in the last two years.

"Hopefully for them, when they do release new models, they will still have the same level of quality that we saw in the Ram," he said.

The Consumer Reports survey also found that higher-priced cars aren't necessarily more reliable than less-expensive ones. Inexpensive small cars and midsize family sedans were the most reliable in the survey, which questions subscribers about 17 potential problem areas.