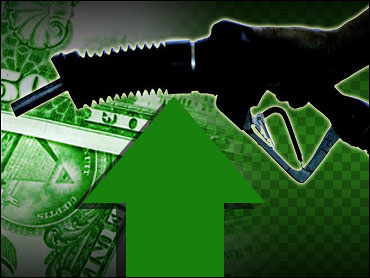 The Labor Department reported that consumer prices edged up just 0.2 percent in October, which was the best showing in four months. In September, consumer prices had soared by 1.2 percent, the biggest one-month increase in 25 years.

The slowdown in price pressures reflected a 0.2 percent drop in energy costs, a significant change from the record 12 percent increase in energy prices in September, a surge that had reflected widespread shutdowns of refineries and oil platforms along the Gulf Coast in the wake of hurricanes Katrina and Rita.

Excluding food and energy, core inflation edged up 0.2 percent in October. While that was up from the 0.1 percent increases of the previous five months, it was still considered to be a moderate gain indicating that the surge in energy prices this year has not caused more widespread inflation problems.

So far this year, consumer prices have been rising at an annual rate of 4.9 percent, a significant increase from the 3.3 percent rise in prices for all of 2004.

This acceleration occurred because of a big surge in energy prices this year, which have soared by 37.1 percent at an annual rate through the first 10 months of this year. That compares to a 16.6 percent jump in energy prices in 2004.

However, excluding the volatile energy and food sectors, core inflation is rising at an annual rate of 2.1 percent through October, down slightly from the 2.2 percent increase in core inflation in 2004.

Core prices are being closely watched by financial markets and the Federal Reserve for any hint that the surge in energy prices are beginning to exert upward pressures on overall inflation.

Analysts believe that as long as the increase in core prices remains close to 2 percent, the Fed will be content to continue with its gradual tightening of credit conditions. Analysts are forecasting that the central bank will increase its federal funds rate by another quarter-point at its December meeting.

Ben Bernanke, who has been tapped by President George W. Bush to succeed Alan Greenspan, as Federal Reserve chairman in February, told his Senate confirmation hearing on Tuesday that he planned to make fighting inflation a top priority in a continuation of Greenspan's policies.

The 0.2 percent overall increase in consumer prices was the best showing since no change at all in June. Since that time, the Consumer Price Index had been pushed higher by surging energy costs.

In October, overall energy costs fell by 0.2 percent following the record 12 percent jump in September. The moderation reflected a 4.5 percent drop in gasoline prices, the biggest decline in 15 months.

However, in a worrisome development for winter heating bills, natural gas prices shot up 14 percent in October, the biggest increase since January 2001. Prices for electricity were up 0.7 percent but prices for home heating oil fell by 0.4 percent.

Food costs edged up 0.3 percent in October, a slight acceleration from a 0.2 percent September increase.

Pork and poultry costs fell but prices for fruits and vegetables were up.

Clothing costs were down 0.4 percent in October after an even bigger 1 percent decline in September while the price of new cars roe 0.5 percent.