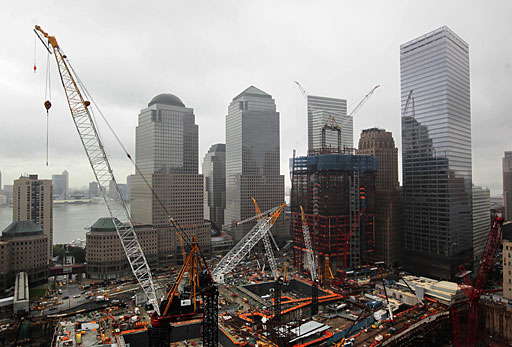 WASHINGTON - Builders began work on fewer offices, shopping centers and other commercial projects in January, pushing construction spending down to near a decade low.

The consecutive declines pushed total spending down to a seasonally adjusted annual rate of $791.8 billion in January, close to the decade low of $791.5 billion hit in August.

The current pace of construction activity is just about half of the $1.5 trillion level that economists believe would signal a healthy construction sector. They think it could be another four years before construction recovers to that level.

Builders have struggled with falling demand since the housing bubble burst, helping to push the country into the deep 2007-2009 recession. The recession lowered overall economic activity and that depressed demand for office buildings, hotels and shopping centers. In addition, banks tightened lending standards, making it harder for builders to get financing for projects.

Construction by state and local governments fell 0.9 percent to an annual rate of $270.4 billion. Building at the state and local level is being constrained by efforts to get control of large budget deficits.