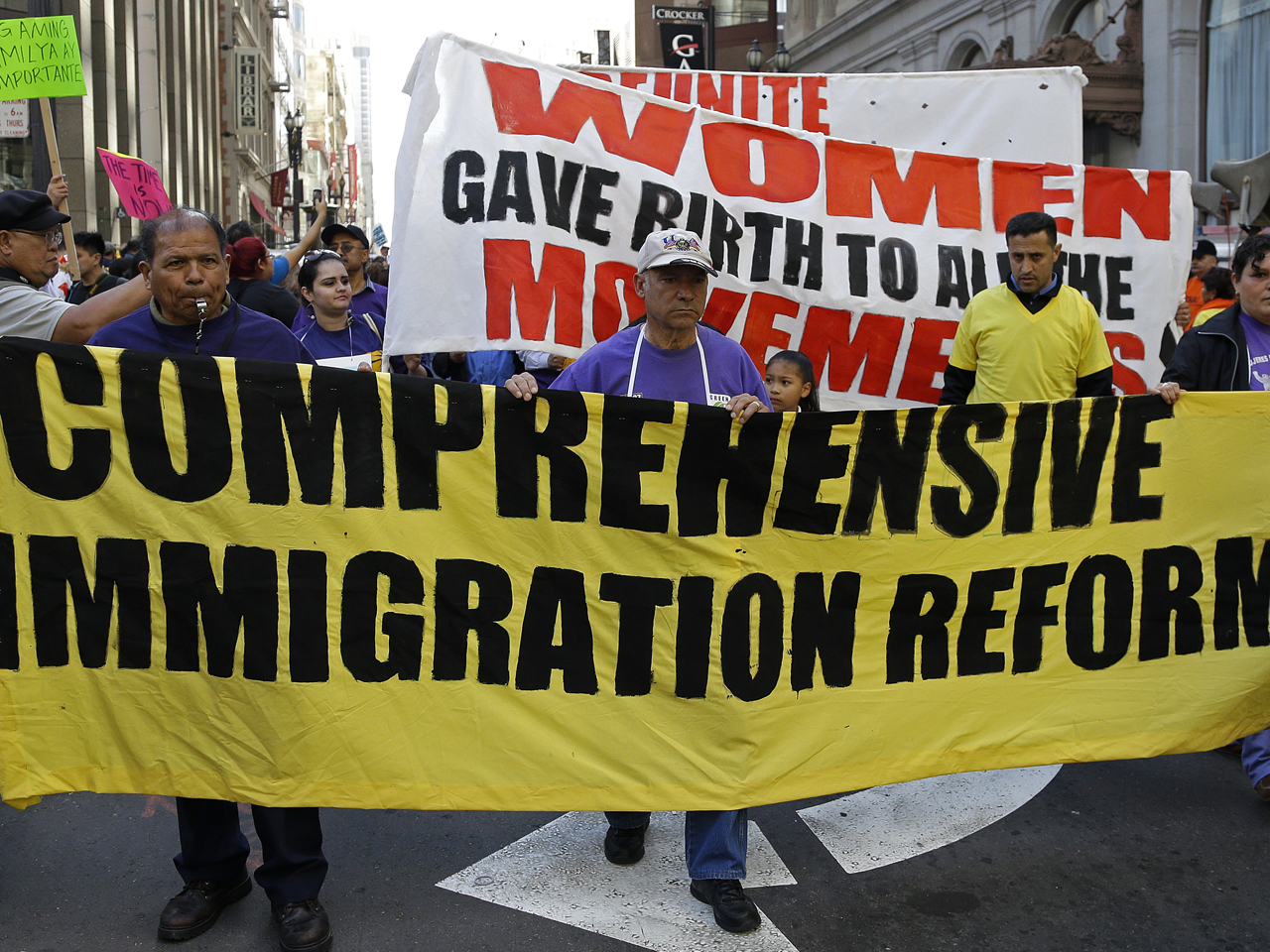 Seeking to slow down efforts at comprehensive immigration reform, the conservative think tank the Heritage Foundation on Monday released a report suggesting that creating a pathway to citizenship for undocumented immigrants would be a huge financial burden on the nation.

So far, however, the report has only served to rankle other conservatives in favor of immigration reform, who called the analysis flawed and politically motivated.

The new Heritage report, authored by Heritage Foundation scholar Robert Rector, concludes that granting "amnesty" to the 11 million undocumented immigrants in the U.S. would cost taxpayers $6.3 trillion over 50 years. The report comes as the Senate works on a comprehensive immigration reform bill authored by a bipartisan "gang of eight" senators -- though as Rector noted on Monday, his analysis does not study the entire bill, just the prospect for "amnesty."

He concluded that over the course of their lifetimes, formerly undocumented immigrants would pay $3.1 trillion in taxes but receive $9.4 trillion in government benefits -- that includes benefits from Obamacare, Social Security and more than 80 other programs. For the basis of his analysis, Rector notes that the typical undocumented immigrant has a 10th-grade education. Households without a high school degree get about $35,000 more in benefits than they pay out in taxes, he noted.

To back up his assertion, Barbour pointed out that the study looks at the cost of "amnesty" over 50 years, even though economic analysts rarely make predictions about the impact of government policy that far in the future. The nonpartisan Congressional Budget Office (CBO), for instance, typically analyzes the 10-year impact of government programs.

"There are a lot of people, including me, that find the government has a hard time making estimates over 10 years," Barbour said in a conference call with reporters. "In this case, it's 50 years so the number will seem gigantic. If you put the cost of anything over 50 years... it's going to be a huge number."

Former CBO director Douglas Holtz-Eakin, now president of the conservative American Action Forum, joined Barbour on the conference call to back up Barbour's criticisms. He said that the study doesn't take into account "what happens when you actually get legalized level playing fields in labor markets" and thus underestimates how much immigrants will contribute to society after they achieve legal status.

"These are individuals who, if they are here unlawfully, have no leverage... no ability to start up their own business, none of the usual bootstraps for getting ahead in the American system," he said. "To the extent that you leave that out entirely, you're going to understate the upward mobility."

While economists should be doing a cost-benefit analysis of immigration reform, Holtz-Eakin contended the Heritage study looks at only the costs.

Rector on Monday defended his report, saying he used methodology set out by the National Academy of Sciences.

Former Sen. Jim DeMint, R-S.C., now president of the Heritage Foundation, also defended the report. "No sensible thinking person could read this study and conclude over 50 years it could possibly have a positive economic impact," he read.

Backers of the Senate legislation, he said, are trying to "play their normal tricks by trying to push some of the expenses outside of the 10-year window."

Clearly acknowledging that his party seems intent on passing some kind of immigration reform, DeMint insisted that it can and should be done -- but without the "amnesty" portion.

"We know that immigration helped to build a strong America and that the proper immigration reform can make it even stronger," he said. "We need an immigration process that attracts workers our economy needs and encourages patriotic assimilation... Let's be clear: amnesty for those who are here unlawfully is not necessary to capture those benefits."

He proposed a "piece by piece" look at immigration reform rather than a comprehensive effort.