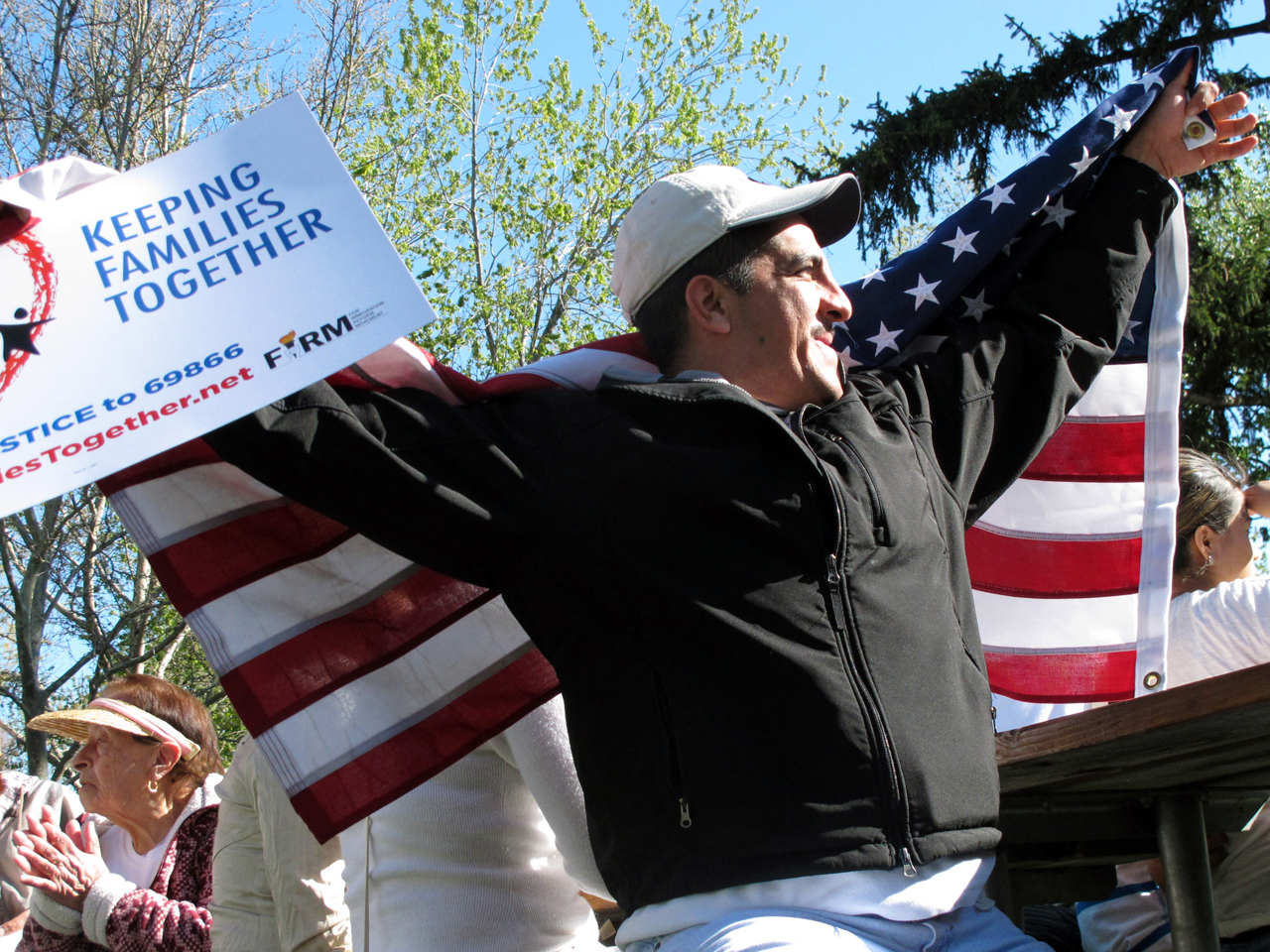 President Obama said there's "no reason" a comprehensive immigration reform bill cannot pass Congress this year in his weekly address on Saturday, delivered from Mexico as the president continues a three-day trip through Latin America.

"In recent weeks, we've seen a common-sense immigration reform bill introduced in the Senate," the president said, referring to a bipartisan reform package devised by a "gang of eight" senators.

That bill, Mr. Obama said, contains "common-sense steps that a majority of Americans support. So there's no reason that immigration reform can't become a reality this year."

The reforms included in the legislation, the president said, would "modernize our legal immigration system" to reunite families and attract highly skilled immigrants whose contribution to the American economy could be particularly substantial. It would also "provide a pathway to earned citizenship" for the estimated 11 million undocumented immigrants living in America, the president added, and "hold employers more accountable if they knowingly hire undocumented workers."

The president also said the reform package would strengthen border security, a critical prerequisite for many conservatives who could conceivably support a broader reform package. "The truth is, our border with Mexico is more secure than it's been in years," the president said, noting that the government has more Border Patrol agents along the southern border than ever before and that illegal border crossings "are down by nearly 80 percent from their peak in 2000." Despite that progress, the president added, "We've got more to do" to secure the border.

During a news conference in Mexico on Thursday, Mr. Obama said that the immigration debate cannot get "bogged down" in border security issues, arguing that the focus on security obscures the need to make "sure legal immigration and legal trade and commerce is facilitated."

In his address, the president also noted the April employment numbers released on Friday, which showed that employers added 165,000 jobs last month, bringing the unemployment down to 7.5 percent.

While lawmakers, including some Republicans, said they were mildly encouraged by the report, the president said he will not rest "until everyone who wants a job can find one." He said that his trip through Latin America could help open more markets to American-made goods and services: "That's why I visited Latin America this week - to work with leaders to deepen our economic ties and expand trade between our nations."

Meanwhile, in the weekly Republican address, Gov. Pat McCrory, R-N.C., touted the reforms he is spearheading in the Tarheel State, contrasting the "entrenched gridlock" and leadership deficit in Washington with states where "strong Republican governors" are working their will to improve the lives of citizens.

In education policy, McCrory said, he has prioritized "engineering, vocational, and technical training - areas where there is an immediate demand for qualified workers."

McCrory also called on the president to "get off the sidelines" and "grant governors the ability to develop energy resources on our lands and off our shores," arguing that more domestic energy production could be a boon for job creation and for energy independence.