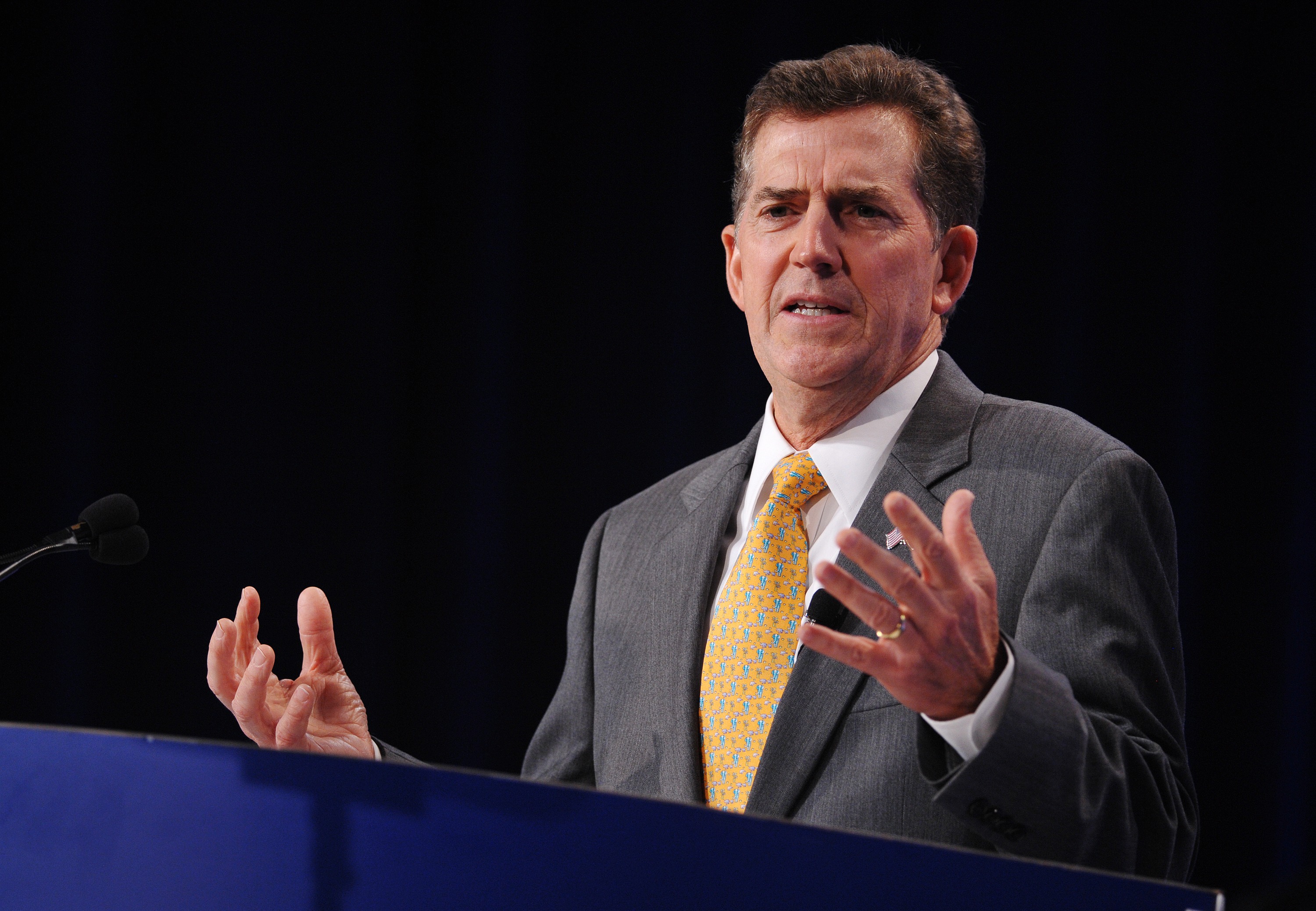 Now the president of the conservative Heritage Foundation, DeMint told ABC's "This Week" that the group is preparing to unveil a study that will show the "staggering cost of another amnesty in our country." At particular issue is the proposal's tenet that would open a path to citizenship for 11 million immigrants living in the United States illegally. DeMint said the report will highlight the "detrimental effects long-term" that would unravel if currently undocumented immigrants were granted government benefits.

"There's no reason we can't begin to fix our immigration system so that we won't make this problem worse," the former South Carolina lawmaker said. "But the bill that's being presented is unfair to those who came here legally. It will cost Americans trillions of dollars."

Estimates by the Congressional Budget Office indicating immigration reform will actually help drive economic growth, DeMint said, are moot since the CBO is just "puppets of the Congress and the assumptions they put in the bill." The Heritage Foundation, he added, "is the only organization that has done an analysis on the cost," and the figure it will release this week is "much more than" the $2.6 trillion estimate the group came up with in 2007.

"If you consider all the factors related to the amnesty - and, believe me, this is comprehensive - that it will have a negative long-term impact on our gross domestic product," DeMint said. "So we just want Congress, for once, to count the cost of a bill. They're notorious for underestimating the cost and not understanding the consequences."

Some Republican lawmakers have recently begun wielding the Boston Marathon bombings - allegedly carried out by Chechen immigrants - as a newfound reason to proceed cautiously with immigration reform.

Hoping to make the issue a hallmark of his second term, President Obama said Saturday during a three-day swing through Latin America that he sees "no reason" to forge ahead. White House spokesman Josh Earnest told reporters Sunday the president is "pleased with the efforts that are underway" and sees "an emerging bipartisan agreement."

Appearing on "Meet the Press," Sen. Patrick Leahy, D-Vt., chairman of the Senate Judiciary Committee that's slated to hold a markup of the immigration bill this week, said he thinks the bill can make it through both chambers and onto Mr. Obama's desk: "I think the so-called 'gang of eight' - four Democrats, four Republicans, across the political spectrum - deserve an enormous amount of credit," Leahy said. "And I think we can get it passed."