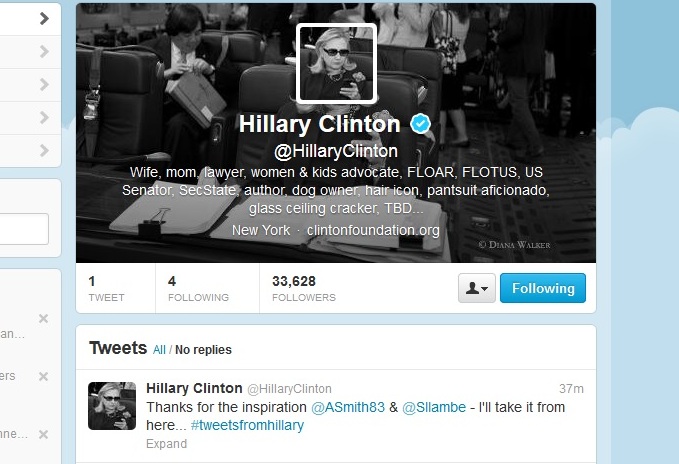 Thanking the "Texts from Hillary" creators, former Secretary of State Hillary Clinton sent her first tweet this morning on a verified account separate from that she used while in the State Department. The account had been locked, without a profile image, for at least a week before followers flocked to her account.

Both former President Bill Clinton and their daughter Chelsea Clinton are among the over 59,000 people who have followed the account since it became public Monday morning. She is using the now-famous picture of her wearing sunglasses and checking her phone as her profile image - the same picture "Texts from Hillary" creators Adam Smith and Stacy Lambe used for their Tumblr.

Her bio, which lists her titles - from wife and secretary of state to "hair icon, pantsuit aficionado [and] glass ceiling cracker" - culminates in "TBD..." leaving open the possibility for future positions.