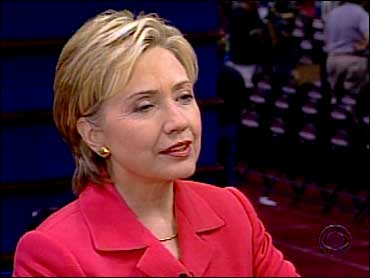 Murdoch has maintained that Clinton has been a good senator and that his support for her now doesn't say anything about who he might back for president in 2008. Clinton leads national polls among potential Democratic presidential contenders. Her campaign reported raising $5.7 million during the second quarter of this year.

There was shock and upset when the Clinton-Murdoch fundraiser was initially announced and the two have tried to downplay the event ever since, reported the New York Daily News. Even when Clinton left the News Corp. Manhattan offices, she exited by a side door.

The NRSC declined to comment about Murdoch's attendance at the Clinton fundraiser, CBSNews.com reports.

Murdoch's media holdings include the New York Post and the Fox television network.