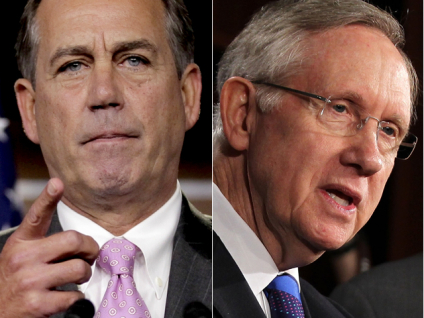 Approval ratings for Congress dropped into single digits this month for the first time since CBS News and the New York Times began asking the question more than three decades ago.

In a poll released Tuesday, just nine percent of Americans said they approve of the job lawmakers on Capitol Hill are doing. The all-time low is down 2 points from an 11 percent approval rating just a month ago, and is the first single digit level since the question was first asked in 1977.

According to the poll, which was conducted between October 19-24, Americans also have less trust than ever in the government's ability to make the right decisions: Just one in ten Americans currently say they trust the government to do what is right all or most of the time - down from 23 percent who said the same just a year ago. That figure - at just 1 percent - is a record low since the CBS News/New York Times poll first asked the question in 1976.

Eighty-nine percent of Americans - a record high - say they trust the government only some of the time or never.

Moreover, congressional disapproval is not confined to one party: more than four out of five Republicans, Democrats, and Independents (83 percent, 83 percent, and 85 percent, respectively) disapprove of the job Congress is doing.

President Obama's approval rating remains consistently below the 50 percent mark, with 46 percent of Americans approving of his job performance and 46 percent disapproving. That's a slight uptick from his rating in September of 2011, when he earned 44 percent support.

This poll was conducted by telephone from October 19-24, 2011 among 1,650 adults nationwide. 1,475 interviews were conducted with registered voters and 455 with voters who said they plan to vote in a Republican primary. Phone numbers were dialed from samples of both standard land-line and cell phones. The error due to sampling for results based on the entire sample could be plus or minus two percentage points. The margin of error for the sample of registered voters could be plus or minus three points and four points for the sample of Republican primary voters. The error for subgroups may be higher. An oversample was conducted for this survey which will be analyzed in a future poll release. This poll release conforms to the Standards of Disclosure of the National Council on Public Polls.